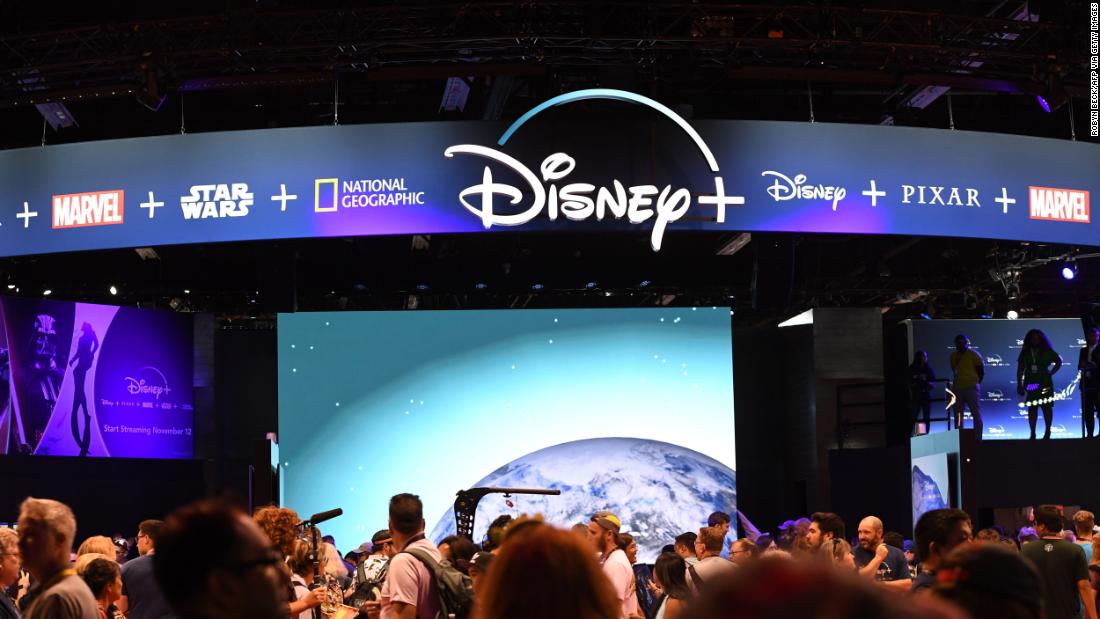 The company’s new streaming service, which launched in November for $6.99 a month, couldn’t have come at a better time for Disney (DIS). With its parks and resorts closed and its movies delayed, Disney+ has been a bright spot. Growth has skyrocketed as millions are stuck at home, starving for content.
But Disney’s biggest blessing has also been a major burden. The growth of Disney’s direct-to-consumer business has come at major cost for the company. Overall profits have plunged because of the virus.

Disney said Tuesday its profit dropped a whopping 91% last quarter. The largest chunk of that decline was because Disney closed its theme parks around the world. But the mammoth costs associated with getting Disney+ off the ground nearly matched what the park closures contributed to the profit declines.
The company’s reported operating loss for its streaming unit, which also includes Hulu and ESPN+, was $812 million in the second quarter.

That’s not really a huge surprise: Building a streaming division — from producing and acquiring content to launching a global marketing campaign — is expensive.

Disney expected this, which is why it projected last year that Disney+ wouldn’t achieve profitability until fiscal 2024.

But one thing that Disney didn’t expect when it jumped into the streaming business is that its blockbuster studio and its solid parks division wouldn’t be there to help offset the losses.

Disney+ has racked up roughly 54 million paid subscribers globally, which puts it within striking range of Disney’s long-term goals after just a few months, but “that’s not ultimately its higher purpose,” Benes said.

Disney+’s higher purpose is to market the rest of Disney, which is mostly shut down, he said.

“Disney+ was definitely going to be used a lot for watching ‘The Mandalorian’ and old movies, but it entices people to go and buy merchandise and to go to a theme park and to go see that next movie,” he said. “And with parks shut down and with theaters closed, it’s really tough to use it as a marketing vehicle like that.”

That said, Disney announced on Tuesday that Shanghai Disneyland, which has been closed since January, will re-open in phases on May 11, and has set dates for its delayed films.
Disney’s streaming profitability struggles could be a troubling sign for other services that are launching nationwide in the coming months, Benes said. That includes Comcast’s (CCZ) Peacock and AT&T’s HBO Max. (AT&T is the parent company of CNN.)
“All these companies launching streaming services basically use another division to bolster it up. But AT&T (T) and Comcast (CCZ) are fortunate because they sell internet service and that’s really in demand right now,” Benes said. “They will benefit in the short term on the streaming side, but overall I think it’s going to be really tough. These companies are taking a huge hit because of coronavirus, and that makes it more difficult to operate streaming services at a loss.”