Disney is postponing the reopening of Disneyland 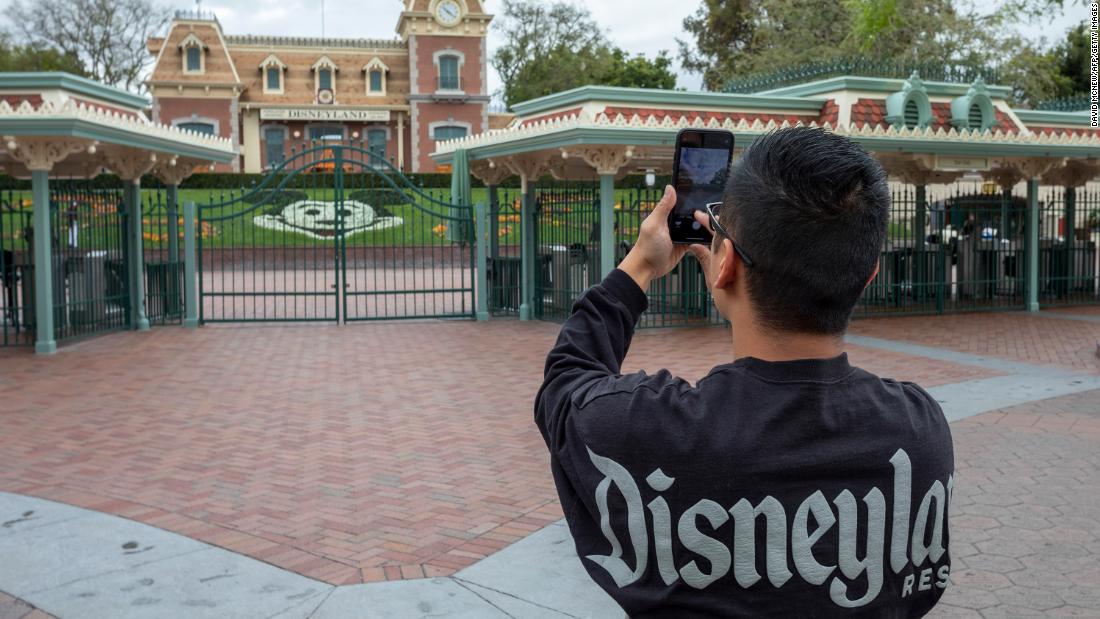 Disney (DIS) did not give a new reopening date for the Disneyland resort.

The company said that the State of California had indicated it would not issue theme park reopening guidelines “until sometime after July 4,” according to a statement. “Given the time required for us to bring thousands of cast members back to work and restart our business, we have no choice but to delay the reopening of our theme parks and resort hotels until we receive approval from government officials.”

The news of Disneyland’s delayed reopening comes as coronavirus cases are spiking across the country, especially in California.

California blew by its previous single-day high with more than 7,149 cases reported Wednesday, according to data from the state Department of Public Health.

Disney still must negotiate with its unions before the parks can be reopened. The company said it has had “positive discussions” and has signed agreements with 20 union affiliates.

The company has gotten pushback from unions that represent Disneyland workers about the reopening. An online petition on Change.org, which called for Disney to schedule the reopening of Disneyland to a later date. That petition has over 50,000 signatures.

“Once we have a clearer understanding of when guidelines will be released, we expect to be able to communicate a reopening date,” the statement said.

Disney World, Disney’s flagship resort in Florida, is still on track to reopen its gates next month.

Located Orlando, Florida, Disney World plans to begin a phased reopening on July 11 for its Magic Kingdom and Animal Kingdom parks and on July 15 for EPCOT and Hollywood Studios, the company said last month.

Disneyn is implementing several measures to reopen safely and prevent the spread of coronavirus at its parks, including requiring employees and guests to wear face coverings. Disney also will reduce capacity at the parks and the resort will temporarily suspend parades, fireworks and other events that create crowds.
An online petition on MoveOn.org is urging Disney and government officials to reconsider opening Disney World next month as coronavirus cases surge in Florida. The petition has been signed by more than 8,500 people as of Wednesday night.