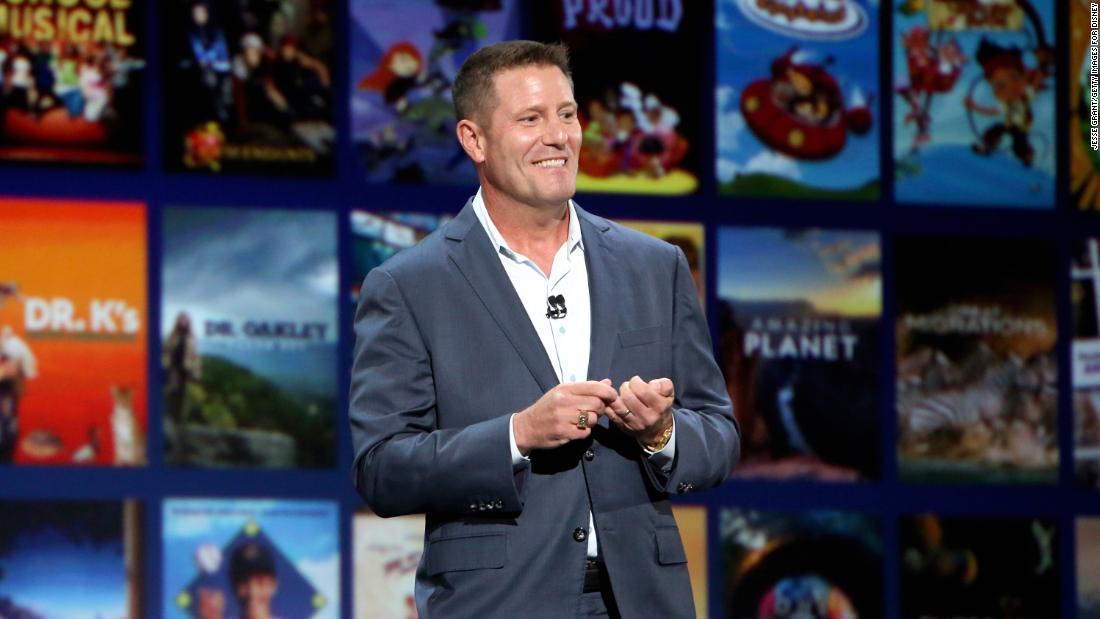 Mayer is leaving Disney after he was widely viewed as being passed over for the top job earlier this year. Mayer will be the CEO of the popular short-form video app as well as the chief operating officer of ByteDance, TikTok’s parent company. He was the chairman of Disney’s direct-to-consumer unit since its founding in 2018.
TikTok’s popularity is surging during the coronavirus pandemic as many people around the world continue to stay home and look for fresh ways to occupy their time.

Under Mayer’s leadership, Disney shifted its business focus from films and television to the world of streaming. The move led to Disney+ coming out of the gates fast with more than 50 million paid subscribers in a matter of months.

Mayer’s departure is a surprising one, but comes after he wasn’t chosen to replace Bob Iger as Disney’s CEO earlier this year. That job ultimately went to Bob Chapek, who served as chairman of Disney Parks, Experiences and Products.

“I am very proud of what our extraordinarily talented Direct-to-Consumer and International team has accomplished in creating and delivering a world-class portfolio of streaming services, particularly Disney+,” Mayer said in a statement Monday.

TikTok was downloaded 315 million times from January through March, according to analytics firm Sensor Tower, surpassing any other app ever for a single quarter. TikTok now has 2 billion downloads, double its total from just 15 months ago.

However, lawmakers in the United States have warned that the Chinese-owned app could pose a national security risk. Senators Chuck Schumer and Tom Cotton previously said TikTok and other Chinese-owned platforms could be used to spy on US citizens or for foreign interference campaigns.

Naming an American CEO from a family-friendly brand like Disney, which also has a massive China presence, could be a way to help address regulatory scrutiny.

“TikTok and its Chinese ownership have come under a lot of scrutiny over the past couple of years, and bringing in someone with a strong, major media company pedigree in the US, is probably going to be a smart move for them,” said Debra Aho Williamson, principal analyst at eMarketer.

On Monday, Republican Sen. Josh Hawley tweeted that he looks forward to hearing from TikTok’s new CEO “under oath.”
TikTok is the only social media network owned by a Chinese company to take off significantly outside of China. Still, it faces stiff competition from established players, including Facebook (FB) and its subsidiary Instagram, as well as YouTube.
While the app has long been very popular with teens, it’s recently seen a surge of interest from millennials and Gen Xers. While under stay-at-home orders, many families have embraced the app’s popular dance challenges and other trends.

Disney announced that Rebecca Campbell would be taking over for Mayer as the new head of Disney’s streaming division. Campbell most recently served as the president of the company’s Disneyland Resort in California.

Disney also named Josh D’Amaro as the new chairman of Disney’s parks, experiences and products unit — a spot that was left vacant by Chapek.

The news of Mayer’s departure comes during a rough year for Disney, as the coronavirus pandemic has hit nearly every part of its business: its parks and resorts have closed around the world, major films like “Mulan” and “Black Widow” are delayed, and one of its biggest media networks, ESPN, is scrambling to fill its airtime due to a lack of sports. The company reported earlier this month that its profit dropped a whopping 91% last quarter.

The one bright spot for the company has been Disney+. In just five months, the company’s streaming service racked up 50 million paid subscribers globally, a number it originally projected would take nearly four years to hit.

Now, Disney has to head into an unknown future without the man who helped build Disney+ into a new streaming giant.