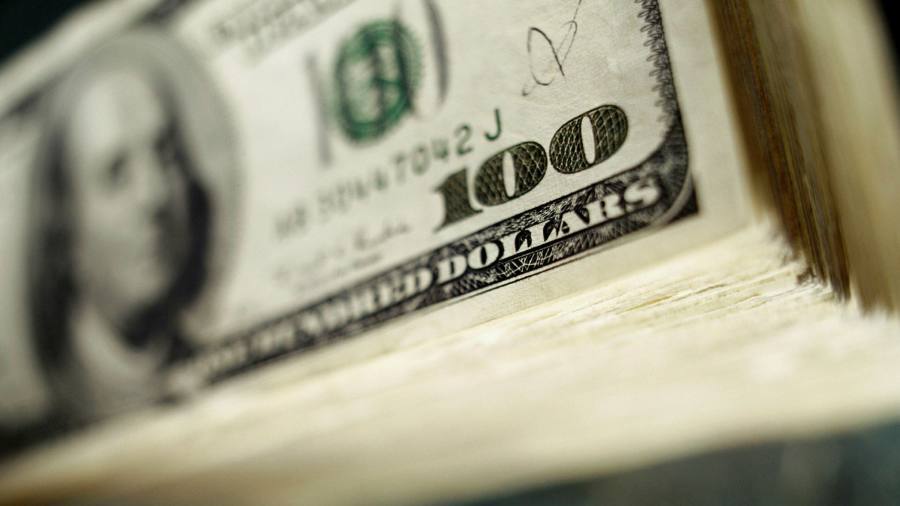 The US dollar is heading for a drop towards the end of this year, according to strategists, in what would mark a reversal from a record-breaking surge when coronavirus first washed over markets.

The world’s most important currency shot higher in March, reaching its strongest ever point when stock and bond markets suffered the most intense phase of the pandemic’s impact. A month later, the dollar — widely considered a haven in times of stress — remains unusually strong.

But some analysts and investors are confident that the tide will soon shift, after central banks around the world acted to ease the flow of dollars around the financial system. Big cuts in US interest rates, which are much larger than those in other big economies, are also likely to drag down the dollar in the coming months, they say.

“The most bearish outcome for the dollar is that the global economy recovers as expected and the [US Federal Reserve] stays dovish,” said Eric Stein, a portfolio manager at Eaton Vance. “We are seeing some of the conditions for a weaker dollar slotting into place.”

That funding stress eased after the Fed installed or revived swap lines with 14 other central banks, helping currencies like the euro and sterling to recover some ground. The US central bank quickly followed up with a new facility that allows international monetary authorities to temporarily swap their holdings of US Treasury bonds for dollars.

Despite all that, the dollar is still nearly 10 per cent higher against the Australian dollar and 25 per cent stronger against the Mexican peso than at the beginning of the year. On a trade-weighted basis it is at a three-year high.

That poses a risk to governments and companies around the world that have borrowed in dollars and now face a tougher time repaying those debts.

“There is so much dollar debt outside the US globally, that policymakers around the world want to make sure that the currency doesn’t strengthen further,” said Mr Stein.

The dollar can probably remain elevated for now, due in part to bursts of nerves that tend to support the currency. Goldman Sachs analysts said they continue to favour the dollar against the euro, for example, over the short term.

But the Fed’s aggressive response to the crisis could lead to a weaker dollar by the end of the year, said Mark McCormick, global head of foreign exchange strategy at TD Securities.

“We’ll see a market top . . . in the next couple of months as the Fed story overrides the dollar,” he said.

Before the pandemic spread the US had the highest key interest rates among developed economies, which supported the dollar as investors sold currencies with negative rates like the euro to buy the greenback and profit from higher yields. But after coronavirus struck, the Fed delivered two emergency rate cuts in quick succession to about zero, as well as announcing interventions in markets for US Treasuries, agency mortgage-backed securities, commercial paper and corporate debt, among others.

Other central banks, like the Bank of England and the Reserve Bank of Australia followed suit and cut key rates to near zero. By eliminating interest rate differentials, central banks have wiped out carry trades and put longer-term valuations in focus, said Ugo Lancioni, head of global currency at Neuberger Berman.

“There is no doubt that activity will bounce back after the lockdown, but the damage has been done and it’s the governments that are picking up the bill, which means debt to GDP moving significantly higher globally,” he said.

“The US is being the most aggressive with easing and government spending and as a result we expect to see the biggest deterioration in public finances there,” said Mathieu Savary, a strategist at BCA Research.