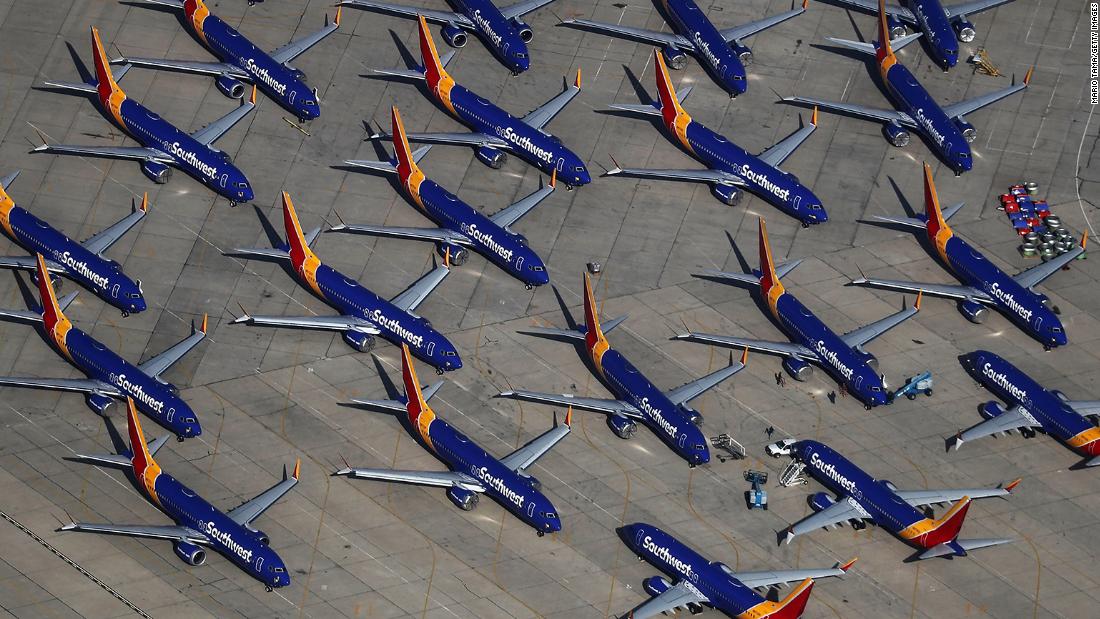 The plane was grounded in March 2019 after two fatal crashes that killed 346 people. Boeing has been working on fixing the automatic safety feature that malfunctioned and forced the nose of both planes down, causing the crashes. But Boeing has missed deadline after deadline to win regulatory approval along the way. Its most recent target — approval by the middle of this year — is now here. So are the test flights that are one of the final steps needed for clearance.

With that history of missed deadlines, neither the Federal Aviation Administration nor Boeing will say when the plane will be approved to fly passengers again. The airlines have indicated they aren’t planning on flying the plane until late this year, at the earliest.

Experts say that’s a relatively safe bet. “It’ll take several months, easily, to deal with the training and fixes,” said Richard Aboulafia, aerospace analyst with the Teal Group. “The Covid-19 situation will hobble the process a little bit. A couple of days before Thanksgiving is my bet for when it flies.”

Pilots from the FAA started test flights with the plane last week and are continuing those tests this week. Once the agency is satisfied, it could give relatively quick clearance for the plane. But that’s only the start, not the end.

Boeing will then need to get approval from other aviation regulators around the globe — a crucial step, since most of the 387 planes that have already been delivered are in the hands of overseas carriers.

Next Boeing will need to start making repairs on those grounded planes, as well as the more than 400 planes it has built during the grounding which have yet to be delivered.

And it’s not just the safety features that need to be repaired. During this process, problems with the Max’s wiring system were also discovered. Boeing will need to fix that, too.

“Boeing has already begun modifying [the wiring of] airplanes that have not yet been delivered and is coordinating modification efforts with the airlines,” the company said. “New airplanes being built will include this update as well.”

Pilots will need to spend significant amounts of time in simulators and training, as they must know how to respond if the safety system is triggered. The investigations have raised questions about whether the pilots had enough training when they moved from an earlier version of the 737 to the Max.

A perilous time for aviation

The biggest change in circumstance is that the Covid-19 pandemic, and the resulting collapse of demand for air travel has grounded many of the planes around the globe, including a large percentage of the earlier versions of the 737 jets.
Huge losses have prompted many airlines to cancel orders for jets to save costs. Boeing has reported 313 canceled orders for the Max, and that doesn’t include orders for 92 of the planes announced recently by Norwegian Air Shuttle.
Boeing kept building the 737 Max after the grounding, even though it wasn’t able to deliver it. But as the approval process stretched on, it couldn’t afford to keep doing that because most of the money it gets for the jets comes at the time of delivery. After pausing production in January just before the Covid-19 outbreak started causing widespread problems for airlines, Boeing is again building the 737 Max, albeit at a slower pace.
The canceled orders and the coronavirus pandemic, from which air travel could take years to recover, have caused the company to cut back its production schedule for all of its jets. It is in the process of cutting 10% of its staff, 16,000 jobs, in response to the slowdown.
Demand for the plane isn’t as great as when airlines were filling most of their seats with paying passengers as recently as the end of last year.

“We have too many airplanes right now,” said Southwest CEO Gary Kelly at the company’s shareholder meeting last month talking about the outlook for a return to service for the Max. Southwest flies nothing but 737 jets.

Southwest (LUV) hasn’t canceled any of the orders it has for 280 of the jets, though it has pushed back the orders for planes that had been scheduled for delivery by 2021. It had 34 of the planes in its fleet at the time of the grounding, the most of any airline.

But Kelly said he would like to see the 737 Max planes it owns in service carrying passengers sooner rather than later, along with , as well those that Boeing has already built for it but has yet to deliver.

“The Max airplane is superior to the …[version of the] 737 that we’re currently operating. It burns less fuel. It’s an excellent airplane. And certainly in this environment, we would love to retire some of our older aircraft, avoid some expensive maintenance and a substitute with the newer airplanes.”

Getting approval for the jet to fly passengers again is important to both Boeing and its airline customers. But in the time of the pandemic and the worst crisis in memory for the global aviation industry, it’s just not as important as it seemed at the start of this year.