Don’t Lose the Thread. The Economy Is Experiencing an Epic Collapse of Demand. 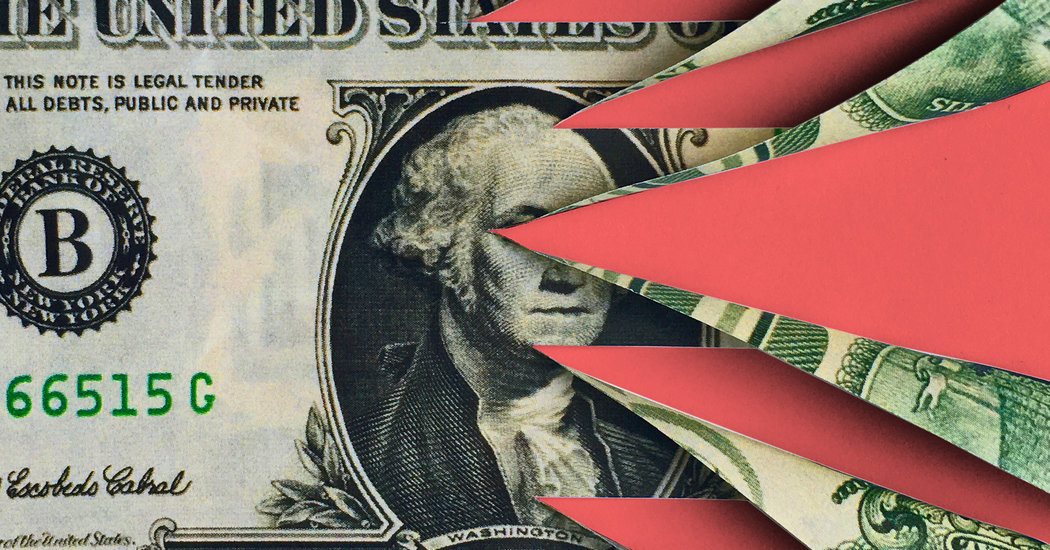 Despite it all — a nation on edge, with an untamed pandemic and convulsive protests over police brutality — for the first time in three months there is a scent of economic optimism in the air.

Employers added millions of jobs to their payrolls in May, and the jobless rate fell, a big surprise to forecasters who expected further losses. Businesses are reopening, and the rate of coronavirus deaths has edged down. The Trump administration has begun pointing to what are likely to be impressive growth numbers as the economy starts to pull out of its deep hole.

All of that is good news, and far better than the alternative of a continuing collapse in economic activity. But it also creates a risk: distraction and complacency.

You can already sense in the public debate over the economy that people are starting to lose the thread — viewing the slight rebound from epic collapse as a sign that a crisis has been averted. That certainly is the kind of optimism evident in the stock market, which is now down a mere 1.1 percent for the year.

But there are clear signs that the collapse of economic activity has set in motion problems that will play out over many months, or maybe many years. If not contained, they could cause human misery on a mass scale and create lasting scars for families.

The fabric of the economy has been ripped, with damage done to millions of interconnections — between workers and employers, companies and their suppliers, borrowers and lenders. Both the historical evidence from severe economic crises and the data available today point to enormous delayed effects.

“There’s a lot of denial here, as there was in the 1930s,” said Eric Rauchway, a historian at the University of California, Davis, who has written extensively about the Great Depression. “At the beginning of the Depression, nobody wanted to admit that it was a crisis. The actions the government took were not adequate to the scope of the problem, yet they were very quick to say there had been a turnaround.”

Though it may not attract the attention that reopening beaches and a soaring stock market might, the evidence is everywhere if you look closely.

Consider those seemingly great new employment numbers. It is clear that many workers who were temporarily laid off in March and April returned to work in May, such as employees at once-closed restaurants that opened up, or construction workers who returned to job sites.

But it still left the economy with 19.55 million fewer jobs than existed in February. And the rebound came in part thanks to more than $500 billion in federal aid to small businesses offered on the condition that workers be retained, under the Paycheck Protection Program.

Other data points to a severe but slower-moving crisis of collapsing demand that will affect many more corners of the economy than those that were forced to close because of the pandemic.

New orders for manufactured goods, for example, remained in starkly negative territory in May, according to the Institute for Supply Management; its index came in at 31.8, far below the level of 50 that is the line between expansion and contraction.

And despite the net gain in employment in May, there have been many announced layoffs at companies outside sectors directly affected by the pandemic. This suggests that the forced shutdown of travel, restaurant and related industries is rippling out into a broad-based shortage of demand in the economy.

Consider just a partial list of large well-known companies unaffected by the direct first-round effects of pandemic-induced shutdowns, but which have since announced layoffs: Chevron, I.B.M. and Office Depot.

Last week, the Congressional Budget Office tried to put a number on the aggregate economic activity that will be lost over the next decade compared with what was projected at the start of the year. That number is $15.7 trillion, reflecting both less economic activity and deflationary forces that reduce prices.

That is 5.3 percent less “nominal” output, meaning not adjusted for inflation, than had been forecast. For comparison, from 2008 to 2018, total nominal output came in 6 percent below the level the C.B.O. had forecast at the start of 2008.

We know how miserable that economic crisis and sluggish recovery were, with long-term costs to earnings and well-being. The C.B.O. is now forecasting that the next decade will be nearly as bad — but emphasizes that policy choices will shape how things actually evolve.

The economy is a gigantic machine in which one person’s consumption spending generates someone else’s income. The pandemic began by crushing the economy’s productive capacity — a shock to the supply side of the economy, as many types of business activity were shut down for public health concerns.

In normal times, when there is a negative supply shock (say, a year of drought that reduces agricultural crops, or new tariffs that make imports more expensive), the pain can be intense for people in sectors directly affected, yet the economy as a whole adjusts.

But this crisis is so large and so sudden that the usual adjustment mechanisms aren’t working very well.

The people losing their jobs because of shutdowns cannot easily find new ones, because so much of the economy is shuttered at the same time. The businesses in danger of closing have cut every possible expense: A hotel isn’t going to invest in new furniture or new reservation software right now. And consumer demand for some seemingly safe goods falls because those goods are complements to the sectors that are shut down.

The result is that what started as a disruption to the supply side of the economy has metastasized into a collapse of the demand side, she and co-authors say in a recent working paper. They call it a Keynesian supply shock: an inversion of the demand-driven crisis of the Great Depression described by the great economist of that era, John Maynard Keynes.

“Demand is interrelated with supply,” said Iván Werning, an M.I.T. economist and a co-author of the paper. “It’s not a separate concept.”

The demand shock, with lagged effects, is only beginning to hurt major segments of the economy, like sellers of capital goods that are experiencing plunging sales; state and local governments that are seeing tax revenues crater; and landlords who are seeing rent payments dry up.

The government can’t wave a wand and bring back industries that are semi-permanently shuttered. That original supply shock can be fixed only as public health conditions allow sports arenas and the like to reopen.

But the government can act — and has acted — to try to keep demand for goods and services at pre-crisis levels. That, in turn, can smooth the path for other sectors to grow so that there is not a prolonged depression of jobs, income and investment, with a resulting reduction in the economy’s long-term potential.

In the early phase of the crisis, Congress expanded unemployment benefits, funneled hundreds of billions of dollars toward small businesses to keep workers on their payrolls, and supported state governments, among other steps. But much of this help is scheduled to expire this summer, absent further action — and the positive jobs numbers Friday led many Republicans on Capitol Hill allied with the Trump administration to suggest that they were reluctant to do more.

It is against his backdrop that some of the most influential — and fiscally conservative — voices in economic policy are saying that further aggressive spending is needed to prevent this shock from causing long-lasting damage to the economy.

“This is the time to use the great fiscal power of the United States to do what we can to support the economy and try to get through this with as little damage to the longer-run productive capacity of the economy as possible,” Jerome Powell, the Federal Reserve chair and a longtime fiscal hawk, said at a news conference in late April.

“Please, spend wisely, but spend as much as you can!” Kristalina Georgieva, the managing director of the International Monetary Fund, implored the world’s governments at an event in May. “And then, spend a bit more for your doctors, for your nurses, for the vulnerable people in your society.”

Both the Fed and the I.M.F. more typically act as brakes on fiscal profligacy. For Mr. Powell and Ms. Georgieva to effectively beg elected officials to stop a spiraling crisis reflects the unusual circumstances of this moment and the extraordinary risk they see if government action is inadequate to the job. Their comments are the equivalent of a normally debt-averse financial adviser urging a family to borrow more money to ride out a period of illness without suffering long-term financial damage.

When the crisis we now know as the Great Depression began in 1929, President Herbert Hoover started with denial, then tried blaming other countries, then argued that there was nothing the government could really do to contain the damage.

Eventually, the Hoover administration took more aggressive action, creating a large federal program of mass employment. “He gave a speech and said that 700,000 Americans were at work on federal public works, and it was bigger than anything that had done before,” Mr. Rauchway said. “And that was true, but it was at a time when more than seven million people were out of work.”

That crisis showed how when there are profound rips in the economic fabric, repairing them isn’t a simple job, it isn’t quick, and even what seems like a huge response often isn’t enough.

It’s great that the economy is ticking up from its shutdown of March and April. And the world right now is confusing and chaotic. But that makes it all the more important not to lose focus on fundamental forces that risk holding back the economy and that, if unchecked, could mean a second lost decade in this young century.