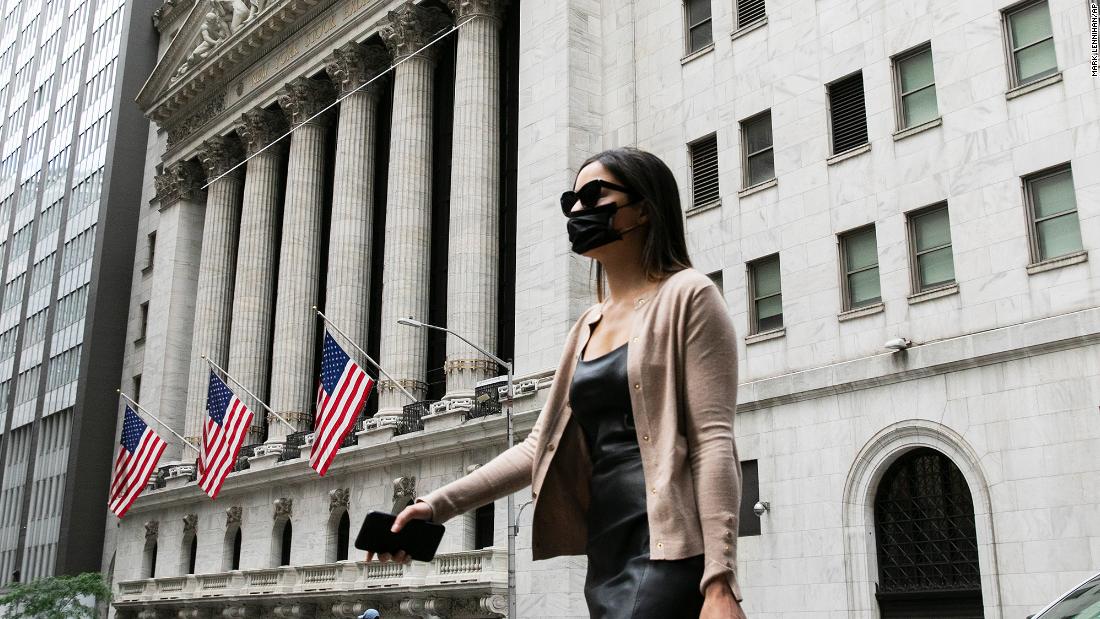 Stock gains around the world helped boost US market sentiment Monday. Asian markets rallied sharply, with the Shanghai Composite (SHCOMP) recording its best day in five years, closing up 5.7%. Loosened financial regulations and hopes for further government support for markets could ring in a new bull market in China. Chinese state media over the weekend said investors were rushing into Chinese stocks. European markets are also firmly in the green.
US stocks rode that wave, starting higher at the opening bell in New York. The Dow (INDU) jumped 1.4%, or 365 points, while the S&P 500 (SPX), the broadest measure of Wall Street, climbed 1.3%.

The S&P is on track for its fifth straight day of gains, which would be its longest winning streak since December.

The Nasdaq Composite (COMP) opened up 1.5%, putting it on pace for a fresh all-time high Monday, as well as its fifth day of gains in a row.

Monday’s rally in US stocks once again shows that investors prefer to ignore the rising Covid-19 infections across America if there are other news to focus on. Over the weekend, both Florida and California set new record highs for total infections.

“Stock investors will soon start finding out exactly how the lockdown has hit company profits, with the second-quarter reporting season due to kick off,” said Fawad Razaqzada, market analyst at ThinkMarkets.

Investors will keep a close eye on companies’ guidance — and if a lot of firms warn of worse times to come, it could put an end to the stock rally, he added.

Economists at Goldman Sachs (GS) warned over the weekend that the resurgence of cases across America’s Sun Belt is an obstacle for the economy’s recovery from the pandemic recession. The bank now predicts a weaker rebound in the third quarter of the year — an annualized jump of 25% rather than 33% — in part because consumer spending will “pause” in the summer months.

So far, though, Wall Street doesn’t want to hear the pessimistic news. Unprecedented fiscal and monetary stimulus to get the country through the crisis has boosted stock valuations over the past few months.

On Monday, the Federal Reserve announced its Main Street Lending Facility, perhaps the most highly anticipated part of the central bank’s stimulus program, is now fully operational. The facility allows the Fed to lend to small and medium-sized businesses.