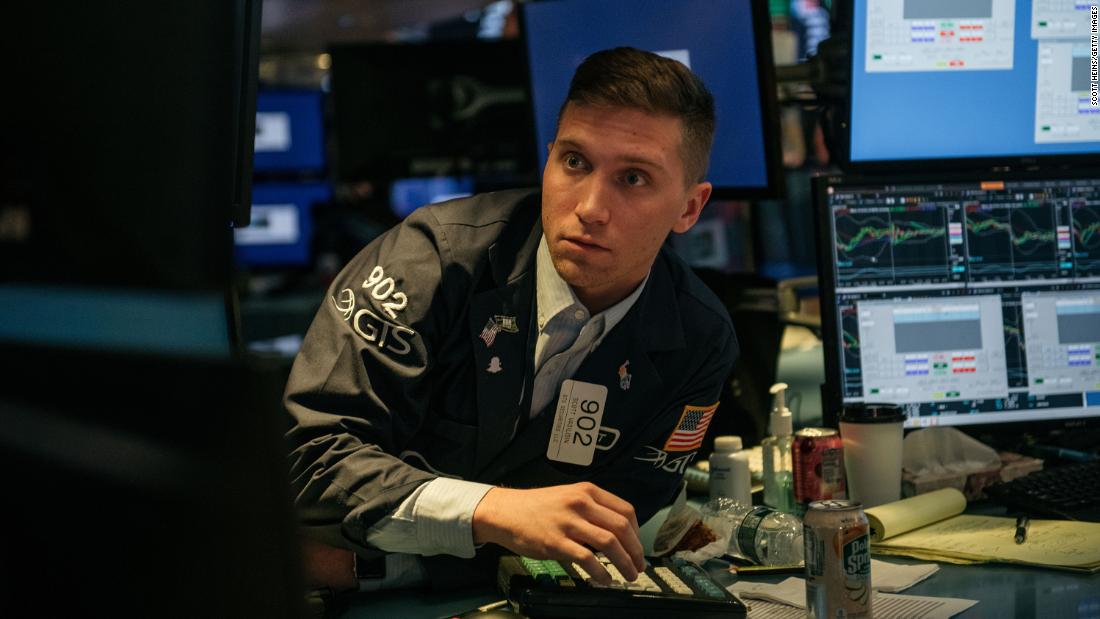 But the rebound was strong on Monday. After a sharply higher open and some flipping between gains and losses mid-morning, stocks moved solidly higher.

If the two indexes close in positive territory, they would snap a seven-day losing streak.

Investors are pushed and pulled into different directions by headlines about the novel coronavirus outbreak. On the one hand, the Organization for Economic Cooperation and Development warned Monday that the outbreak could significantly slow down global growth.

Meanwhile, hopes for stimulus action from the world’s central banks are keeping investors from throwing in the towel. The Bank of Japan said it would provide “ample liquidity” to keep financial markets stable and the Bank of England also pledged to do what’s necessary for the British economy’s stability.

The Federal Reserve next meets on March 18 and market expectations for a half-percentage point interest rate cut are at 100%, according to the CME’s FedWatch Tool.
That said, Fed officials have been speaking out against immediate rate cuts and Fed Chairman Jerome Powell said last week that “the fundamentals of the US economy remain strong.”

Although a Fed rate cut could revive investor sentiment — at least in the short-term — market participants are skeptical of how much monetary policy can really do against a global disease outbreak.

Commodities broadly rebounded from last week’s selloffs. Gold futures were up 2%, while US oil prices climbed 5.1%.

US Treasury yields, meanwhile, continue to trend lower. Treasuries are a common safe haven investment that receives a lot of buying interest during times of trouble. Bond prices and yields move opposite to each other. The 10-year yield dropped to a all-time low just above 1%.

America’s battered manufacturing sector grew in February, according to the Institute of Supply Management. It was the second positive month in a row for the sector, which had fallen into a recession in the second half of 2019 on the back of the US-China trade war.