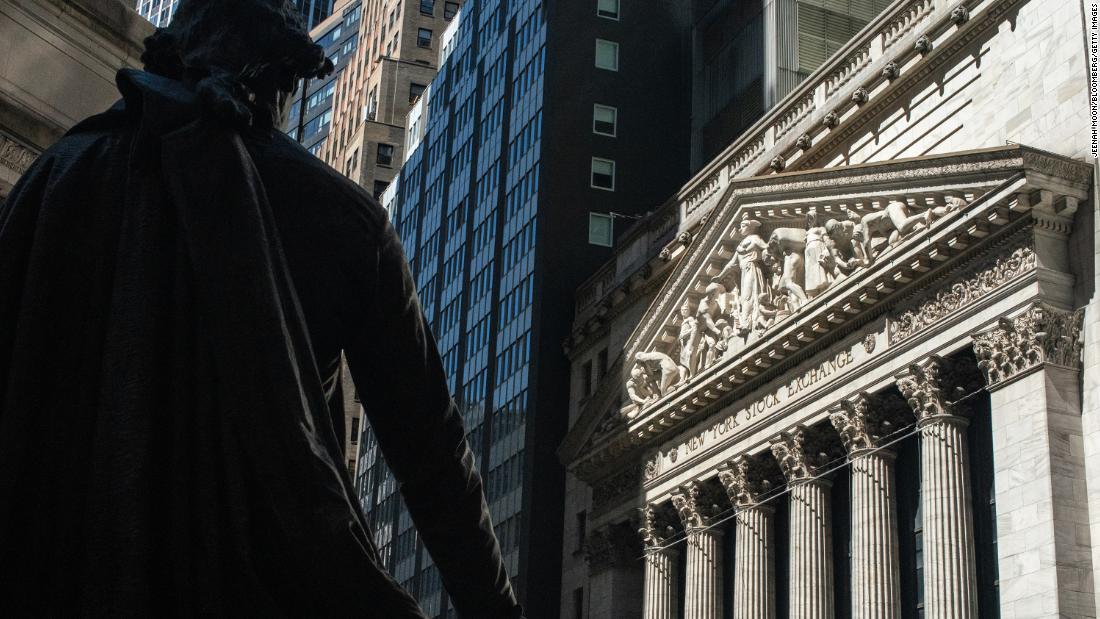 US stocks soared at the opening bell in New York, building on the prior session’s gains that came on the heels of a turbulent day.

The Dow (INDU) rallied more than 800 points at the open before paring its gains. The index was up 200 points, or 1%, around mid-morning. The S&P 500 (SPX) and the Nasdaq Composite (COMP) followed the same pattern, pulling back from their initial gains. The S&P was up 1%, and the Nasdaq climbed 0.7%.
Surprisingly strong retail sales data for May helped sentiment. Retail sales jumped 17.7% last month — far more than expected — for a sharp comeback after collapsing in April. Excluding cars and auto parts, sales increased 12.4%, according to the Census Bureau.

Industrial production and capacity utilization also improved in May, rebounding from sharp declines in April.

“Looser social distancing restrictions will support a partial recovery for industry, but an immediate rebound to pre-coronavirus levels of activity is unlikely,” said economists at Oxford Economics in a note to clients.

The Fed on Monday finally launched its Main Street Lending Program to help small and medium-sized businesses, and it also committed to buying corporate bonds — the latter of which should support market liquidity and help large companies’ availability of credit.

Fed Chairman Jerome Powell testified before the Senate banking committee Tuesday morning. He echoed the sentiment of last week’s monetary policy update, saying in prepared remarks that “significant uncertainty remains about the timing and strength of the recovery.” Until the public is fully confident that Covid-19 is contained, a full recovery is unlikely, he said.

Although the labor market is improving, “the larger context is that something like 25 million people have been displaced in the workforce. So we have a long road ahead of us,” Powell said during the testimony.

In oil trading, futures erased earlier losses and inched higher. US oil was up 2.4% at $38 a barrel. Futures for Brent, the global oil benchmark, also reversed course and rose nearly 4% to $41.29 per barrel. The two contracts settled higher on Monday, both up by more than 2%.

— Jazmin Goodwin and Charles Riley contributed to this report.