Dramatizing the Human Toll of a U.K. Political Scandal 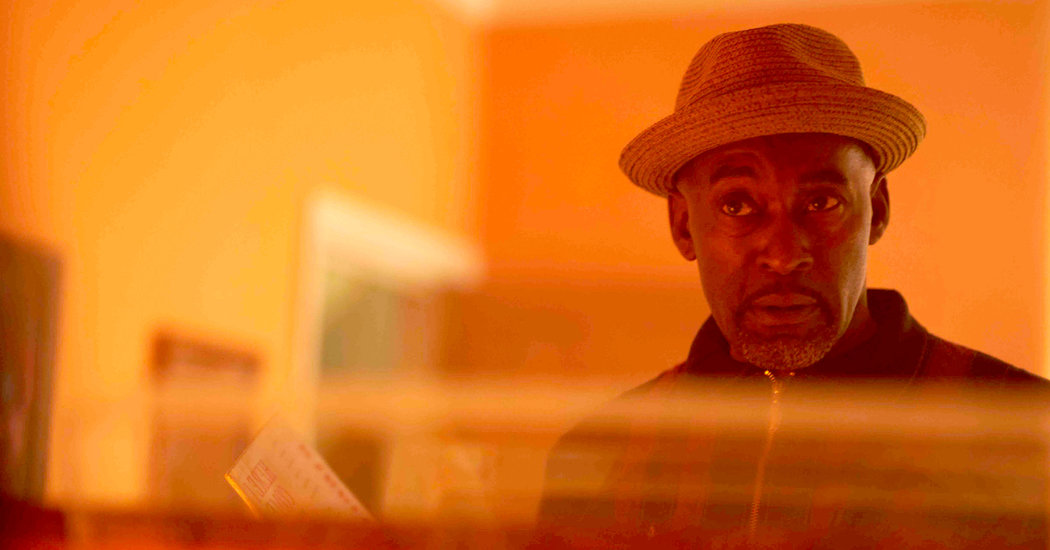 “They don’t believe a word I say. They decided I’m a liar. They want me to be a liar.”

Midway through “Sitting in Limbo,” a recent feature-length drama from the BBC, Anthony Bryan (Patrick Robinson) articulates a fury with the British government shared by many Caribbean-born Britons over the last eight years.

Written by Mr. Bryan’s half brother, Stephen S. Thompson, the 90-minute drama offers an intimate and fictionalized account of how a 2012 government policy with the stated aim of creating “a really hostile environment for illegal immigrants” in Britain upended Mr. Bryan’s life, as well as the lives of thousands of other legal residents of the country, in what became known as the Windrush scandal.

“I’d like it to concentrate people’s mind on the fact that the Windrush scandal is ongoing,” Mr. Thompson said in a recent phone interview. “Despite a number of documentaries and books and articles, it being a national scandal, it was in danger of fading off the scene completely,” he added.

In “Sitting in Limbo,” we meet Mr. Bryan in 2016, at which point he had been living in Britain for 50 years, a grandfather working as a painter and decorator in Edmonton, North London. We see him suddenly labeled an illegal immigrant, unable to get work, and arrested. The cost of applying for a passport almost tips him into destitution, as he and his partner are forced to move and face the looming threat of deportation to Jamaica, a country Mr. Bryan left at the age of 8.

This is the very human cost of the decision by the future prime minister Theresa May, when she was the cabinet minister responsible for immigration rules, to impose tough new requirements for people not born in Britain to prove their legal status. The policy left thousands of U.K. residents from former British colonies in the Caribbean mistakenly classified as being in Britain illegally.

In 1948, a passenger liner called “Empire Windrush” carried some of the thousands of colonial subjects who had been invited to rebuild Britain following World War II. They became known as the “Windrush generation” and under the law at the time had an automatic right to settle. Many children arrived on their parents’ passports. The government did not keep track of those arriving from the Caribbean, and in 2010, landing cards recording arrivals were destroyed. As a result, come the 2010s, thousands of people were unable to provide paperwork to prove they were in the country legally under Mrs. May’s new rules.

On Twitter last week, Priti Patel, the current holder of Mrs. May’s old post as home secretary, said the drama “epitomizes the unimaginable suffering endured by the Windrush generation” and apologized. An hour before the film’s release, Ms. Patel invited Mr. Bryan to join a video call, The Guardian reported, which he declined.

For Mr. Thompson, this is all lip service. Last week, Britain’s human rights watchdog said it would assess the hostile environment policy, but none of the measures that led to the Windrush scandal have been revoked. Many people are still awaiting compensation from the government’s £200 million hardship fund. Some have received little compensation for years of being unable to work, and others have since died.

For Glenda Caesar, 58, watching “Sitting in Limbo” revived traumatic memories of her own experiences over the last few years. “His mental breakdown was them coming and knocking the door,” she said in a phone interview, referring to Mr. Bryan. “But mine was more of a depressive mode, trying to accumulate paperwork that I couldn’t find, which the government had destroyed.”

Having arrived in Britain as a three-month-old child from Dominica in 1961, Ms. Caesar fought for the right to remain in the country for years as she faced unemployment and mounting debt after being classified as an illegal immigrant.

Filming of “Sitting in Limbo” began late last year, and the release was then delayed by the global coronavirus pandemic. But in many ways, Mr. Thompson said, the timing couldn’t be better, given that in the last month Black Lives Matter protests have sprung up across the world following the killing of George Floyd.

For decades, the legacy of Britain’s empire has created fault lines across race and economic class. These tensions have revealed themselves in the racial abuse hurled at Meghan, Duchess of Sussex, by British tabloids, and, more recently, in the toppling of a statue of a slave trader by Black Lives Matter protesters.

In “Sitting in Limbo,” Mr. Bryan is forced to gather the paper trails of his life. As his story evolves, we see him motivated by a desire for belonging and for some validation of his dual identity. In the drama’s final act, when he shows his new British passport to his partner, Janet McKay-Williams (Nadine Marshall), she can only muster a single sigh.

“If you’d asked me how I felt whilst we were making the film,” Mr. Thompson said, when asked what it meant to be a black man in Britain, “I would have said ‘At least I live in a country which allows me the opportunity to tell this story and reach a wide audience.’”

But now, he’s reassessing. The public’s response to the film on social media and in his inbox — praise, but also outrage at the continuing scandal and Britain’s structural racism — has given him more to think about, he said: “As a writer, but also as a black Briton, where do I go from here? What stories do I want to tell next?”