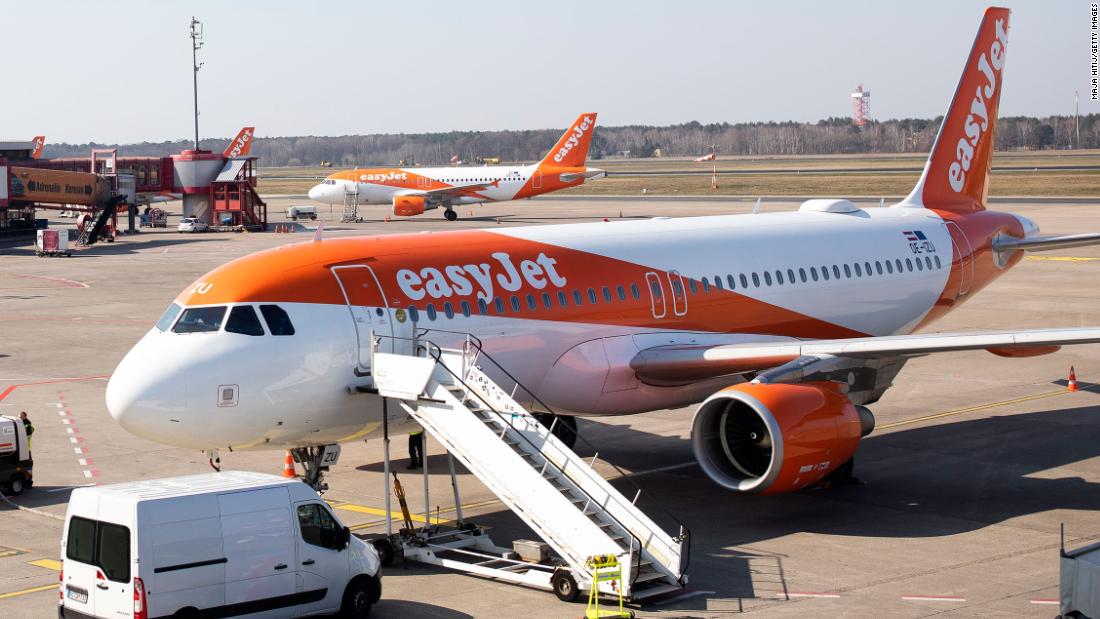 In a statement on Monday, the airline said that it is grounding all 334 of its planes in Europe as a result of travel restrictions across the region, adding that it cannot be sure when flights will resume.
The airline said that it operated the last of 650 “rescue flights” on Sunday to repatriate 45,000 customers, but could not continue to fly “as a result of the unprecedented travel restrictions imposed by governments in response to the coronavirus pandemic.”

It said it will continue to work with governments to operate additional rescue flights if requested.

EasyJet (ESYJY)operates about 2,000 flights a day on more than 1,000 routes across 36 countries, mostly in Europe. “At this stage there can be no certainty of the date for restarting commercial flights,” the company said, adding that it will depend on regulations and demand.
The airline’s 4,000 UK cabin crew will be furloughed for two months starting April 1 and will be paid 80% of their average wage by the government, it added. EasyJet employs 9,000 people in the United Kingdom. A spokesperson said it is in talks with the Britain’s pilots union “on the arrangements for pilots.”
Nationwide lockdowns and flight bans across most of the world have virtually shut down the aviation industry, leaving many airlines at risk of bankruptcy unless governments provide bailouts.
The United Kingdom’s biggest regional airline, Scotland-based Loganair, said on Monday that it plans to approach the UK government for financial aid shortly.

“The government has made it clear that it is open to requests for support from individual airlines and whilst Loganair has not yet taken up this invite, we fully expect to join other UK airlines in doing so in the coming days,” CEO Jonathan Hinkles said in a statement.

According to the International Air Transport Association, global airlines could be facing a cash shortfall of $200 billion this year. IATA said last week that European carriers could lose $76 billion in revenue and see passenger demand cut in half relative to 2019. US airlines, meanwhile, will receive tens of billion of dollars in support as part of the country’s $2 trillion stimulus package.

EasyJet said that it is in talks with lenders “who recognize our strength of balance sheet and business model.” The carrier will make use of a coronavirus emergency financing facility made available by the UK government to support large corporates, but has no plans to ask the government for “bespoke support.”

Grounding aircraft will remove significant cost, it added. Further action by the government will be needed to support recovery in the future, such as temporarily removing passenger duty and air traffic control charges, EasyJet said.