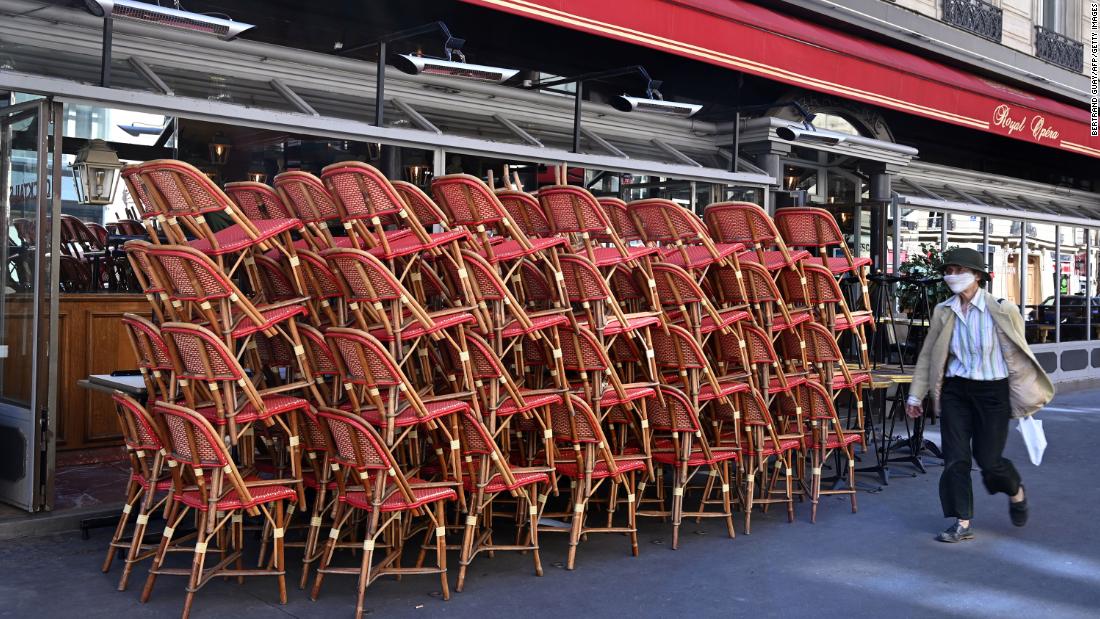 The European Central Bank on Thursday said it would expand its massive bond-buying program to combat the shock from the coronavirus pandemic. The central bank has now committed to buy €1.35 trillion ($1.5 trillion) of bonds, an increase of €600 billion ($675 billion).

“The combination of the fiscal policy and the monetary policy … that hopefully will be critically important to restore economic conditions,” ECB President Christine Lagarde said at a press conference.

Investors welcomed both moves, with the euro trading up 0.6% against the US dollar. But economists warned that while such policy steps are necessary, they can only do some much at an uncertain juncture.

The ECB’s decision to expand its bond-buying program was seen as a crucial step to keep money flowing through the eurozone and provide support for Italy, whose government debt could otherwise come under pressure. Still, the increase was even bigger than some analysts had expected.

The stark forecast for the region’s ailing economy has pushed policymakers to do more. The European Commission predicts that GDP in the 19 countries that use the euro will contract by 7.75% this year, a record. The ECB thinks GDP will shrink by 8.7% this year.

The ECB currently expects the downturn to bottom out this quarter, followed by a bounce back in the second half of the year. So far, however, it’s been slow going.

While there have been some signs of recovery as lockdowns ease, the rebound has been “tepid compared with the speed at which the indicators plummeted in the preceding months,” according to Lagarde.

While the ECB steps up purchases, it will also get some help from Germany.

The government announced €130 billion in new stimulus spending late on Wednesday, a package that equals 3.8% of its GDP. In response to the 2008 financial crisis, Germany put up 2.5% of GDP.

That comes on top of a previously announced relief package worth €750 billion ($849 billion), though some unused funds will be rolled over.

“The fiscal response to the crisis is getting closer to textbook,” Bank of America Europe economists Evelyn Herrmann and Ruben Segura-Cayuela told clients Thursday. “It is powerful and decisive.”

The big surprise is a temporary sales tax cut that is designed to increase consumer spending. Households will also receive €300 ($339) per child, and the government is doubling its rebate for electric car purchases.

Another €25 billion ($28 billion) has been freed up for grants to small and medium sized businesses. Berlin is also increasing investments in green and digital infrastructure by €50 billion ($56 billion).

Europe’s stimulus efforts are only expected to grow. Germany and France have teamed up in support of a European Commission proposal to raise €750 billion ($846 billion) on financial markets. Roughly €500 billion ($566 billion) would be given to EU member states that have suffered the most from the pandemic.

But all 27 EU countries still have to sign off, and some of the more frugal northern states oppose the use of grants over loans. The plan will be a focal point of discussions at a meeting of European leaders later this month.

The new EU stimulus package would come on top of €540 billion ($612 billion) in existing EU relief efforts, and is aimed at ensuring an even recovery across the bloc.

“I am absolutely sure that there is nothing like a German, French, Spanish, Italian or Swedish economy anymore. We are linked together. And this is why the German government supported very much the idea of these two €500 billion packages to support the European economy,” Scholz said Thursday.

Even so, the speed and extent of the region’s recovery depends in large part of the trajectory of the pandemic, and not just in Europe.

“A large export sector [in Germany] still means only partial healing if the rest of the world doesn’t recover,” Herrmann and Segura-Cayuela said.

And if demand doesn’t bounce back as expected, or a second wave of infections sparks another round of lockdowns, the wall of stimulus money deployed in recent months won’t be enough.