ECB fuels investor expectations that bond-buying will rise in June 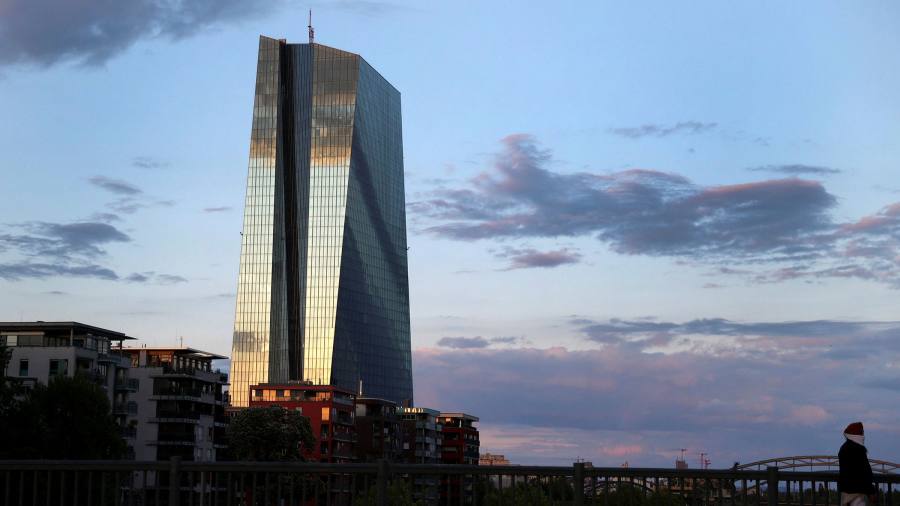 The European Central Bank has intensified investors’ expectations that it will expand its €750bn pandemic stimulus programme of bond purchases next month, after revealing on Friday that its top officials had agreed they needed to be ready to do so.

The ECB’s governing council members agreed at their last monetary policy meeting on April 30 that they would “stand ready” to expand its flagship bond-buying response to the pandemic if needed to tackle the economic and financial turmoil, according to the minutes of the meeting, which were published on Friday.

Many investors anticipate the ECB will step up its support for the eurozone economy, which is heading for its worst postwar recession, by adding at least an extra €500bn to its asset-purchase plans at its next monetary policy meeting on June 4.

After its April 30 meeting, the ECB said it was “fully prepared” to increase the size of its recently launched €750bn pandemic emergency purchase programme (PEPP) and to “adjust its composition, by as much as necessary and for as long as needed”.

The ECB has already spent more than €180bn of the PEPP, which is widely credited with avoiding a damaging surge in borrowing costs for the southern European countries that have been hit hardest by coronavirus. If the central bank continues at that rate, the programme is set to run out of firepower as early as October.

“The longer we think about it, the stronger the arguments are for the ECB to decide on a significant increase in its PEPP programme already at the June meeting,” said Carsten Brzeski, economist at ING.

The French and German governments’ proposal this week to create a €500bn recovery fund that would distribute grants to the hardest-hit countries has taken some pressure off the ECB, by creating an additional tool to avert a fresh eurozone debt crisis.

However, investors also worry that the ECB’s ability to continue expanding its monetary policy response to the pandemic could be curtailed by this month’s ruling by the German constitutional court against its earlier sovereign bond purchases.

The ECB is due to agree new macroeconomic projections at its meeting on June 4, by which time it will have more information to help it decide whether the eurozone economy will make a swift recovery from the pandemic, or if it will be stuck in a rut for at least a couple of years.

Council members said that the three scenarios published by the ECB after last month’s meeting — envisaging a contraction of between 5 and 12 per cent in the eurozone economy this year — risked becoming outdated rapidly because of the speed of the downturn.

The minutes reported: “It was generally considered that, of the three scenarios presented, the ‘mild’ scenario was probably already too optimistic.”

At the April meeting, several council members expressed concerns about the risk of Europe sliding into deflation. “It was highlighted that, since the start of the coronavirus pandemic, the likelihood of inflation being below zero, or below 1 per cent, according to option-implied probabilities, had increased substantially, pointing to a significant risk of deflation or very low inflation in the coming years,” the minutes said.

Last month, the ECB sought to bolster the European banking system’s access to funds and to avoid a drying up of credit by agreeing to lend money to banks at rates as low as minus 1 per cent through a pre-planned programme that is due to start next month.

At last month’s council meeting, the governing council said that the new series of targeted longer-term refinancing operations was “highly attractive for a large part of the euro area banking sector, and market participants had doubled their expectations regarding take-up over recent weeks, to around €1.1tn in total”.