Economists Want to Put Stimulus on Autopilot. Congress Has Other Ideas. 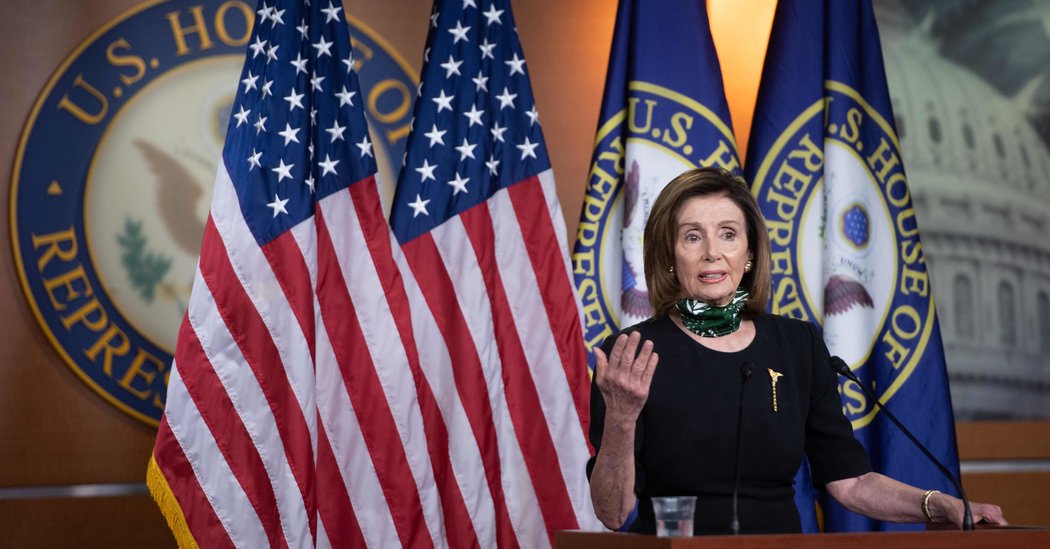 When there is an economic crisis, you want a government response that is scaled accordingly. But you don’t know in advance just how long a crisis will last or how severe it will be.

Economists have a crisp-sounding solution: Calibrate government help, such as unemployment insurance and aid to state governments, so that it rises automatically when the economy is weak and falls as the economy returns to health. The unemployment rate or other economic indicators can serve as triggers. The concept of automatic stabilizers is embraced by many centrist and left-of-center technocrats, including the last two leaders of the Federal Reserve.

Congress has had little interest in this over the years — instead choosing to pass ad hoc packages that may or may not have been aligned with the magnitude of trouble the economy was facing at that moment.

If done right, automatic stabilizers circumvent the usual partisan gridlock over aid. By contrast, during the weak economic expansion that followed the late 2000s recession, the Obama administration had to keep seeking new funding for unemployment insurance (mostly successfully) and assistance for state budgets (less successfully) because the economic results turned out worse than had been envisioned when passing the stimulus act in 2009.

As the nation faces another economic crisis, there is both good news and bad for enthusiasts of automatic stabilizers. The good news: Lawmakers are taking the idea seriously in a way they haven’t before. Several proposed bills have included just such a feature, and House Democratic leaders have been receptive to the idea — including an endorsement from Speaker Nancy Pelosi.

The bad news: In a $3 trillion package of pandemic response that the House intends to pass Friday, the approach was not adopted. In the negotiations that led to an agreement that the Democratic caucus could support, automatic triggers dropped out, reflecting the high cost involved. Extending benefits for a few months is cheaper than doing so for the next two years, or at least appears so in the accounting that Congress uses to calculate the cost of legislation.

“There were a lot of important priorities, and this wasn’t at the top of the list, unfortunately,” said Don Beyer, a Democratic congressman from Virginia and co-author of an automatic stabilizer bill. The draft House bill focuses more heavily on aid to state and local governments, and includes more money for unemployment insurance but without triggers tied to the jobless rate.

That bill functions as the Democrats’ starting point for negotiations with Senate Republicans, meaning even if automatic stabilizers had been included, they might have faced long odds. Many Republicans oppose anything that resembles open-ended government backing for social welfare benefits.

But the fact that the automated approach didn’t get over even that first hump raises the possibility that Democrats are leaving themselves open to the same political-economic dynamic that haunted President Obama’s first term.

“The lesson from the Great Recession is that when crisis strikes, even the quickest legislative response tends to be too slow and that needs tend to linger, while the environment for putting together policy solutions gets more challenging,” said Jacob J. Lew, who was a Treasury secretary in the Obama administration. Putting those programs on autopilot would have helped, he said.

“Automatic stabilizers for programs like unemployment insurance, food stamps and fiscal relief for states through Medicaid would make us more resilient, and that would make it easier to recover from severe economic shocks,” Mr. Lew said. “And importantly, the spending would automatically disappear when it’s no longer needed. It doesn’t have the risk of hanging around for too long.”

“Let’s not have a partisan fight to turn on and turn off help to people when the economy goes south,” Mr. Beyer said. “How elegant to have something that turns on when you need it and turns off when you don’t need it.”

But in terms of political prospects of these policies, there is a Catch-22.

The pandemic-induced economic crisis created political room for major policy action, but in some ways the fact that the economy is in free fall makes automating the response harder politically. With a stratospheric unemployment rate that the Congressional Budget Office forecasts will remain very high through at least the end of next year, the fiscal cost of benefits pegged to the jobless rate is quite high.

By contrast, if Congress had put in place benefit triggers tied to the unemployment rate back when the jobless rate was 3.5 percent and there was no recession on the horizon, the cost estimate would have been much lower — but there would have been no urgency to act.

This being an election year adds another wrinkle. One advantage of tying social assistance to economic data is that Congress can act without knowing which political party might benefit in the future. It’s not clear which party would be set to gain advantage in this case, and it’s even possible Democrats and Republicans alike could benefit.

If key social assistance programs were set to continue for as long as the economy remained in bad shape, it would mean that should Joe Biden win the election in November, he could devote whatever political capital he has in early 2021 toward other priorities. But the same could be true of President Trump, who could enter a second term with very high unemployment and wish to take credit for policies that offset some of that pain.

The discussion may be shelved for now. But advocates of the plan say the debate isn’t going away.

“The fact that this discussion has been elevated in substantive ways with serious policy proposals shows that Congress is giving these ideas serious consideration,” said Heather Boushey, president of the Washington Center for Equitable Growth, who has done extensive work on automatic stabilizers. “I’ve really been thrilled with how much enthusiasm there has been from a bunch of quarters.”

And lawmakers embracing the ideas aren’t ready to give up, even if those ideas won’t be in this next phase of pandemic rescue.

“Sometimes big important things take a long time to get done,” Mr. Beyer said. “Sometimes you have to eat the elephant one bite at a time.”