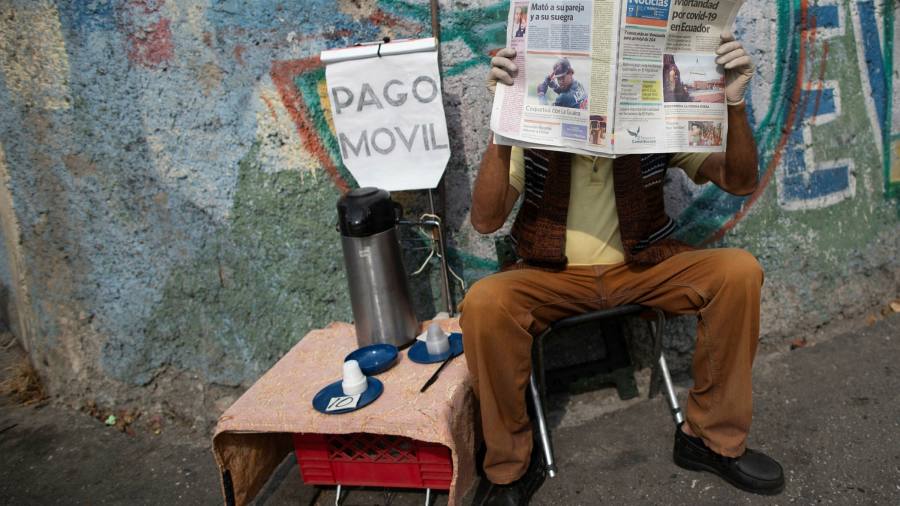 Ecuador reached an agreement with bondholders on Friday to suspend its debt repayments for the next four months, pushing back the threat of default until at least August.

The finance ministry said in a statement the deal meant it would not have to pay out $811m that had been due between March and August 15. The vast majority of bondholders — between 82 per cent and 91 per cent depending on the bond in question — accepted the deal, it said.

Ecuador has been struggling with its finances for months, and its crisis has been exacerbated by the coronavirus outbreak and the recent drop in oil prices.

Ecuador is also talking to the IMF about a new financing deal. Last year it reached a $4.2bn agreement with the fund — part of a $10.2bn package with multilateral lenders, but in the light of the pandemic it is struggling to meet the terms of the agreement.

This week the IMF predicted Ecuador’s economy would shrink by 6.3 per cent this year — the sharpest decline in South America.

While Friday’s agreement gives the government some breathing space, it still needs to find a longer-term deal with bondholders.

“I don’t see how they can avoid a restructuring of their debt,” said Ed Al-Hussainy, a rates and currencies analyst at asset manager Columbia Threadneedle. “Ecuador entered this period with exceptionally poor fundamentals and no clarity on how to meet its financing needs.”