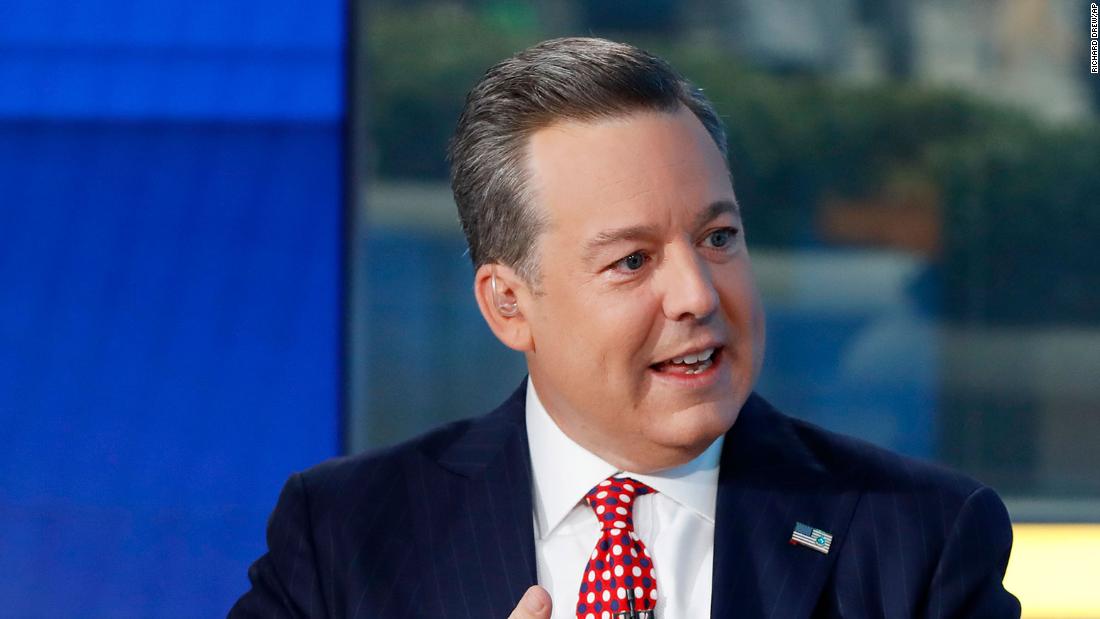 “On Thursday, June 25, we received a complaint about Ed Henry from a former employee’s attorney involving willful sexual misconduct in the workplace years ago,” Fox News chief executive Suzanne Scott and President Jay Wallace wrote in an email to employees.

Scott and Wallace said that Henry was “suspended the same day and removed from his on-air responsibilities” while a third-party law firm investigated the matter.

“Based on investigative findings, Ed has been terminated,” they said.

Scott and Wallace said that “rotating anchors” will fill in for Henry, who served as co-anchor of the channel’s morning show “America’s Newsroom,” until a permanent replacement is named.

“Fox News Media strictly prohibits all forms of sexual harassment, misconduct, and discrimination,” Scott and Wallace said. “We will continue striving to maintain a safe and inclusive workplace for all employees.”

Henry did not respond to requests for comment, but on Wednesday afternoon his attorney Catherine Foti said he intends to clear his name.

“Ed Henry denies the allegations referenced in the Fox announcement and is confident that he will be vindicated after a full hearing in an appropriate forum,” Foti said.

The high-profile attorney Douglas Wigdor, who has represented several women who have filed lawsuits against Fox News, said in a statement Wednesday morning that he is representing Henry’s accuser. Wigdor said that he wasn’t “presently at liberty to share further information.”

Henry joined Fox in 2011 after seven years at CNN. He covered the Obama administration as Fox’s chief White House correspondent. He later helmed much of the network’s coverage of Hillary Clinton’s 2016 campaign.

He was sidelined in spring 2016, however, following a tabloid magazine’s report about an extramarital affair. Salacious stories led the network’s CEO at the time, Roger Ailes, to publicly rebuke him, saying “this raises serious questions about Ed’s lack of judgment, especially given his position as a journalist.”

Henry eventually worked his way back into Fox’s good graces. He filled in on pro-Trump opinion shows like “Fox & Friends Weekend” and “Tucker Carlson Tonight,” winning the affections of Fox viewers.

His 2019 decision to donate part of his liver to save his sister Colleen’s life was chronicled across Fox’s shows. Both siblings recovered, and Henry wrote a memoir about the experience, which was due out in September. A spokesperson for publisher William Morrow, however, said Wednesday that the publisher would “no longer be publishing” Henry’s book.

Henry was a favorite of network management. Last winter he was promoted to co-anchor the 9, 10 and 11 a.m. Eastern hours with Sandra Smith on “America’s Newsroom.”

Smith briefly addressed the firing on the show Wednesday morning, telling viewers that Henry had been terminated and that Scott and Wallace addressed employees in an internal memo to “bring full transparency” to the matter.

Fox News has worked to reform its culture in recent years after having faced high-profile allegations of sexual harassment and assault.

Months after Henry was sidelined, Ailes was forced out of Fox News after numerous women came forward and accused him of sexual harassment and assault. The scandal exposed deep-rooted cultural problems at Fox, sparked numerous lawsuits and led the Murdochs to make sweeping changes.
Bill O’Reilly, once the network’s top star, was forced out of the network less than a year later after facing allegations of sexual harassment, which he also denied.

Since the scandals, Scott and Wallace have emphasized that the corporate culture had been cleaned up.