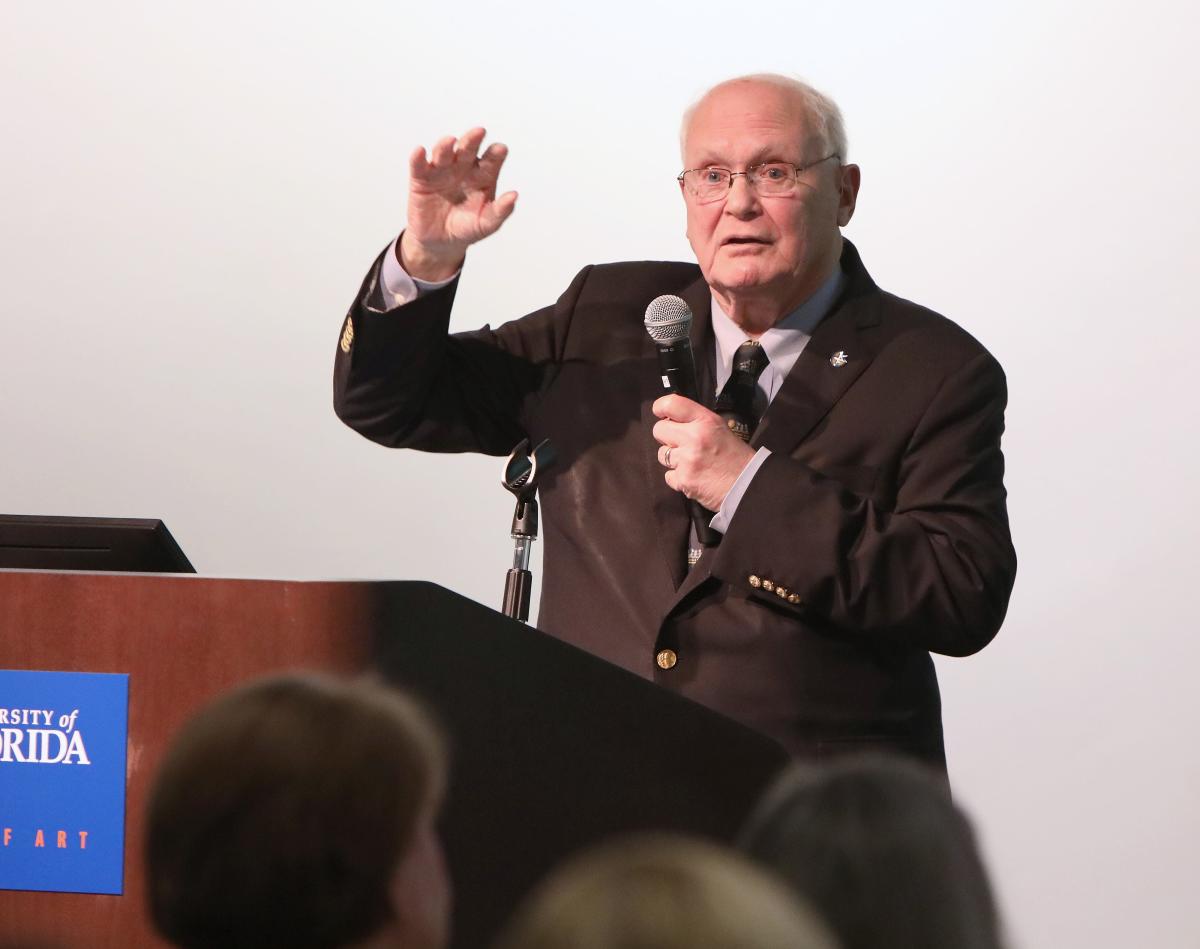 Prominent leaders within Alachua County’s educational community came together for an update on the Gainesville Empowerment Zone Family Learning Center.

At the event, held at the Harn Museum of Art, locals heard from David Lawrence Jr., an early childhood advocate and retired publisher from the Miami Herald. Lawrence also led the initiative that resulted in the voluntary pre-kindergarten program, which is available to all 4-year-olds in Florida.

“We’re on the road for systematic change and that’s what we’re all about, Gainesville for all,” said James Lawrence, executive director of the not-for-profit GNV4ALL Inc. “With this project, in particular, we want to change the public school system as it currently exists.”

Gainesville Empowerment Zone Family Learning Center, sponsored by GNV4ALL, is an early education facility that will begin educating children as early as six weeks to age 5. The center will be about 7,700-sqaure-feet and will focus on working with mothers who are low-income as early as pregnancy and serve about 67 children.

In February, the School Board of Alachua County voted unanimously to house the center’s services at Metcalfe Elementary School in east Gainesville for three years beginning in the fall of 2022.

Interim Superintendent Shane Andrew spoke to attendees about the longstanding achievement gap within the district between Black and white students. It was a reoccurring topic of discussion amongst panelists, some of whom said Gainesville has the worst racial disparities in the state.

“When you have a precious few, more than half of the children in third and fourth grade who are reading at minimally proficient levels, you don’t have an Alachuaproblem, you have an American problem,” David Lawrence said.

In a 2018 University of Florida study called “Understanding Racial Inequity in Alachua County,” researchers found that only 27.7% of Black students in third grade are proficient in reading, while 74% of their white counterparts are considered proficient. The study reached beyond just the educational system though, showing that minorities living in Alachua County faced larger hurdles in obtaining adequate jobs, health care and were more likely to live in poverty.

“That report concluded that providing a high-quality educational experience for minority children will have a significant impact on this education achievement gap and that it should be a top priority for Gainesville,” said Edward Block, chair of GNV4ALL’s community advisory group.

Veita Jackson-Carter, a long-time educational advocate in the county, has been with GNV4ALL since its inception. She currently works for the school district and serves as the director of the students to successful citizens system of care mental wellness group.

“This is just another tier to build on and to start earlier so that there is that continual,” she said. “There may be gaps, but there’s always someone, an organization, a group of collaborative volunteers, people that care to fill that gap, and that’s the takeaway today.”