Elizabeth Warren could be Biden’s Treasury secretary. That would be a nightmare for Wall Street 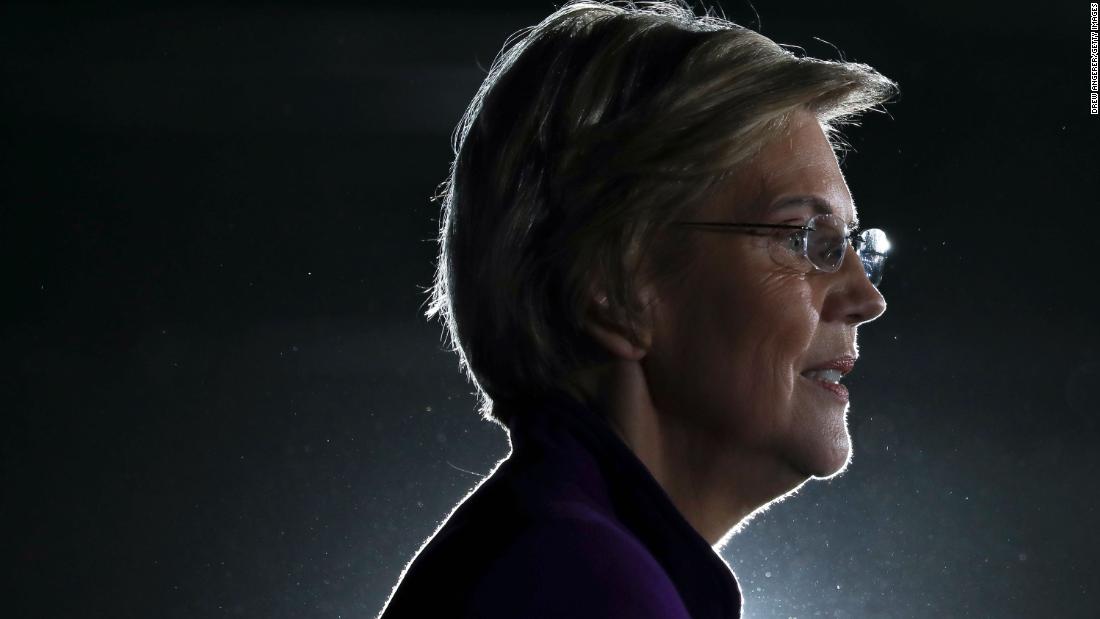 If Joe Biden wins in November, Warren is the “favorite” to become the nation’s first woman Treasury secretary, according to Cowen Washington Research Group.

“We believe Warren would be an especially powerful Treasury secretary with Biden likely delegating to her primary responsibility for financial and economic policy,” Jaret Seiberg, policy analyst at Cowen, wrote in a note to clients on Thursday.

The potential for Warren to lead the Treasury Department underscores the sudden swing in financial policy that would likely accompany a defeat for President Donald Trump. After years of lax enforcement and light regulation — if not outright deregulation — big banks could once again come under tough scrutiny.

And a Treasury Secretary Warren would be a nightmare for Wall Street.

The Massachusetts Democrat is a vocal advocate for breaking up the big banks, ramping up regulation, forcing lenders to suspend their coveted dividends and instituting a wealth tax.
That’s not to mention Warren’s calls for limiting executive compensation, strengthening capital requirements and stress testing banks’ preparedness for climate change risks.

“If Warren were to become secretary of the Treasury, we would expect financial stocks to come under some pressure, especially banks,” said James Shanahan, banking analyst at Edward Jones.

Neither the Biden campaign nor Warren’s office responded to requests for comment.

‘Quite harsh for banks’

One bank in particular has drawn Warren’s ire: Wells Fargo. The Senator’s epic takedown of former Wells Fargo (WFC) CEO John Stumpf in 2016 went viral and helped lead to his ouster. And Warren’s tough scrutiny of Stumpf’s successor, Tim Sloan, may have played a role in forcing him out as well last year.
As Treasury secretary, Warren would chair the powerful Financial Stability Oversight Council, a coalition of regulators charged with monitoring the financial system and its stability. That perch would give Warren influence over banking regulation.

Cowen’s Seiberg said that Warren would probably have significant sway over who Biden picks for other critical regulatory posts, including vice chair for supervision at the Federal Reserve, Comptroller of the Currency, SEC chair and director of the Consumer Financial Protection Bureau, the agency that was a brainchild of Warren.

“If it’s Elizabeth Warren at Treasury, the tone will be quite harsh for banks,” said Brian Gardner, managing director for Washington Research at Keefe, Bruyette & Woods, a boutique investment bank.

Consider the moves that Warren has made in just the past few days.

Warren co-signed a letter Wednesday urging the Fed to stop allowing banks to pay their dividends during the pandemic to ensure they have enough cash to keep lending.

On Thursday, Warren sent a letter to Fed chief Jerome Powell asking whether the central bank considers the impact its policy decisions will have on racial inequality.
And Warren called on Capital One (COF) and other major debt collectors to immediately suspend lawsuits and wage garnishment practices during the crisis.
“Nobody should lose their home, their car, their utilities, or access to basic needs during a global pandemic,” Warren and her colleagues wrote in a letter.

Seiberg argues that a Warren appointment would have some positives as well because she would be “aggressive” in using stimulus money to support the Federal Reserve’s emergency lending programs. That would translate to more cash infusions for struggling companies as well as support for the embattled commercial real estate industry.

Far from a slam dunk

Of course, it’s too early to say with any certainty who will lead the Treasury Department in 2021. It’s not even clear yet who Biden will tap to be his running mate, potentially including Warren herself.
Biden has a commanding lead in national polls against Trump and is starting to pull away in key battlegrounds such as Wisconsin, Florida and Arizona.
The former vice president has a 59% chance of winning the election, according to prediction platform PredictIt. That’s up sharply from just 47% a month ago.

However, the election is still nearly five months away — and much can change during that period. Consider that five months ago, few imagined double-digit unemployment and collapsing GDP in the United States. And few saw Trump winning in 2016, nor the stock market rally the upset set off.

Even if Biden wins, political realities may prevent Warren from joining his Cabinet.

Stepping down from the Senate would allow Republican Massachusetts Governor Charlie Baker to appoint a replacement until there is a special election six months later.

Also, if Democrats control Congress and the White House, Warren could decide to stay in the Senate because she would wield great influence in crafting potentially sweeping legislation.

“He would be the right person at the right time to deal with the COVID-19 crisis,” Seiberg wrote, adding that Bloomberg is “likely too mainstream for the Democratic party.”

The best-case for Wall Street would be four more years of Trump.

If Trump wins reelection, Seiberg said current Treasury Secretary Steve Mnuchin would be the favorite to stay at the helm. He credited Mnuchin, a former Goldman Sachs banker, with being “effective at calming markets without upsetting the president.”

The fact that the leading candidates from either party for Treasury secretary — Mnuchin and Warren — are polar opposites is another reminder of how the 2020 election could bring about a sharp shift in policy for Wall Street.