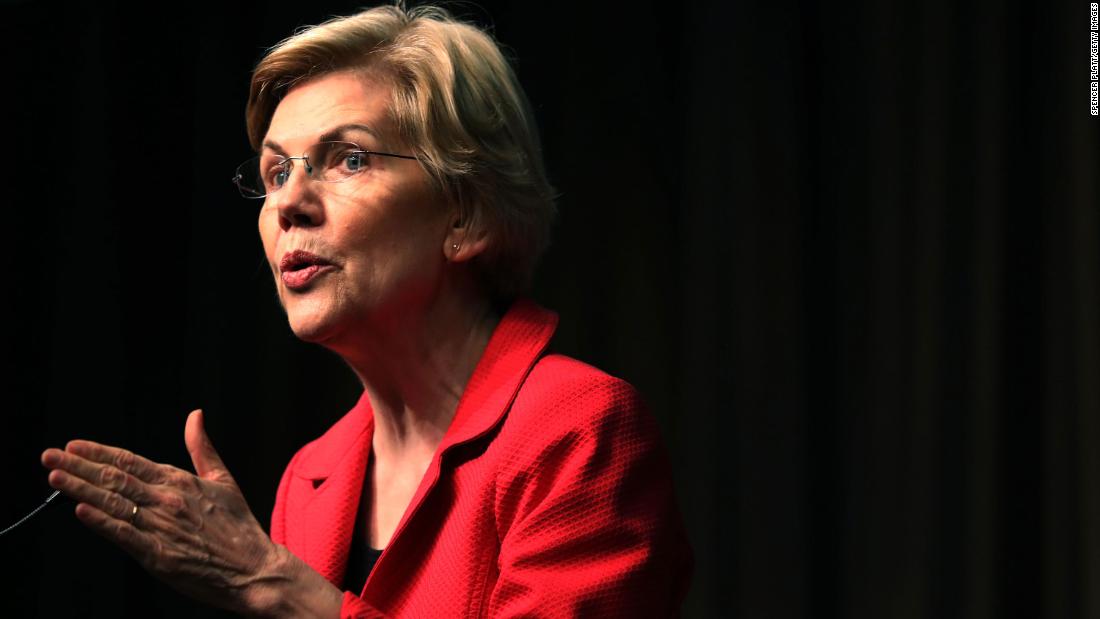 But as many bankers learned firsthand in 2008, bailouts from Washington typically come with strings attached. In exchange for their support, politicians demand restrictions that make the rescues more politically palatable.

And Senator Elizabeth Warren already has a list of demands to be included in any bailout packages for major corporations hurting from the coronavirus crisis.

“Let me clear: We’re not doing no strings-attached bailouts that enrich shareholders or pay CEO bonuses. Period,” the influential Democrat from Massachusetts tweeted on Tuesday.

Warren’s demands should probably be read more as a wish list. Many lawmakers, let alone Trump officials, would likely oppose such extreme interventions into how businesses are run.

“I can’t see it making it through Congress. Even some Democrats would oppose it,” said Greg Valliere, chief US policy strategist at AGF Investments.

President Donald Trump told reporters Tuesday that he supports a bailout of Boeing, which is seeking $60 billion in federal assistance, primarily in the form of loan guarantees for the aerospace industry. The White House is also in favor of help for the airline industry, which could need $50 billion in federal help because of the collapse in air travel.

To oversee the bailouts, Warren is calling for Congress to set up an oversight body that would be modeled on the Congressional Oversight Panel and the panel that looked for fraud in the TARP bailouts. However, Warren said this time the oversight body should have “real funding and subpoena power.”

In 2009, Congress passed an economic stimulus package that imposed executive compensation limits on bailed-out banks. For instance, TARP recipients needed to adopt clawback provisions and were banned from incentives that encouraged unnecessary risks.

Of course, that bailout was different. Big banks were at the heart of the Great Recession. Their excessive risktaking nearly caused the entire financial system to collapse. Today’s crisis was caused by a pandemic, not corporate greed.

And some of Warren’s restrictions might not be practical.

For instance, companies need to offer competitive pay to attract the best management teams. Denying them bonuses for years would make that difficult.

Likewise, a lifetime ban on share buybacks would strike many as extreme.

And it seems hard to fathom that some bailed-out companies will be able to maintain their headcounts.

Even if the coronavirus outbreak gets cleaned up in a few months, many Americans may be apprehensive to get on crowded cruises or hop back on airplanes. To adjust to that new reality, companies will almost certainly need to shrink their footprints, including by trimming the size of their workforce.

“If you had to employ the same number of people, that would put you in a deeper hole, requiring more bailouts,” said Valliere.

What about Main Street?

The push for tough restrictions on bailed-out companies underscores why at least one industry is already saying it doesn’t want the help from Uncle Sam.

Despite the crash in oil prices to 2002 levels, the American Petroleum Institute told CNN Business last week the industry has no interest in a federal rescue.

Still, Warren’s demands underscore a desire for the federal government to avoid repeating the mistakes of the 2008-era bailouts. The backlash to those deeply unpopular rescues helped fuel today’s populism, on both the left and the right.

“The sentiment is that during the last crisis Washington responded for Wall Street, but not Main Street,” said Ed Mills, Washington policy analyst at Raymond James. “If DC is opening up the checkbook again, let’s make sure that Main Street is taking care of.”