Emerging economies hold back on asking creditors for debt relief 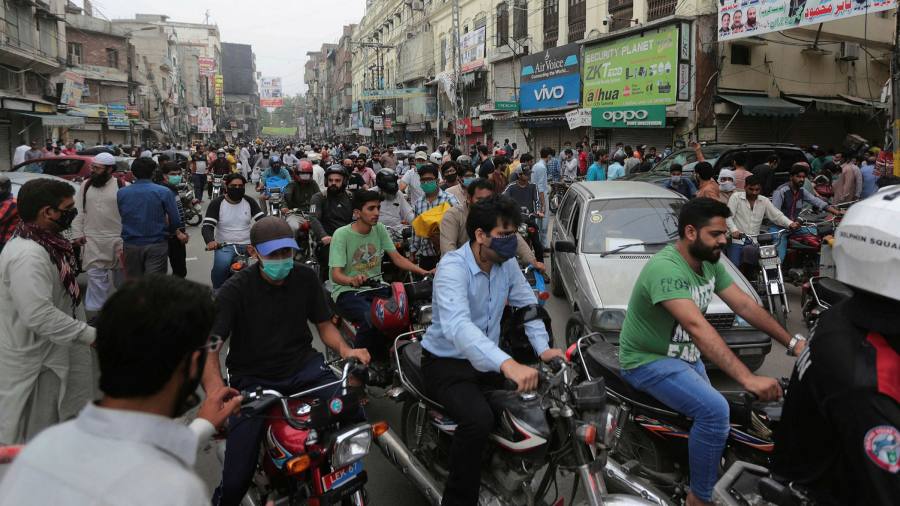 Emerging economies grappling with a debt crisis are resisting calls to renegotiate what they owe to private creditors, for fear it will damage their access to financial markets in future, lenders and borrowers have warned.

The G20 group of leading nations has agreed to suspend repayments on bilateral debt from 73 poor countries — a group that does not include prominent serial defaulters such as Argentina, which is on the brink of its ninth default — and asked private creditors to do the same.

But debt restructuring or requests for a standstill on repayments risk triggering downgrades in countries’ credit ratings, which would make it more expensive for governments to borrow in future. Some bond investors, including many large pension fund managers, would have no choice but to sell their holdings of downgraded debt, making it harder for nations to raise commercial funding for infrastructure and other vital investments; some issuers would risk being shut out of markets for years.

Countries including Pakistan, Benin and Rwanda have expressed concern about it — although others, including Ethiopia, have called for a blanket debt write-off.

“The fear [among some countries] is that the medium-term cost in terms of market access, borrowing costs and reputational damage could be a lot higher than the short-term cash flow savings” of debt restructuring, said Alex Garrard of Amia Capital, an investor in emerging market bonds and other assets.

Kevin Daly of Aberdeen Standard Investments, a big institutional investor in emerging markets, said: “International financial institutions [IFIs, such as the World Bank and regional development banks] have been doing the heavy lifting [in terms of providing investment finance for poor countries]. But these countries will need access to private capital once the crisis is over. They can’t rely on IFIs for ever.”

Kristalina Georgieva, managing director of the IMF, underlined the importance of market access to emerging economies on Tuesday, noting that countries had been able to borrow “at very reasonable yields” after central banks in advanced economies provided emergency liquidity to financial markets. “That helps them and helps the rest of the world through this difficult time,” she said.

Roberto Sifon Arevalo, head of sovereign ratings analytics and research at S&P Global Ratings, one of the three big rating agencies, said S&P would have little choice but to downgrade a sovereign issuer the moment it requested a standstill and would probably regard any renegotiation of terms as a default. Moody’s and Fitch, the other two big rating agencies, have voiced similar concerns.

Mr Sifon Arevalo said that even if the renegotiated loan terms compensated bondholders for delayed payments, it was unlikely that a sovereign would be better placed to pay its debts after the initial impact of the crisis than it is today.

“That’s what we are going to have to look at, rather than whether you offer a bigger coupon,” he said. “What is your financial health going to be? If it is complicated today, it’s unlikely to be better eight months from now [when the G20 moratorium runs out].”

Borrower countries are aware of the risks.

Pakistan was the first country to say it would request a standstill, postponing $1.8bn in bilateral repayments due this year. Its finance ministry made clear its reluctance to ask the same of private creditors, saying it would consider doing so only if the G20 made its own standstill conditional on private sector involvement and that, even then, “we would have to weigh the costs and benefits”.

African borrowers have raised similar concerns. Romuald Wadagni, finance minister of Benin, wrote last month that talk of debt relief or moratoriums would “further tarnish the reputation of our governments and jeopardise their access to future financing”.

Paul Kagame, president of Rwanda, also expressed caution about the consequences of debt relief. “We shouldn’t be looking for excuses to cancel debt for its own sake,” he told the Financial Times.

Other countries have more to gain from a standstill. Ghana, Angola, Honduras and Nigeria, for example, all face bond repayments this year of more than $500m each. All together, of the 73 countries covered by the G20 moratorium, 26 countries have eurobonds outstanding and face repayments of about $5bn this year.

According to World Bank data, countries covered by the G20 initiative have total external public debts of about $500bn, including $65bn owed to bondholders and $25bn to commercial banks, with the rest owed to bilateral and multilateral lenders. A recent study from the Federal Reserve Bank of Minneapolis showed sovereign borrowers were reluctant to miss payments on commercial debt, while being relatively willing to renegotiate bilateral debt.

Countries reluctant to ask for standstills admit they need help — but in a different form. Mr Wadagni argued that Benin and others needed outright financial support, in the form of new reserve assets from the IMF — a proposal recently vetoed by the US despite support from European leaders — and concessional finance from multilateral lenders.

In a recent paper for the National Institute of Economic and Social Research, Peter Doyle, a former IMF official, criticised the G20 initiative and a similar one from the IMF for offering relief to poor countries based on the amount they had borrowed rather than on their individual needs.

He argued that better options would be IMF liquidity or outright grants from G20 nations, to cover the $100bn economic hit the fund estimates the eligible nations will suffer in the pandemic.

“All that, not debt service breadcrumbs scattered in the wind, is how to help the poorest on earth now,” he said.