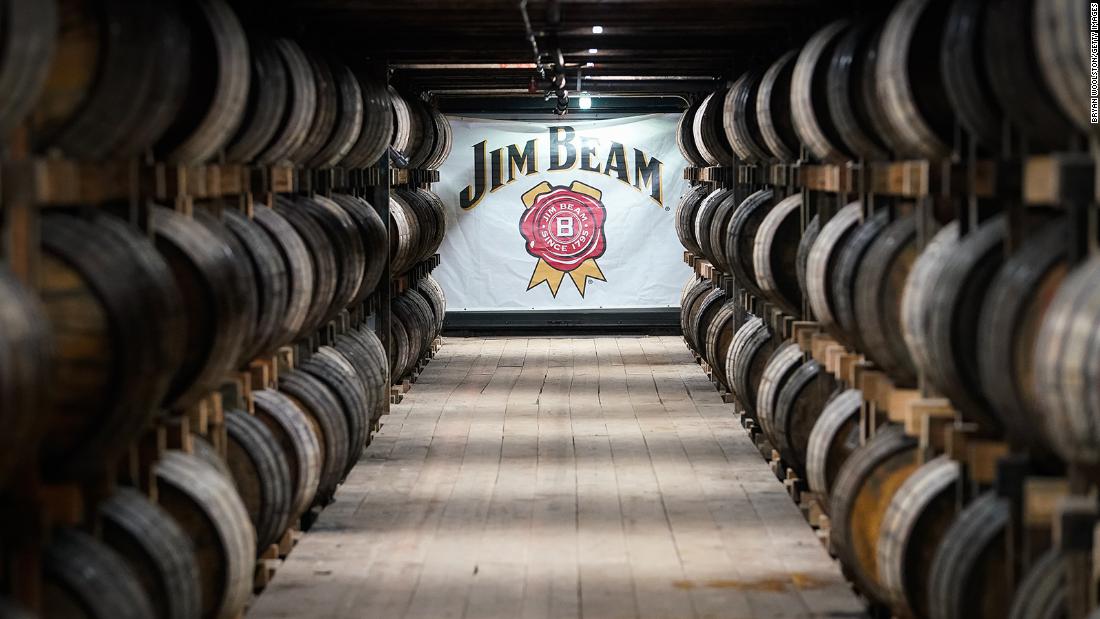 Exports to the European Union of bourbon, Tennessee whiskey and rye whiskey have declined by a third since a 25% tariff went into effect in June 2018, according to a report released Monday by the Distilled Spirits Council of the United States.

“The tariffs have derailed a great American export success story,” Chris Swonger, CEO of the Council, said in a statement. “American distillers enjoyed two decades of unparalleled growth in the EU prior to the implementation of these retaliatory tariffs,” he added.

Tariffs act as a tax on exports and are either absorbed by producers in the form of reduced profits or passed on to consumers in higher prices. The European Union imposed tariffs in 2018 on $3 billion worth of US goods, including whiskey, motorcycles and denim, in response to US tariffs on EU steel and aluminum put in place by the Trump administration. The tariffs temporarily boosted profits at American steelmakers, but problems quickly returned to the industry and US Steel (X) announced plans to close a mill near Detroit late last year.

“It’s time for the United States and European Union to resolve trade issues and remove all spirits tariffs, so US and EU distillers can get back to building their businesses and supporting their local economies,” said Swonger.

American whiskey exports to the European Union would have been $337 million higher over the past two years were it not for the tariffs, according to the report. US distillers have been unable to make up for lost EU exports in their home market, the Council said.

The European Union is the biggest overseas market for US spirits, accounting for more than half of all American whiskey exports last year. Whiskey exports to the bloc increased five-fold between January 1997, when most tariffs were eliminated, and June 2018, surging from $143 million to $750 million annually.

That figure fell to $514 million at the end of 2019, and has declined further this year due to the impact of the coronavirus pandemic on Europe’s hospitality sector, according to the report. The pandemic has also made attempts to resolve the dispute more challenging, according to Swonger, who said there had been some “encouraging signs” of possible talks between Washington and Brussels.

Small distillers have been hardest hit. Amir Peay, the owner of James E. Pepper, said the distillery in Lexington, Kentucky has lost 50% of its EU business since the tariffs came into effect. “We were planning on doubling our business in Europe and made significant effects to that end, and then we got hit with the trade war,” Peay said in a statement.

“We were off to a great start with some EU partners, but since the implementation of these retaliatory tariffs our European exports have been flat, at best,” added Jeff Quint, the CEO of Cedar Ridge Distillery in Swisher, Iowa. “We are trying hard to maintain our EU business, but can’t really grow it unless and until these tariffs go away,” Quint said.

There are worries that the European Union could impose fresh tariffs on American spirits, such as gin and rum, as part of a separate trade tussle with the United States over aircraft subsidies.

“It would be a real shame if the European Union were to focus on more American spirits as a result of the World Trade Organization case against Boeing,” Swonger told CNN Business. “We’re caught up in two different trade disputes not even related to our industry.”

The US government imposed a 25% tariff on imports of Scotch and Irish whiskies in October, as part of measures targeting $7.5 billion worth of European goods. The World Trade Organization ruled that the United States could target goods from EU nations because the bloc had failed to comply with an earlier ruling regarding government subsidies for Airbus (EADSY).

The Scotch Whisky Association said last month that exports of single malt to the United States fell 27% in the final quarter of 2019 because of those tariffs. The United States is Scotch whisky’s most valuable market, worth over £1 billion ($1.2 billion) in 2019.

The European Union has asked the World Trade Organization for permission to impose countermeasures on US goods because of what the EU alleges are unfair subsidies to Boeing (BA). A ruling is expected in late June or early July, according to Swonger. A list of US goods to be considered for tariffs, published last April, includes certain spirits.

The Distilled Spirits Council, the Scotch Whisky Association and Spirits Europe are encouraging both sides to “find common ground,” said Swonger. The removal of tariffs could help the industry and craft distillers in particular to survive the coronavirus crisis, he added.

“The Scotch whisky and American whiskey industries want exactly the same thing — for both EU and US tariffs on our products to be removed as soon as possible,” said CEO of the Scotch Whisky Association, Karen Betts.