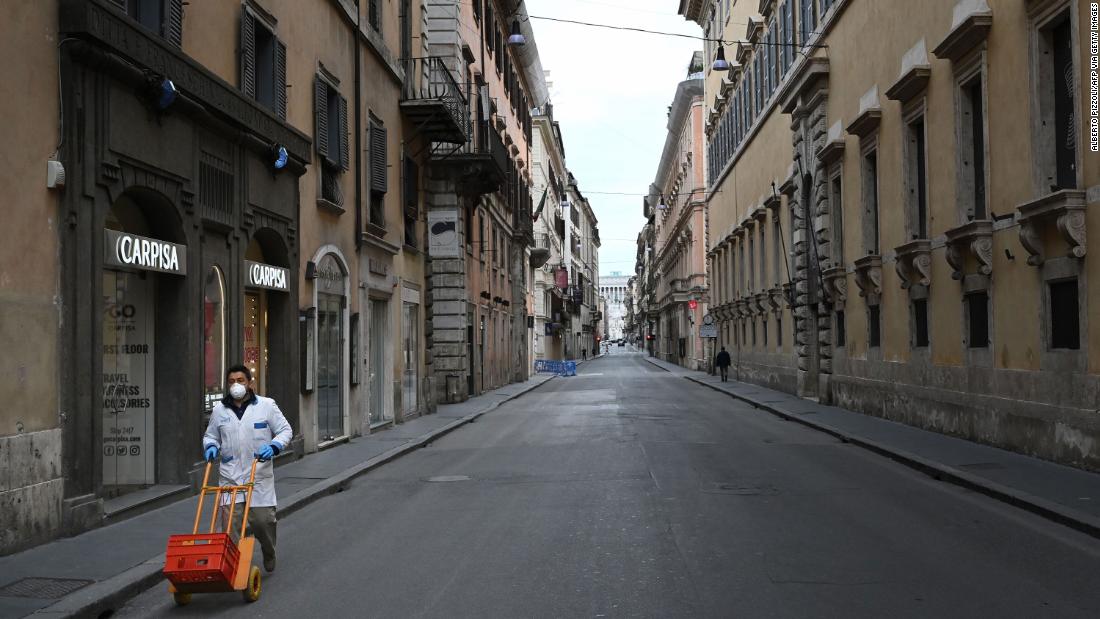 “This fund shall be of a sufficient magnitude, targeted towards the sectors and geographical parts of Europe most affected, and be dedicated to dealing with this unprecedented crisis,” leaders of the 27 EU countries said in a statement after they met via video conference on Thursday.

The heads of the EU governments asked officials at the European Commission to come up with detailed proposals “urgently” that will include how the recovery fund will relate to the bloc’s budget for 2021-2027, they added.

The EU is planning to expand its budget from about 1.2% of GDP to 2% of GDP and then use those additional funds as a guarantee to borrow at low rates from financial markets.

Asked by reporters how much could be raised, European Commission President Ursula von der Leyen said: “This has to be looked at thoroughly … but we are not talking about billion[s], we are talking about trillion[s].”

The EU leaders also signed off on an immediate package of rescue measures worth at least €500 billion ($538 billion) drawn up earlier this month by finance ministers. That package includes up to €100 billion ($110 billion) in wage subsidies aimed at preventing mass layoffs, as well as hundreds of billions in loans to businesses and credit for EU governments.

“There are reasons for some optimism that, even if we don’t get as joined-up a response as we’d like overall, the European fiscal response to this crisis may yet end up being sizeable,” commented Societe Generale strategist Kit Juckes in a research note on Friday.

The EU response, together with stimulus efforts worth several hundred billion euros already agreed at national level, amounts to a huge effort to prevent the region’s deep recession turning into a 1930s-style depression.

The International Monetary Fund expects EU GDP to fall by 7% this year, and recent data suggests economic activity in March and April may have crashed by between 20% and 30%.

Speaking after the video conference, French President Emmanuel Macron said there was consensus among EU states on the need for a “strong, coordinated response [worth] around 5 to 10 [percentage] points of GDP.”

Differences remain over how the fund should operate, in particular whether it should provide loans or grants to the hardest-hit countries such as Italy and Spain. Grants, or direct money transfers, would imply a degree of debt sharing that states such as the Netherlands, Austria and Germany have long resisted.

Still, EU leaders tried to put on a show of unity.

“The common market today benefits certain states or regions that are the most productive in Europe because they produce goods that they can sell in other regions. If we abandon these regions, if we abandon part of Europe, all of Europe will fall,” Macron said.

Italian Prime Minister Giuseppe Conte, who had criticized the EU’s response to the pandemic, expressed his satisfaction with Thursday’s virtual summit.

“It’s important because this is a necessary and urgent tool. It is absolutely necessary Italy is the first in line to ask for this,” he said in a short video statement.

A week ago, Macron warned that the EU was facing a “moment of truth” and that lack of financial solidarity between member states could pose an existential threat to the bloc by fueling populist anger in southern Europe.

“If we can’t do this today, I tell you the populists will win… today, tomorrow, the day after, in Italy, in Spain, perhaps in France and elsewhere,” he told the Financial Times.