Europe Rolls Out Contact Tracing Apps, With Hope and Trepidation 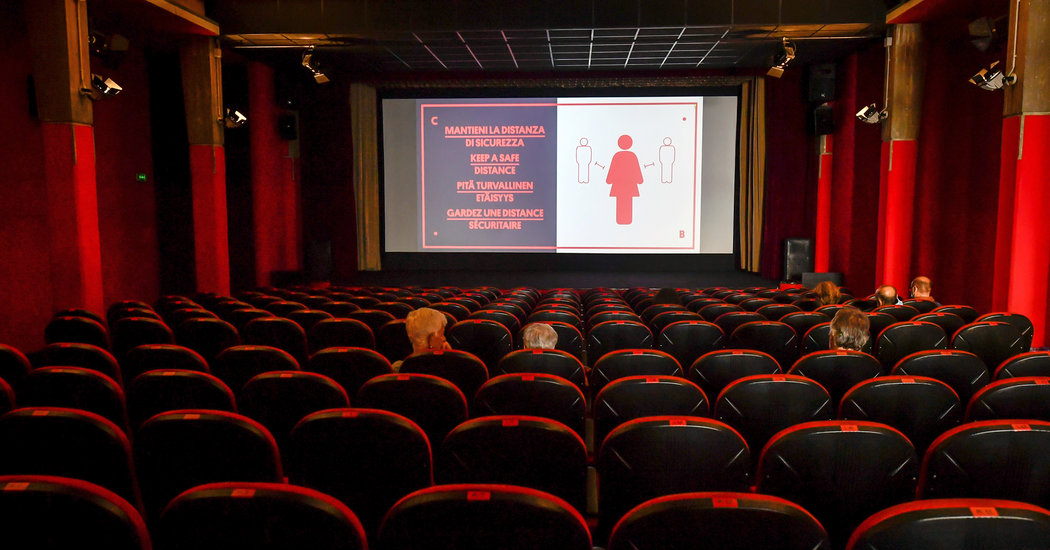 ROME — When three people in the northern Italian region of Liguria tested positive for the coronavirus last week, they gave their doctors permission to punch into a national server anonymous codes generated by a new contact tracing application on their phones. Moments later, the phones of people who had also voluntarily downloaded the app and had come into contact with them buzzed with an alert.

Italy expanded that pilot program on Monday, to join the first European countries using national contact tracing apps. France has also activated its own app, Germany’s is available for downloading as of Tuesday morning, and Britain is testing one, too.

The launch of the apps comes as more European countries loosened restrictions and opened borders to each other this week, hoping to revive their societies and economies without reigniting the contagion. But as they turn to unproven technology to avoid a second wave of infection, European nations are setting off widespread debate about how best to fight the virus while safeguarding privacy rights.

Italy’s new app is just the latest iteration of the existential challenges the virus has thrust upon Europe. Just months ago, Italy crossed a threshold when it became the first European country to mandate a strict nationwide lockdown, raising questions of whether it was running roughshod over individual rights, as well as threatening the European Union’s internal cohesion, in its effort to contain the virus.

Those concerns seemed to melt away quickly as more and more European countries saw the necessity for similar measures. Now the tracing apps present a host of new questions, not least whether they work effectively or be better than human tracing. Europeans also wonder whether they are placing nations on a slippery slope toward a new kind of surveillance state, or handing over too much power to foreign tech giants.

In addition, there are the questions of how to reconcile national independence with Europe-wide interoperability. On Tuesday the European Union announced that its members had agreed to standards to allow their various apps to share data.

Such issues have not been limited to Europe, and have been addressed variably around the globe. In Asia, nations like South Korea have used cellphone data and credit card activity to successfully track and contain infections. India has required its citizens to download an app. The United States has tended to rely on human tracers in efforts that remain patchy and limited.

Italy has tried to finesse some of the thornier privacy concerns by making its app — called Immuni, or Immune — voluntary. What’s more, the app is built on a platform developed in a rare collaboration between Apple and Google, which sided with privacy advocates who raised concerns about how much data governments could collect through the apps and limited Immuni’s data-transmission capabilities.

Those restrictions and the voluntary approach may reduce the app’s effectiveness, but may also go some way toward assuaging public queasiness about state intrusion. Its creators hope that the app will be used widely enough to play an important part in protecting public health.

“It could be a tool with major impact,” Paola Pisano, Italy’s minister for technological innovation, said. “It depends on how it will be used.’’

Initially, Italy had envisioned a centralized system that would send data about potentially contagious interactions to the government. But European sensibilities about privacy, and the meteoric arrival of Apple and Google into the debate, led it to reverse course.

Some public health officials said that Apple and Google’s design prioritizes privacy at the expense of learning more about the disease, an unusual criticism for an industry more often accused here of gobbling up personal data for profit and power.

“This is a health care strategy in a global pandemic with thousands of deaths,” said Cédric O, the junior minister for digital affairs in France, who is leading the development of the country’s tracing app, called StopCovid. It does not use Apple and Google’s standards. “It is highly abnormal that you are constrained as a democratic state in your technical choice because of the internal policies of two private companies.”

The apps built with Apple and Google limit what data can be collected about each reported infection, such as how long or how closely an infected person was in proximity to someone else.

They also curtail a government’s ability to perform deeper statistical analysis about a person’s connections or to study the characteristics of a super spreader, said Christophe Fraser, an infectious disease expert at Oxford University’s Big Data Institute, which has advised Britain, France, Germany and Italy on its tracing apps.

“Epidemiological insight is the information we need right now,” he said. “We need it to prevent infection, to be able to resume our lives with a degree of normality and to save lives.”

Other governments have determined the privacy intrusion is not worth the potential benefits. In Norway, officials this week halted the use of its app after the country’s data-protection authority raised alarms.

Ms. Pisano argued that Italy struck the best balance possible for a country that “is not South Korea, and we are also happy that it isn’t.” She added that if Italy only had to consider health concerns, and not citizens’ privacy, “military GPS gives me precision to three millimeters.”

But she also attributed Italy’s about-face to what she said was its failure to integrate a centralized model with the operating systems on Apple phones, which tightly safeguarded privacy.

She said Italy’s goal of “inclusivity,” and thus effectiveness, motivated the decision. She said it had the benefit of addressing privacy concerns, and potentially making the app more integrated with those of other European nations. Germany, she said, had taken some of Italy’s code and consulted with Italian technicians.

“France has accepted to be less inclusive,” she said. The French had different priorities, she said, including avoiding reliance on the Silicon Valley: “For France it was more important to remain unattached to certain giants or to develop the app internally.”

In the meantime, she said Italy continued to negotiate with Apple to get as much data as possible for research, including about the quantity of infections in a given area. “They have to loosen up a little,” she said.

Navigating all these concerns has delayed the release of contact tracing applications across Europe. In Italy, myriad layers of Italian bureaucracy and regional opposition compounded delays, and as of this week, 2.7 million Italians — in a country with a population of 60 million — had downloaded Immuni.

Ms. Pisano, reluctant to raise expectations, studiously avoided an official target number for downloads, though she said the government “had a calculation.” She said that the real universe of potential users, when one subtracted the Italians without access to the internet or those under the 14 years of age required to download the app, was about 30 million Italians.

She said the government would begin a major advertising campaign this week to get the word out, knowing full well that Immuni’s success depends on a critical mass of Italians downloading it.

Prof. Fraser, who worked on earlier epidemics including SARS, said that even if slightly more than 10 percent of a population used a tracing app, it could cut down on infections. He estimated that for every one to two users, one infection could be prevented.

“We think that incremental benefit is really quite striking,” he said.

But the weeks leading up to Monday’s national introduction of Immuni were not without bugs.

Opposition politicians, including Matteo Salvini, the nationalist leader of the League party, insinuated, falsely, that the government’s partners could collect private health data to send to Chinese business partners.

Foreign Minister Luigi Di Maio, like Ms. Pisano a member of the governing and sometimes futurist Five Star Movement, incorrectly suggested the app could be used to tell you when you could come in contact with the virus. “It’s not a crystal ball,” Ms. Pisano said with a laugh.

Ms. Pisano, whose party has deep experience spreading spin across the web, said Italy intended to embrace the widely reported mistake as a marketing opportunity.

“We’re going to spread this baby around a bit,” she said.

Luca Ferretti, an epidemiologist who also works at Oxford’s Big Data Institute and advised the Italian government, raised a more fundamental concern: Italy and many other countries had not thought through how to manage a person who receives a notification through the app.

He lamented that without widespread testing and a network of human tracers, the technology would be less effective. Some regions have not trained doctors how to use the app and respond to people who have received an alert.

“Nobody factored in, once people have a notification, what should they do?” he said.

Even if the app takes off, many experts consider it a poor substitute for contact-tracing boots on the ground.

In Italy, mostly health care professionals, administrative staff and, if needed, people from veterinary public services can be employed in contact tracing.

But Ms. Pisano spoke dismissively about the more old-fashioned, door-knocking approach, which proved critical in stopping past epidemics. “We believe in technology,” she said.