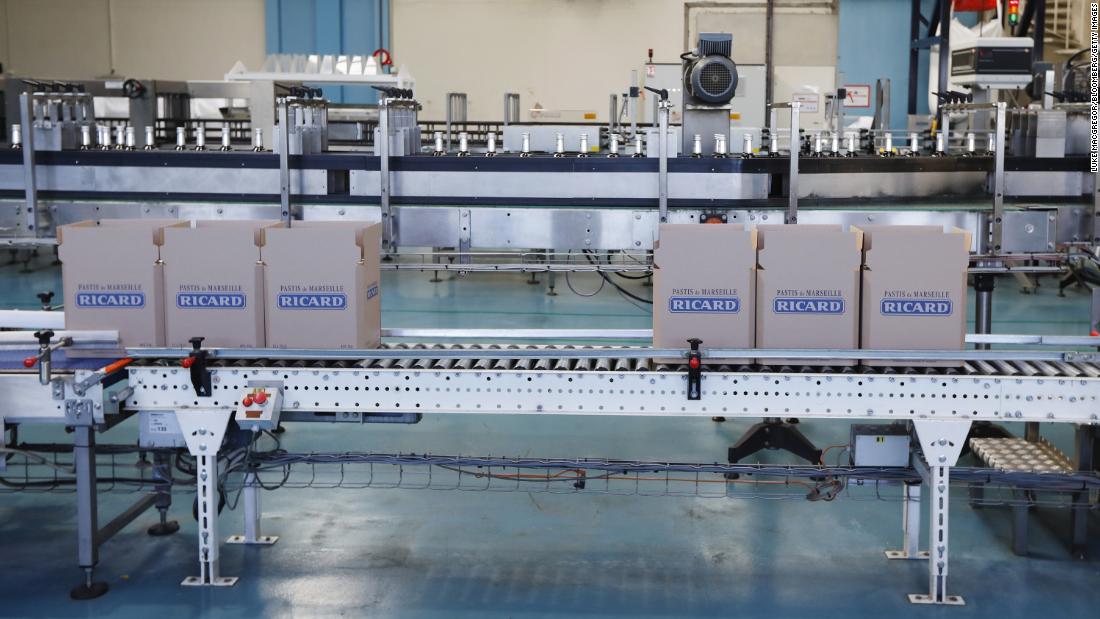 BrewDog, Leith Gin, Verdant Spirits and Pernod Ricard are all getting involved in efforts to ramp up production of hand sanitizer, which has become scarce in many countries due to a massive spike in demand.

The announcements follow a raft of similar efforts from some distilleries in the United States.

BrewDog announced it would start making hand sanitizer at its brewery in Scotland on Twitter Wednesday.

“We are determined to do everything we can to try and help as many people as possible stay safe. It’s time to keep it clean,” tweeted the company.

Another Scottish company, Leith Gin, made its own announcement Tuesday.

“We have suspended spirit production and are making high strength hand sanitiser for those in need in our local community,” tweeted the company.

The distillery also appealed for donations of small plastic bottles to use as packaging.

Verdant Spirits, a distillery based in Dundee, Scotland joined in the efforts Tuesday, tweeting an appeal for donations.

“We’ve been asked to switch our production temporarily to make hand sanitiser for our local health workers,” said the company.

The company is working with Laboratoire Cooper, a major supplier of hand sanitizer to pharmacies in France, according to an announcement Wednesday.

Pernod Ricard (PDRDF) subsidiaries in Sweden, Ireland, Spain and the United States will also contribute to local efforts to boost production of hand sanitizer, it said.

These efforts involve the Absolut Vodka distillery in Sweden; Rabbit Hole (Kentucky), Smooth Ambler (West Virginia) and TX Whiskey (Texas) in the United States; and other facilities in Spain and Ireland.

On Sunday, luxury goods conglomerate LVMH (LVMHF), the parent company of Christian Dior, Guerlain and Givenchy, announced it would help French health authorities by manufacturing hand sanitizer and providing it to them free of charge.

LVMH said it would use the production facilities of its perfumes and cosmetics brands to produce large quantities of sanitizer.

CNN’s Ya Chun Wang contributed to this report.