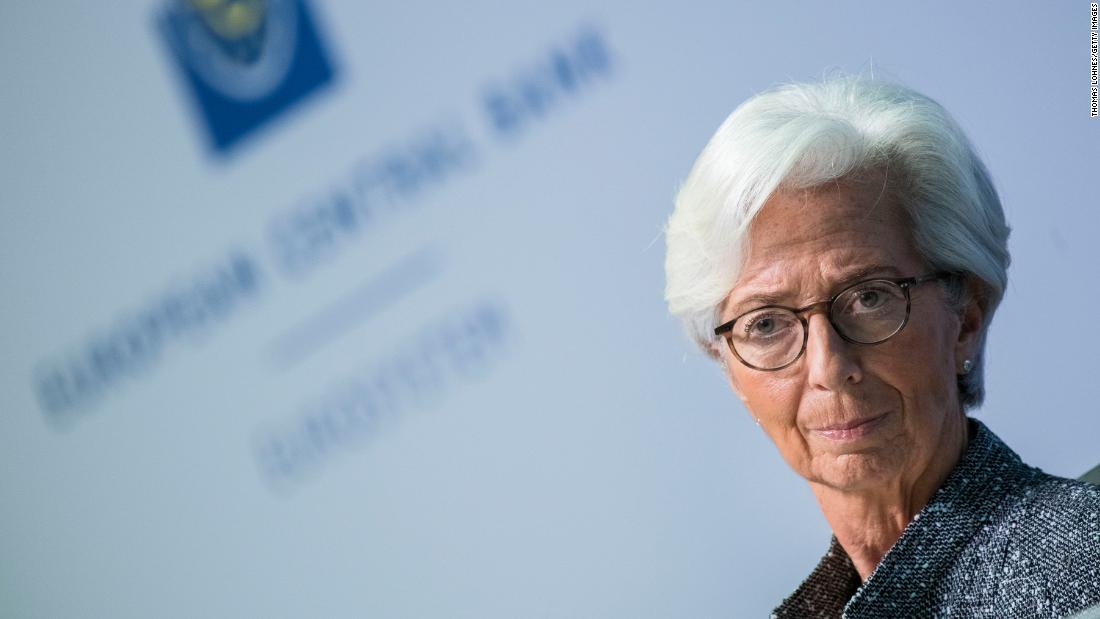 “The Governing Council is fully prepared to increase the size of its asset purchase programs and adjust their composition, by as much as necessary and for as long as needed,” the ECB said in a statement.

That massive increase to the central bank’s balance sheet, known as quantitative easing, is designed to keep the financial system liquid when investors are running scared. Global stocks have plunged deep into a bear market, and central banks around the world are engaging in emergency stimulus plans to bolster their economies and markets in the face of a potentially disastrous worldwide recession.

Europe’s central bank “will explore all options and all contingencies to support the economy through this shock,” the ECB said in a statement. Large parts of Europe are under lockdown as the virus rampages through the region. Industries such as carmaking and aviation have almost completely shut down, while many shops, bars, restaurants and other public venues have been forced to close.

The announcement comes less than a week after the ECB ramped up bond purchases — promising to buy €120 billion ($134.8 billion) in additional bonds this year — and joined central banks around the world in slashing rates on currency swaps but declined to push interest rates deeper into negative territory.
It also follows pledges by European countries to commit at least $1.5 trillion in spending and loan guarantees in a desperate bid to protect business, workers and families from the worst of the pandemic-induced pain.

The ECB said the asset-purchase program will last at least through 2020. In addition to asset purchases, the central bank will waive its existing eligibility requirements for Greek debt purchases, because that country’s economy is particularly fragile.

In addition to government debt, the ECB said it would buy commercial paper from private companies, including non-bank institutions to give companies access to short-term lending. Commercial paper allows companies to make payroll and get funding for other day-to-day needs. If that market dries up, which it had been doing in the United States, that could seriously damage companies’ abilities to remain liquid and in business.

The US central bank, the Federal Reserve, has issued a similar commercial paper rescue facility, injecting billions of dollars into the short-term lending market.

The ECB also said it would adjust its collateral standards to help finance the corporate sector as companies, particularly in the service sector, face a new world in which potential customers are confined to their homes.

“The ECB will ensure that all sectors of the economy can benefit from supportive financing conditions that enable them to absorb this shock. This applies equally to families, firms, banks and governments,” it said.