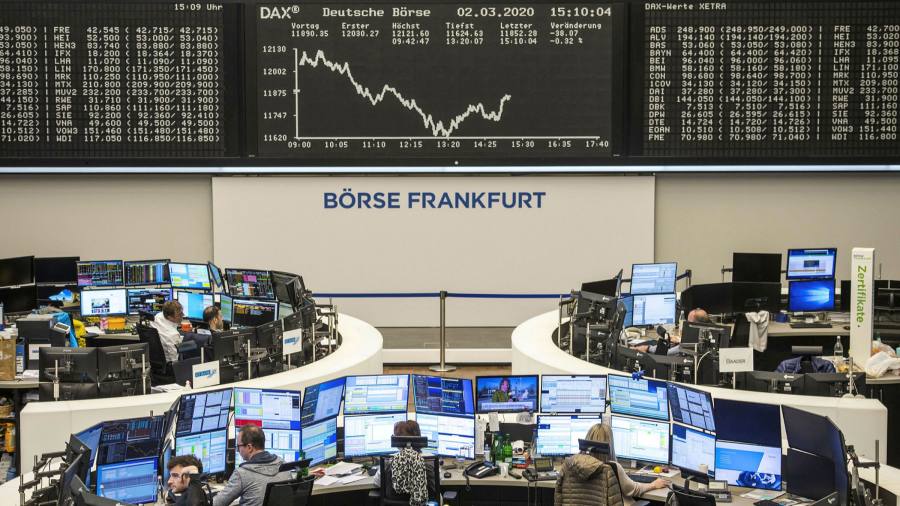 Europe’s markets regulator has accepted that sweeping new rules for futures markets are unlikely to come into effect next month, as planned, because the turbulence caused by the coronavirus pandemic has left the industry struggling to meet the deadline.

On Thursday, the European Securities and Markets Authority noted that many clearing houses and trading venues were behind on implementing rules known as “open access” — requiring them to allow their rivals to compete for traders’ business.

The reform was intended to promote competition in Europe’s €73tn futures market, where investors can bet on the movements in price of everything from interest rates to crude oil.

Industry figures say the rules pose a threat to the business models of exchanges that require investors to use their own clearing houses: entities that sit between two parties in a trade and manage the wider risk to the market if one side defaults. ICE Futures Europe, the London Metal Exchange and Deutsche Börse are among the bourses most affected by the open-access rule, on that basis.

But over the past few months markets have been unusually turbulent, testing the ability of exchanges and banks to cope at a time when thousands of their employees have been working from home. Esma said that such conditions made it more difficult for national authorities to sign off on the planned rule changes, set for July 4.

“It may be challenging for [authorities] to soundly assess whether an open access request may threaten the smooth and orderly functioning of the markets, or adversely affect systemic risk in the current market circumstances,” it said.

The open-access provisions were due to be introduced in January 2018 but were delayed, at the last minute, by 30 months. Regulators were worried about complications surrounding Brexit, which raised the prospect of exchanges and trading houses being regulated by different regimes.

More delays, however, will prompt questions as to whether this part of Europe’s mammoth Mifid II markets legislation will ever come into effect. The whole package of reforms is due to be reviewed later this year.

National authorities have the power to block open access in their countries, but only if linking clearing houses would disturb daily market operations or create a potential systemic risk.

Esma said it expected clearing houses and trading venues to “have the necessary operational capacity . . . once the exceptional market circumstances have cleared up.”

Some European countries, such as Germany, have been lobbying to prevent the provisions from taking effect. In April, Croatia, holders of the European Council presidency, circulated a discussion paper among governments to evaluate if there was a consensus for introducing open access, and found little enthusiasm.

UK officials, meanwhile, are not expecting the provisions to emerge. “It’s fair to say there are relatively few member states who are enthusiastic about the open access provisions so there must be a possibility that . . . they will never come into effect,” said Stephen Hanks, head of markets policy at the Financial Conduct Authority, the UK regulator, in a webinar last month.