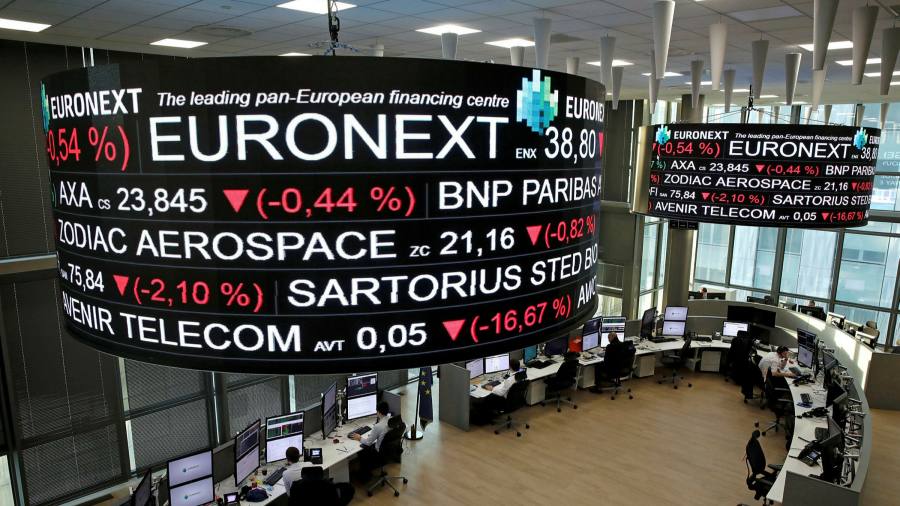 A much-debated ban on bets against stocks and bonds across markets in Europe is set to end on Monday night after regulators declared the measures a success in curbing “irrational overreactions”.

The national watchdogs in France, Italy, Spain, Austria, Greece and Belgium said they would let the restrictions expire at just before midnight on Monday. An Italian ban of three months had been set to run until mid-June.

Regulators introduced the curbs in the middle of March as markets convulsed and investors struggled to price in the full economic impact of the coronavirus outbreak. The one-month bans were then rolled over in April.

Helmut Ettl, executive director of Austrian regulator FMA, described the lifting of the ban as “a step towards returning to normality and . . . a positive signal for retail investors and professional investors”.

“The restrictions on short selling have made an important contribution to absorb the irrational overreactions of the markets as well as to maintain investor confidence in the stability of the Austrian financial market,” said Mr Ettl.

The AMF, the French markets authority, which had been at the forefront of the measures, noted that the implied volatility for the blue-chip CAC 40 share index had dropped from €84 to €30 during the past two months, while daily volumes had fallen from €12bn to €4bn. It added that this “normalisation” had been seen in other markets subject to similar bans.

But the restrictions had been opposed by exchanges, market makers and hedge funds, which lobbied regulators to let the suspensions expire.

The Stoxx Europe 600 benchmark, a composite of the continent’s biggest companies, has recovered as much as 17 per cent since the bans were introduced, prompting hedge funds to claim that extending the restrictions would make it harder to establish market prices and push up the all-in costs of trading.

“Our research also found the bans had only [a] little impact on market volatility so weren’t actually delivering what they were intended to,” said Mark Spanbroek, chairman of FIA EPTA, a lobby group for market makers.

During the past two months blue-chip indices that did not impose bans, including in the UK, Germany, Sweden and the Netherlands, have outperformed markets that brought in the measures, according to data from Refinitiv.

Tim Cant, regulatory partner at law firm Ashurst in London, said that such bans were difficult to implement in a short period and that there were several legal uncertainties surrounding them. “This may be why the majority of the EU did not adopt such restrictions,” he said.

But a Europe-wide rule, which requires holders of net short positions to report new positions of 0.1 per cent or more of a company’s issued share capital, remains in force.