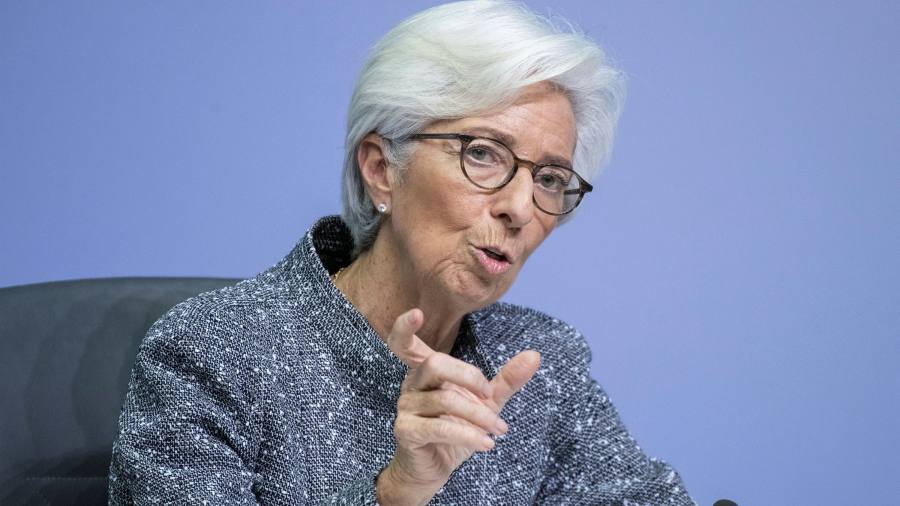 A closely watched gauge of stress in the eurozone’s financial system has climbed to its highest level since 2012, a sign that the coronavirus crisis has pushed up borrowing costs for banks in the currency bloc.

Analysts said the rise in Euribor — a measure of the interest rates that euro area banks pay to borrow from one another — is a worrying sign of “fragmentation” of the region’s money markets, with the European Central Bank’s efforts to hold borrowing costs at rock bottom failing to reach every corner of the financial system.

Three-month Euribor climbed to a four-year high of minus 0.16 per cent on Thursday. The gap between Euribor and overnight index swaps, which track interest rates set by the ECB, has reached its widest since the height of the eurozone debt crisis in 2012.

“It’s an indication of fragmentation within the eurozone,” said Antoine Bouvet, a senior rates strategist at Dutch bank ING. The figures do not indicate where the strain is coming from, but Mr Bouvet said it was likely that lenders in southern Europe were facing higher funding costs, reflecting the divergence between government bond yields in Germany and the eurozone’s “periphery”, particularly Italy. Of the 18 banks on the panel that sets Euribor, seven are based in Italy, Spain and Portugal.

The gap between Italian and German borrowing costs grew to its widest in a month earlier this week, despite the ECB’s massive programme of bond purchases, as investors worry that Rome will struggle to fund its response to the pandemic without greater assistance from less indebted eurozone members.

Banks across the region are facing a growing number of clients drawing on credit lines to survive a collapse in business while economies are locked down, according to Peter Schaffrik, a strategist at RBC Capital Markets.

“If some banks are struggling to fund at a decent level, ultimately they will end up restricting credit to their corporate clients which is the last thing the ECB wants right now,” he said. “It’s not just core versus periphery. Some large gaps have opened up in borrowing costs between stronger and weaker banks.”

The rise in the Euribor spread has persisted despite recent steps taken by the ECB to ease the flow of credit. On Wednesday, the central bank relaxed its rules to accept bonds recently downgraded to “junk” status as collateral from banks looking to access its ultra-cheap loans.

Mr Bouvet said the ECB may have to increase the pace of its asset purchases in order to harmonise conditions in government bond markets. “It’s surprising they haven’t done more to close spreads, particularly now that it’s spilling over into the broader financial system through Euribor,” he added.