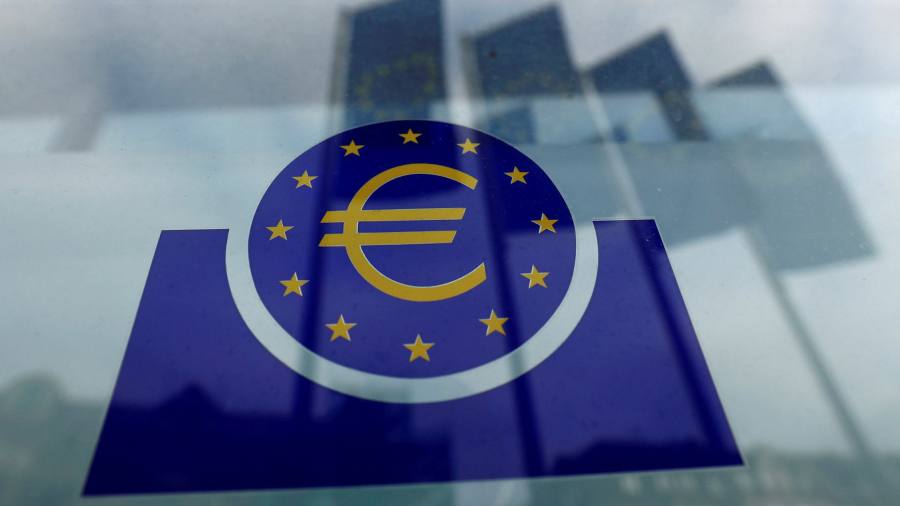 The European Central Bank’s decision to buy almost €900bn of extra bonds this year has kept sovereign yields under control and helped stave off a rerun of the 2010-2012 eurozone debt crisis.

But as new IMF forecasts on Wednesday showed, the coronavirus crisis is propelling government debt in the single currency area towards 100 per cent of gross domestic product. Central bankers and economists warned that debt burdens could still stifle the growth prospects of a range of fiscally weaker member states, straining the economic cohesion of the eurozone.

Yannis Stournaras, governor of the Bank of Greece, said his country’s experience during the last crisis showed how important it will be to keep growth afloat during the dark period ahead. The package of fiscal measures proposed by the eurogroup of eurozone finance ministers last week had, he warned, failed to go far enough.

“Keeping the difference between the growth rate and interest rate at a positive level — that is critical. We have to minimise this snowball effect that we saw in the Greek crisis,” said Mr Stournaras, who was Greece’s finance minister before taking over as head of the country’s central bank in 2014. “Whether you call it ‘coronabonds’ or something else, what we need is joint action.”

The IMF predicted euro area gross public debt will rise by around €800bn from 2019 to 2020, leaving it at 97.4 per cent of GDP, well above levels reached during the sovereign debt crisis. After Greece, Italy will have the highest debt burden this year among euro area countries, topping 155 per cent. But a number of other states including France, Spain and Portugal will have debt piles exceeding 100 per cent of GDP, the IMF’s Fiscal Monitor shows.

Vitor Gaspar, director of the fiscal affairs department at the IMF, said the numbers seen in countries such as Spain and Italy were appropriate given governments’ need to support their economies during the crisis, and that the increases in debt were in line with other parts of the world. And with interest rates low, debt-to-GDP ratios should stabilise in Spain and come down in Italy the following year, he said.

“Lots of surprises have happened in the past few weeks, but it does look like the euro area is substantially more robust than it was in the previous episodes,” Mr Gaspar said. “The financing and macroeconomic conditions should be more favourable for countries’ ability to finance higher levels of debt than in the past.”

However, many economists worry that the current crisis will bear far more heavily on fiscally stretched countries, especially in the south, as heavy debt loads constrain their ability to invest in a robust recovery. The current shock may be “symmetric,” said Lorenzo Codogno of LC Macro Advisors, “but the policy response might be asymmetric because of the different fiscal space in different countries.”

Lots of surprises have happened in the past few weeks, but it does look like the euro area is substantially more robust than it was

If Europe ends up in a situation where some countries are constrained in policy responses and growth performances diverge, he said, “it would produce economic and social and political strains”.

The Italian economy, for instance, has stagnated for more than a decade and it was already the weakest performer in the eurozone when the coronavirus crisis hit, having shrunk 0.3 per cent in the final three months of last year — its biggest quarterly fall for almost seven years.

A sell-off in Italy’s government debt this week has pushed the country’s 10-year yield to a four-week high of over 1.8 per cent. That reversed more than half of the reduction in the spread between Italian and German long-term borrowing costs since the ECB announced its extra €750bn bond-buying plan.

Mohamed El-Erian, chief economic adviser at Allianz, said that, like other parts of the world, Europe will leave the shutdown with higher debt and lower growth potential.

“Absent some form of subsidised support from the ECB or, preferably, subsidised financing from the more resilient countries, this will add to the longer-term debt sustainability challenges facing some of the more vulnerable economies,” he said, “thereby adding to both growth and financial stability risks.”

The risks of a serious loss of investor confidence in euro area governments are being minimised thanks in significant part to the ECB’s action. Italian bonds, for example, made up over a third of the €34bn in sovereign debt bought by the ECB last month, as it waded into government debt markets to reverse a sudden spike in borrowing costs.

The central bank also bought higher-than-usual levels of French and Spanish government bonds in response to rising yields on the debt of those countries. The cost of borrowing for several peripheral eurozone members rose sharply last month after ECB president Christine Lagarde’s comment that it was not the central bank’s job to “close the spread” in bond markets. She later withdrew the remark.

“We [the ECB] are not going to permit a fragmentation of the financial markets, we are not going to permit rises in risk premia that are not based on fundamentals,” said Pablo Hernández de Cos, governor of the Bank of Spain. “As debt levels rise, it is all the more important that countries grow; and to raise growth prospects, reforms to boost productivity and employment are essential.”

Investors are closely watching an EU summit call next week in which leaders will consider jointly funded measures aimed at supporting the bloc’s recovery once the lockdowns end. The eurogroup has already supported measures worth over €500bn aimed at immediate crisis support, but the focus will be on a recovery fund that would help weaker states invest in the rebound.

“The decision makers in Europe have shown a willingness to act under a crisis — and that is the case this time as well,” said Mr Gaspar. “The package of measures from the eurogroup last week is certainly a start.”