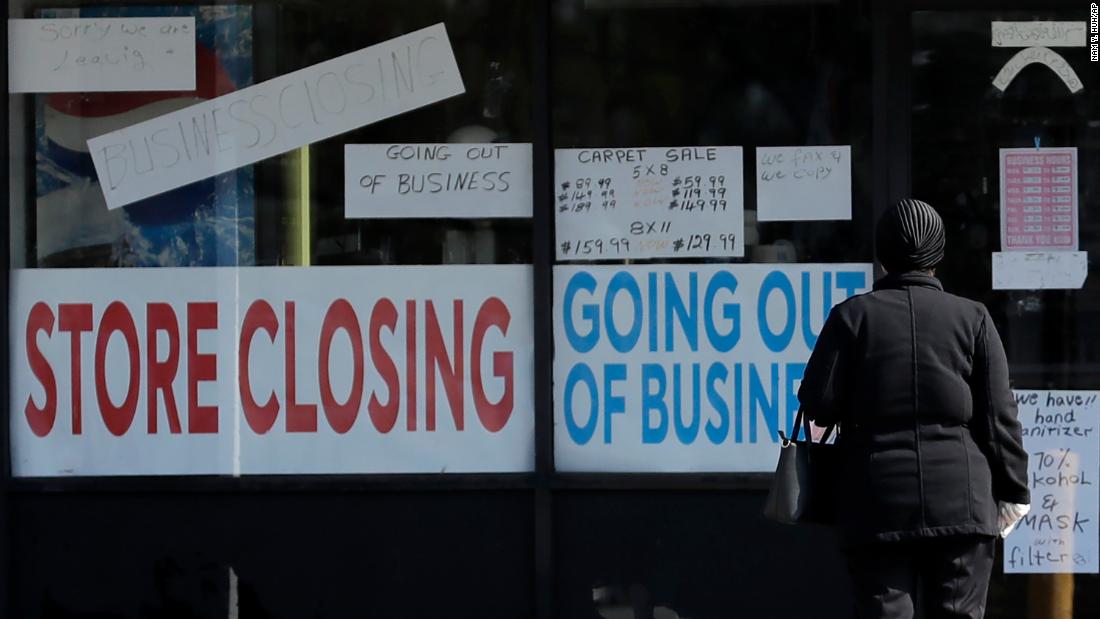 OK, before you click the back button, stick with us: This particular nerd war perfectly illustrates the conundrum the world faces during the pandemic.

Blankfein tweeted this basic point: We’re all gonna get coronavirus anyway, so we might as well reopen the economy to get millions of out-of-work Americans back on their feet.

Kashkari has advocated for a more gradual reopening — and he’s not having any of his former colleague’s tweets. His counter-punch: Cool, Lloyd, which movie are you going to this evening?

This is the problem that’s vexing our brightest economic minds: How can you reopen when it will make people sick? How can you stay closed when people are suffering?

Treasury Secretary Steve Mnuchin — yet another Goldman alumnus — is solidly in the Blankfein camp. He argued Tuesday that the economy has to reopen now. To drive his point home, he told members of the Senate Banking Committee he was supremely bummed the hearing took place on a video chat, because he wanted to testify in person.
Kashkari’s kinda-boss Jerome Powell, chairman of the Federal Reserve — who did not work for Goldman btw — also testified Tuesday, taking Kashkari’s side of the argument: The economy is going to reopen gradually whether we want it to or not.

Here’s the pickle in a nutshell (ew)

If you opened the entire economy tomorrow, that wouldn’t solve the crisis we’re in: As Kashkari notes, who’s going into restaurants, when indoor, tightly packed, air-conditioned spaces are the most dangerous places to be? Or movie theaters, nail salons or basketball games?

If you kept the entire economy closed for many more months, that wouldn’t solve the problem either: Coronavirus cases continue to rise across the country despite stay-at-home orders. And as Blankfein notes, business owners and workers are in dire straits. An extended shutdown could further destroy the livelihoods of millions of Americans.

So which is the least-worst option?

Well, maybe there’s a third path. It’s isn’t pretty, and it ain’t perfect. But it just might be the best solution we’ve got.

Powell has advocated for an in-between: Let the government go to town bailing out the most vulnerable workers and businesses while gradually reopening the economy when health experts say that’s wise.

Congress and the Fed have already allocated trillions of dollars to stimulus checks, business loans, troubled asset purchases, municipal bond buying, and gobs of other programs aimed at keeping the economy from collapse. Some businesses and workers have inevitably fallen through the cracks, but millions of people have received emergency unemployment insurance and thousands of businesses have been granted forgivable loans.

It’s a Band-Aid, not a cure, for sure. It’s an expensive Band-Aid that we’ll be paying off for quite some time.

And while it won’t replace paychecks for many Americans, it’s something. The continued — and expanded — government support for workers, businesses and state and local governments could keep people on their feet while flattening the infection curve.

The former Goldman nerds are all correct. The only path out of this might be the same thing we’re doing right now: Staying at home and spending a ton of money to bail ourselves out of this mess.