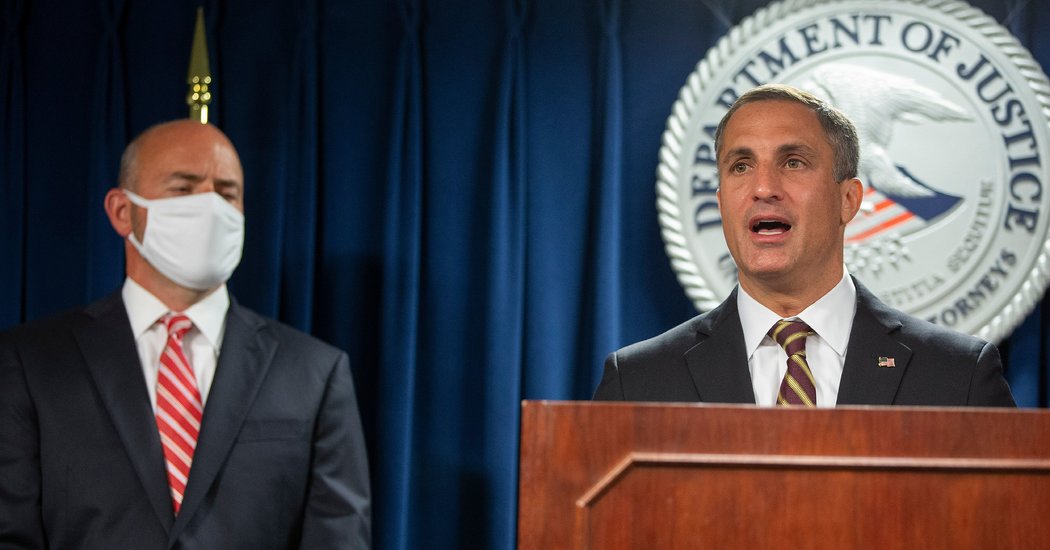 In response, one company executive wrote to another saying the newsletter editor was “out with a hot piece on the litigation. If you are ever going to take her down … now is the time,” according to text messages included in the complaint. The other executive responded: “Let me ask you this. Do we need to shut her entire site down?”

Prosecutors said the executives behind those messages — who were not named or charged in the case — pressured other employees to do something about the newsletter’s editor. The people charged in the case then began a three-pronged campaign. Several eBay employees sent “unwanted and disturbing deliveries” to the couple’s home, the complaint said, including a preserved fetal pig, fly larvae, live spiders, a sympathy funeral wreath — and pornography that was addressed to the couple by name, but sent to two of their neighbors.

The employees also sent a series of increasingly aggressive direct messages on Twitter, asking the newsletter editor what her problem was with eBay, the complaint said. The court filing said they followed up with threatening messages, culminating with publishing the couple’s home address.

As an excuse to covertly surveil the couple in the home, the complaint said, two employees also registered for a software conference in Boston in August, and, lest they were stopped by the police, went to the couple’s house carrying false documents purporting to show that they were investigating the publishers for threatening eBay executives.

The couple spotted the eBay employees spying on their house, however, and called the police, who contacted eBay for assistance.

As the police and eBay began to investigate, employees involved in the cyberstalking campaign lied to the police, as well as to eBay’s lawyers, and deleted evidence of their involvement, prosecutors said, obstructing the federal investigation.