Exclusive: He quit his Facebook job because of Zuckerberg’s inaction on Trump’s posts 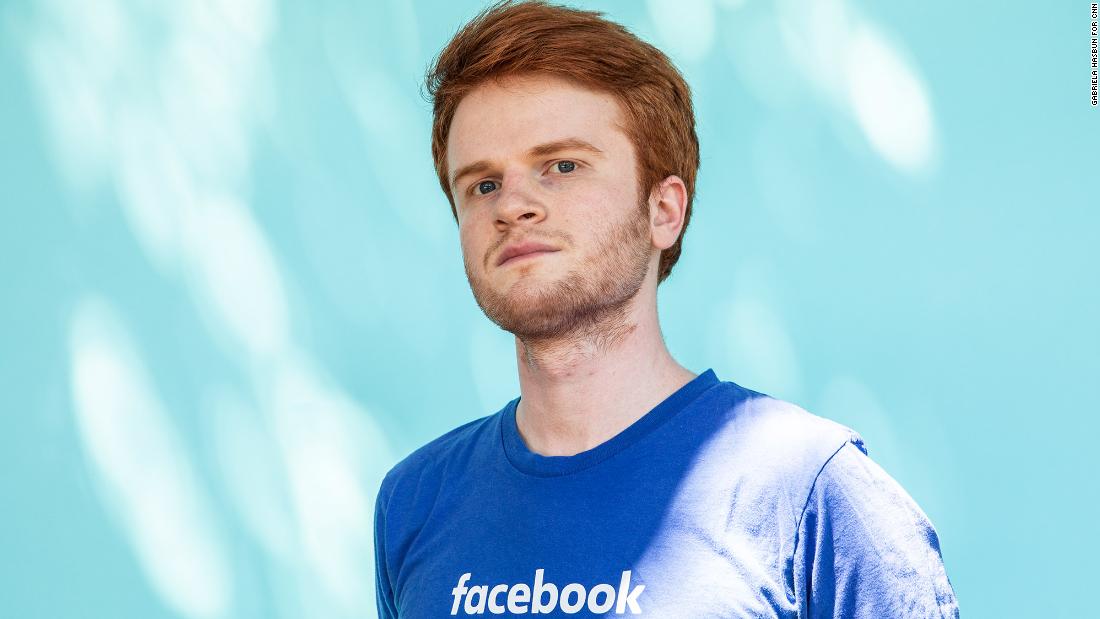 Zuckerberg’s inaction, Aveni said, proved the 36-year-old billionaire had abandoned one of his key principles to shut down calls for violence on Facebook.

“Zuck has told us over and over that calls to violence would not be tolerated on the platform, even if they were by the President of the United States,” Aveni told CNN Thursday from his home in Menlo Park, California, near Facebook’s world headquarters.

Although the company has implemented new policies and procedures since — especially around misinformation, online hate, and incitement to violence — some Facebook staff say they have been left wondering if some of the company’s most significant commitments are hollow.

Zuckerberg had pledged that calls for violence would not be tolerated.

“If anyone, including a politician, is saying things that can cause, that is calling for violence or could risk imminent physical harm … we will take that content down,” he said testifying before Congress last October.

As protests, some violent, played out across the US, President Trump posted on Facebook and Twitter last week, “these THUGS are dishonoring the memory of George Floyd, and I won’t let that happen. Just spoke to Governor Tim Walz and told him that the Military is with him all the way. Any difficulty and we will assume control but, when the looting starts, the shooting starts.”

His phrase “when the looting starts, the shooting starts,” mirrors language used by a Miami police chief in the late 1960s in the wake of riots.

Zuckerberg decided to take no action, explaining in a Facebook post, “we decided to leave it up because the National Guard references meant we read it as a warning about state action, and we think people need to know if the government is planning to deploy force.”

“I don’t think that this was a decision made based on principle,” Aveni told CNN Thursday, “I think he made the decision and then tried to find some way to connect it to principle, because that was convenient for him. And that’s not the way these things should go.”

After interning at the company twice during college, Aveni started a full-time job at Facebook immediately after finishing college a year ago.

He was optimistic about the role he could play at Facebook, saying, “I think Facebook in a lot of ways is a really positive force for good in the world. There are incredible ways that Facebook is able to connect people to other people, and we’re seeing all over the world that that is having a really positive impact on people’s lives.”

Facebook had, by the time he joined in 2019, faced scrutiny on a number of fronts. Aveni said he understood that. “So I knew that Facebook wasn’t pure,” he said. “And I acknowledged that, you know, to some extent, maybe I, I should accept blame for, for going there anyway. But I really do think that in many, many ways, Facebook is a net positive in the world, and I wanted to help contribute to the positive.”

After revelations of widespread misinformation before the 2016 US presidential election, Facebook partnered with the International Fact-Checking Network (IFCN) to work with a global network of third-party fact-checkers.

While posts debunked by fact-checkers remain on Facebook, a fact-checking message is appended to them.

Facebook often points to the network of third-party fact-checkers when it attempts to push back on the perception that the company itself is an arbiter of truth.

As an engineer, Aveni said he is part of a team that is responsible for showing fact-checks to Facebook users.

It was only a few months into his time at the company though that Aveni, a registered Democrat, began feeling disturbed by what he viewed as the company reneging on its principles. In September, after protests from Republican US senators, Facebook removed a fact-check on an anti-abortion video.

Aveni saw Facebook’s intervention in the fact-check of the anti-abortion video as highly problematic, evidence, he says, of Zuckerberg bowing to pressure from conservatives and an abandonment of principle.

An investigation by the International Fact-Checking Network found the fact-check to be “fair and accurate.”

But it was Facebook’s inaction on Trump’s posts last week was what ultimately led Aveni to quit.

Aveni’s public resignation, along with growing public outcry from current employees on social media, is essentially unprecedented in a company where dissent is usually kept in-house. Some employees, according to Aveni, have chosen to stay at the company in an attempt to use their positions to change it.

“I think that the right option for a lot of people, including many of my colleagues, is to keep trying to do the right thing from within the company. I just felt like I couldn’t do it anymore. I was exhausted.”

Despite his public Facebook post on Monday slamming Zuckerberg, when Aveni spoke to CNN Thursday he was still an employee of the company — having given Facebook two weeks’ notice.

Aveni said he decided to go public with his resignation to show those who suffer racial injustice “in this really chaotic time in the country that we are allies.”

Aveni said he has been overwhelmed by the outpouring of public support since his post on Monday. He’s received messages about potential new work, and he confirmed, “I have received outreach from some employees at Twitter.”

A Facebook spokesperson did not respond directly to Aveni but pointed to a statement the company had issued earlier in the week, “We recognize the pain many of our people are feeling right now, especially our Black community. We encourage employees to speak openly when they disagree with leadership. As we face additional difficult decisions around content ahead, we’ll continue seeking their honest feedback.”

The spokesperson also pointed to Zuckerberg’s two public posts on the issue.

One group controversially exempt from the fact-checking system at Facebook is politicians, who can lie without having their posts or ads flagged with fact-checking messages or penalized by the algorithm under Facebook’s current rules.

“We don’t fact-check political ads. We don’t do this to help politicians, but because we think people should be able to see for themselves what politicians are saying,” Zuckerberg said in a speech defending the policy last year, “I know many people disagree, but, in general, I don’t think it’s right for a private company to censor politicians or the news in a democracy.”

Despite disagreeing with that exemption, Aveni said he think Facebook has done a good job fighting misinformation.

“They’ve spun up a great misinformation team that’s done really incredible work in making sure that misinformation doesn’t have as big of an impact as it would have had otherwise,” he said.

But, Aveni warns, it doesn’t matter how good the technology is, or how good partnerships with the likes of fact-check organizations are if Zuckerberg and company leadership aren’t going to step-up in the moments that matter.

“I think [Zuckerberg is] scared to take action when it really, really matters,” Aveni said, “And that concerns me because I don’t know how many chances we have to do the right thing anymore. I think we’re seeing the country go down a really, really dangerous path.”