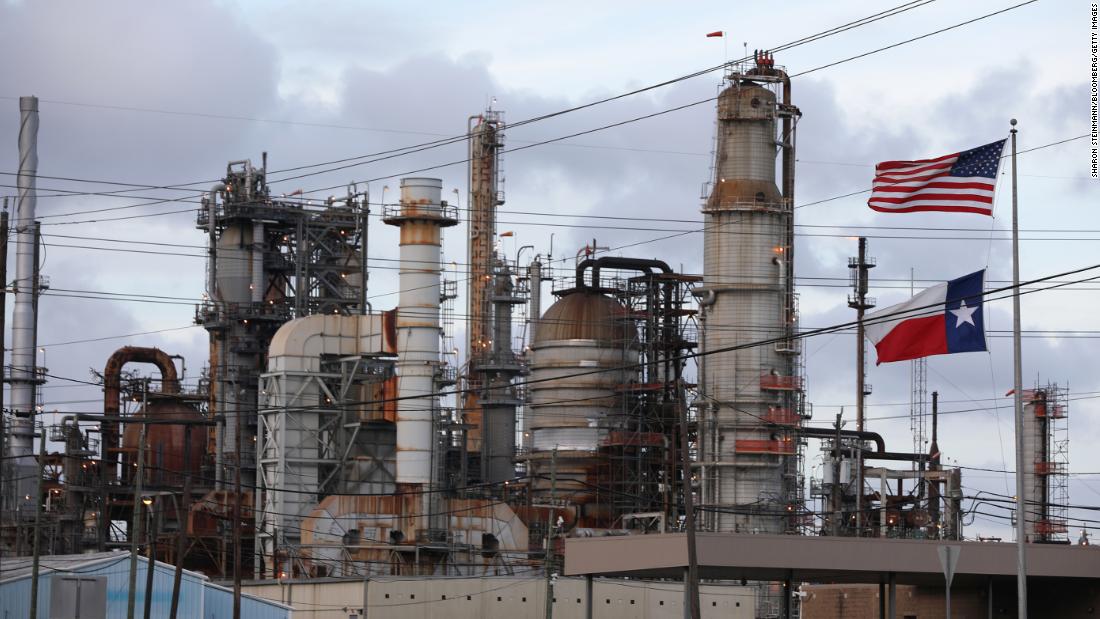 Exxon (XOM) revealed Friday a surprise loss of $610 million during the first three months of the year. The red ink was driven by the collapse in prices and a $2.9 billion charge linked to writedowns from the collapse in oil prices.
Both Exxon and rival Chevron (CVX) are hunkering down to defend their coveted dividends from cheap oil.

Exxon announced it will slash its 2020 spending by 30% to $23 billion. Chevron is conserving cash by cutting its 2020 spending targets by up to $2 billion. That would bring the company’s budget 30% below the goals entering the year.

The spending cuts by Big Oil will ripple across the oil industry, translating to lower production and potential job cuts.

Both companies are hoping to avoid having to lower their dividends — something their European rivals are already doing. Chevron hasn’t touched its dividend since the Great Depression.

“Chevron is responding to these unprecedented challenges by making changes to what we control, and with a commitment to protect the long-term health and value of the company,” Chevron CEO Michael Wirth said in a statement.

The oil industry has been crushed by an historic collapse in demand caused by the coronavirus pandemic. The energy market is also suffering from excess supply caused by a price war between Saudi Arabia and Russia.

Earlier this week, Royal Dutch Shell (RDSA) slashed its dividend by 66%, the first such cut for the oil giant since World War II. Likewise, last week Equinor, the Norwegian oil company, lowered its dividend by 67%. BP (BP), on the other hand, maintained its dividend but said it would keep the payout under review.

Chevron painted a gloomy picture about the future, warning that results are likely to remain “depressed as long as current market conditions persist.”

Chevron’s first-quarter profit jumped 38% to $3.6 billion. But that increase was driven by one-time items, including asset sales and currency swings. Revenue fell by less than feared to $31.5 billion

The underlying results looked weaker. Chevron’s cash flow from operations dropped 8% to $4.7 billion. The company’s average sales price per barrel of oil and natural gas liquids tumbled to $37 a barrel, down from $48 a year before.

That’s why Chevron is now planning to spend just $14 billion in 2020. That’s down from the $20 billion goal set before the pandemic.

Chevron’s share prices retreated 3% in premarket trading. The stock has lost nearly one-quarter of its value this year.