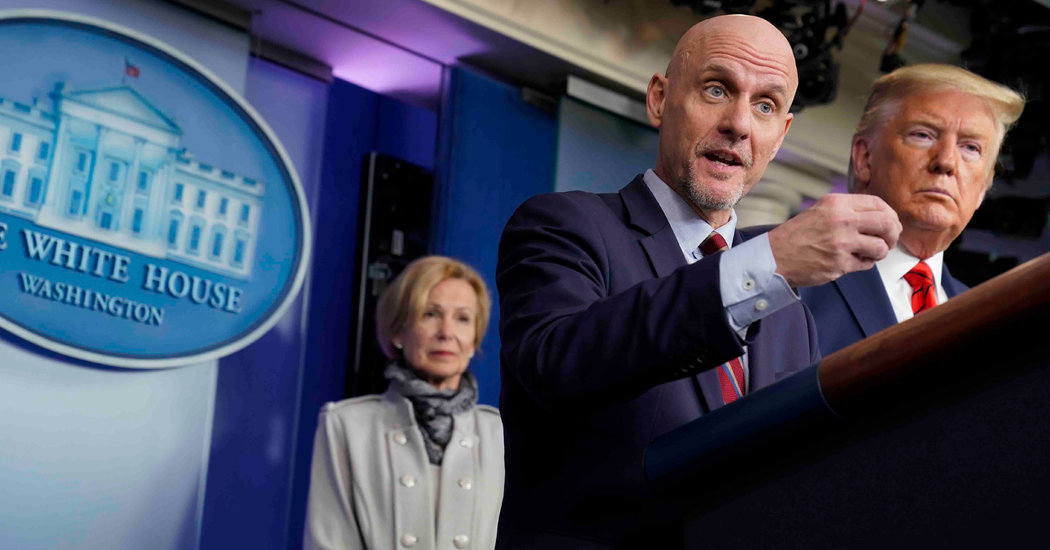 The drugs can cause dangerous abnormalities in heart rhythm in coronavirus patients, and should be used only in clinical trials or hospitals where patients can be closely monitored for heart problems, the Food and Drug Administration warned in a safety communication issued on Friday.

Results of small studies have trickled out in the last few weeks that signaled more problems with using the malaria drugs to treat coronavirus patients. The latest report, on Friday in the journal Nature Medicine, describes abnormal heart rhythms in 84 patients treated with the drugs.

Several medical societies, including the Infectious Diseases Society of America, the American Thoracic Society and the American College of Cardiology, have warned of the risks of using malaria drugs with azithromycin to treat patients with Covid-19 outside of a clinical trial or without close monitoring.

“The F.D.A. is aware of reports of serious heart rhythm problems in patients with Covid-19 treated with hydroxychloroquine or chloroquine, often in combination with azithromycin” and other drugs that can disrupt heart rhythm, the statement said. It also noted that many people were getting outpatient prescriptions for the drugs in the hopes of preventing the infection or treating it themselves.

The warning is based on reports from multiple sources that described adverse events, including several types of abnormal heart rhythm, “and in some cases death,” the F.D.A. said.

The message is the second warning about the drugs this week from a federal health agency. On Tuesday, guidelines from the National Institute of Allergy and Infectious Diseases cautioned that patients receiving hydroxychloroquine or chloroquine should be monitored for adverse effects, particularly an abnormality in heart rhythm called prolonged QTc interval. And at a White House briefing that day, the F.D.A. commissioner, Dr. Stephen Hahn, emphasized that the agency wanted data from randomized clinical trials before considering the drugs as a valid treatment.

Rick Bright, who led the Biomedical Advanced Research and Development Authority, the agency seeding money to companies working on vaccines, said on Wednesday that he was removed from his post after he pressed for rigorous vetting of hydroxychloroquine, and that the administration had put “politics and cronyism ahead of science.”

There is no proven treatment for the coronavirus, and there is no proof that hydroxychloroquine and chloroquine can help coronavirus patients. Those two drugs are approved to treat malaria and the autoimmune diseases lupus and rheumatoid arthritis. But earlier reports from France and China suggesting a benefit led to interest in the drugs, even though the reports lacked the scientific controls needed to determine whether the drugs actually worked. The French study was later discredited.

Scientists have urged that the drugs be tested in controlled clinical trials to find out definitively whether they can fight the coronavirus or quell overreactions by the immune system that can become life-threatening. Those studies are underway in the United States and around the world.

Dr. Anthony Fauci, director of the National Institute of Allergy and Infectious Diseases and a member of the president’s coronavirus task force, has not endorsed the drugs, but has consistently said that scientific evidence is essential to find out whether they work.

“I have been very clear of the importance of doing randomized controlled trials to definitively prove whether something is both safe and effective,” he said in an interview.

A report on Friday, from doctors in New York, adds to concerns about combining hydroxychloroquine and azithromycin. In 84 hospitalized patients receiving the drugs, electrocardiograms found a rhythm disruption called a prolonged QTc interval a few days after the treatment began. In nine cases the disorder was severe, reaching levels known to increase the risk of sudden death. None of the patients died from heart problems, however.

Patients given the combination should be carefully monitored, especially if they have other chronic conditions and if they are also receiving other drugs known to affect heart rhythm, the doctors, from NYU Langone Health, said in a letter to the journal Nature Medicine.

Many of the 84 patients had other health problems, including 65 percent with high blood pressure and 20 percent with diabetes. Their ages ranged from 18 to 88, with an average of 63, and 74 percent were male. Many hospitals are reporting that the disease appears more serious in men than in women.

The doctors suggested that the underlying illnesses and the severity of the coronavirus infection may have made the patients especially vulnerable to the cardiac effects of the combined drugs.

Their study was peer reviewed but did not include a comparison group of patients who did not receive the drugs, to see if their heart rhythm changed as the disease progressed.

Another study, analyzing the records of 368 Veterans Affairs patients, posted on Tuesday but not yet peer-reviewed, found that hydroxychloroquine, with or without azithromycin, did not help patients avoid the need for ventilators. And hydroxychloroquine alone was associated with an increased risk of death.

But the study was not a controlled trial, was not peer-reviewed and patients who received the drugs were sicker to begin with. The authors wrote, “These findings highlight the importance of awaiting the results of ongoing prospective, randomized, controlled studies before widespread adoption of these drugs.”