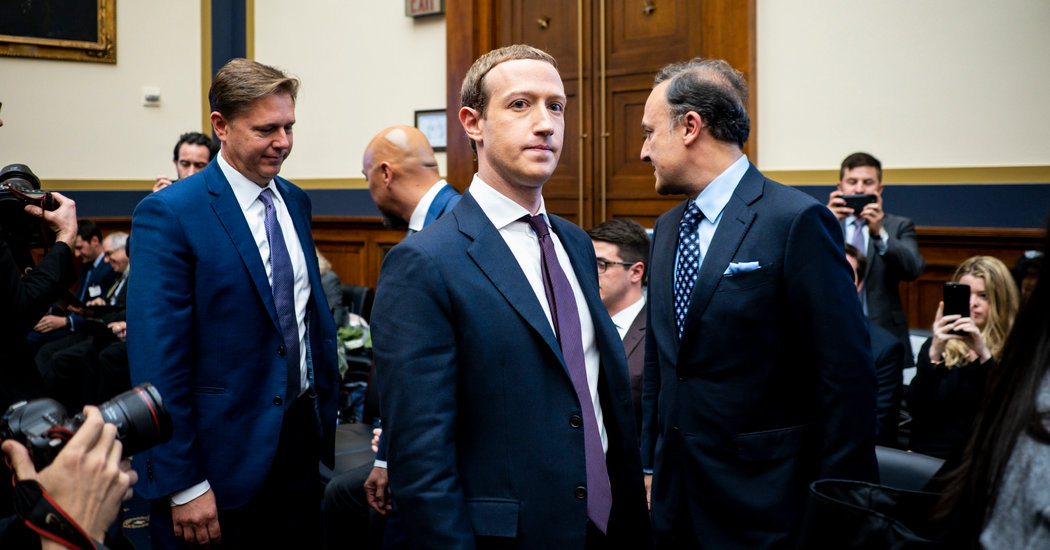 OAKLAND, Calif. — When Facebook unveiled its Libra cryptocurrency project last June, the social networking company described it as a futuristic global money that could serve as the foundation for a new kind of financial system.

But on Thursday, Facebook and its partners rolled out a less ambitious design for Libra after the effort encountered numerous hurdles and heavy regulatory scrutiny.

No longer is the group focused on making Libra the basis of a new global financial system where Facebook could essentially play the roles of a central bank and Wall Street.

In a sign of the change, the Libra project will now be focused on creating a more traditional payment network in which coins will be tied to a local currency, somewhat like the digital dollars in a PayPal account. While Libra will also have a coin backed by multiple national currencies, which was the focus of the initial design documents, that will be less prominent.

Members of the Libra Association, a Switzerland-based group that Facebook created to oversee the project, said the shifts were a response to a global outpouring of opposition to the cryptocurrency.

The criticism culminated in a hearing last October in which Mark Zuckerberg, Facebook’s chief executive, was taken to task by members of Congress for potentially bypassing many regulatory approvals for Libra. Mr. Zuckerberg and Facebook have since said they would not go forward with the project without regulatory blessing.

At the time, the stridency of the opposition led to predictions that Libra would not be able to move forward, especially after several of the Libra Association’s most prominent members — including Visa, Mastercard and other financial companies — abandoned the project.

“The feedback is not at all in vain, including the criticism,” said Dante Disparte, the vice chairman and head of public policy at the Libra Association. “What we are trying to demonstrate is that it is now being incorporated in the project.”

The Libra Association said it had begun the process of getting regulatory approval for the payment network from the Swiss Financial Markets Supervisory Authority. To ensure that authorities around the world are on board, the Swiss agency is working with a “college” of regulators from over 20 countries. The association said it still aimed to bring the system live this year.

“I suspect this round will be better received, but that depends on how the story is told, and the accuracy with which it is told,” Mr. Disparte said.

Two companies — Shopify and the financial firm Tagomi — have also recently joined the Libra Association, which now has 22 members in total.

Matthew Davie, the chief strategy officer at the microlender Kiva, and one of five board members of the Libra Association, said the coronavirus lockdowns had underscored the need for a more functional digital payment system like Libra that allows people to pay for things even when they are stuck at home.

“The virus is highlighting the need for digital payments,” Mr. Davie said. “If you look at those who are getting left out it is those who are not digitally connected.”

Libra still has many forces aligned against it. In addition to the blowback from politicians and regulators, Libra led several countries, most notably China, to speed up plans to develop their own digital currencies. Authorities in China and elsewhere have said they want to make sure they introduce their currencies before Libra can get traction.

Members of the Libra Association said they wanted to complement, rather than compete with, national currencies. The group said it would work with countries that have their own digital currencies.

In a new Libra white paper, the association said it would create multiple coins, each backed by a different national currency, in order to make local commerce easier. A separate coin backed by multiple currencies would be useful for moving money between countries.

The association is also abandoning plans for Libra to take the distinctive open architecture of Bitcoin, one of the best-known cryptocurrencies, which has a so-called permissionless quality that allows anyone to build on it. Such a design had led to widespread concerns that terrorists and other bad actors could use Libra for underhanded reasons.

Libra will now be a closed system in which only partners with the approval of the association can build infrastructure, such as wallets, for the coins.

“We think of this network as evolving as a complement to traditional institutions,” said Christian Catalini, a professor at M.I.T. and the chief economist for Libra.