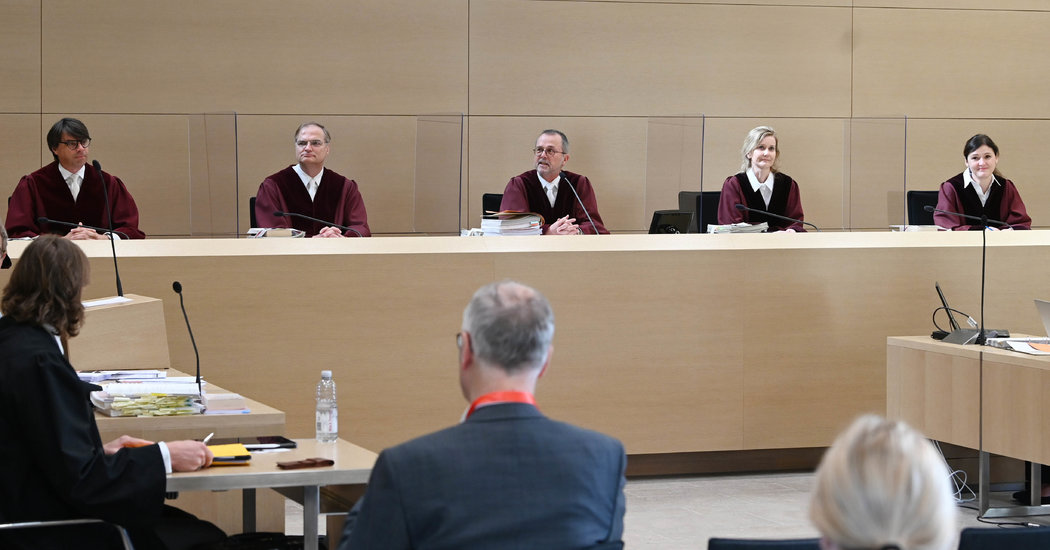 LONDON — In a decision that could further embolden European governments to take on large tech platforms, Germany’s top court on Tuesday ruled that Facebook had abused its dominance in social media to illegally harvest data about its users.

The ruling by Germany’s Federal Court of Justice, upholding a decision by the country’s antitrust watchdog, is a major victory for proponents of tougher regulation of the world’s largest technology companies.

The case had been closely watched after German regulators last year used a novel interpretation of competition law to rule against the social media giant. The authorities said Facebook broke competition laws by combining data it collects about users across its different platforms, including WhatsApp and Instagram, as well as from outside websites and third-party apps.

In Germany, Facebook now must alter how it processes data about its users. It was ordered to allow people to block the company from combining their Facebook data with information about their activities on other apps and websites.

The decision is a direct shot at Facebook’s advertising-based business model, which relies on collecting reams of data about people in order to offer more targeted ads. Authorities argued Facebook unfairly used its dominance to collect data about millions of users of third-party sites that use tools like Facebook’s “like” and “share” buttons, and an analytics service called Facebook Pixel.

Regulators concluded consumers face a false choice: Agree to hand over vast amounts of personal data or not use Facebook’s ubiquitous social media services at all.

Facebook successfully appealed last year’s decision when a court ruled that regulators had overstepped their legal authority. That decision was appealed to Germany’s highest court.

On Tuesday, the federal court said regulators were right in concluding that Facebook is abusing its dominant position in the market.

The decision on Tuesday may not be the last word. A lower court still must issue a ruling on the matter, a process some antitrust attorneys view as a formality given the high court’s strong-worded ruling. In theory, the lower court could rule in Facebook’s favor, setting up another appeal to the federal high court . Another wild card is German officials could send the matter to the European Court of Justice, the European Union high court that resolves many thorny legal questions from member states, said Rupprecht Podszun, a competition law professor at the University of Düsseldorf.

Facebook said it would continue to fight, arguing that it has months before it must comply and that no changes will be implemented immediately. “We will continue to defend our position that there is no antitrust abuse,” Facebook said in a statement.

Facebook is the latest tech company to suffer a regulatory setback. This month, the European Commission announced a formal investigation of Apple over its treatment of third-party app developers. Amazon is also under antitrust scrutiny in Brussels. In Washington, Amazon, Apple, Facebook and Google are facing investigations by the Justice Department, Federal Trade Commission and Congress.

Germany’s top antitrust enforcer, Andreas Mundt, has long pushed for regulators to be more aggressive in taking on Facebook and other tech giants. He has argued that Facebook uses the data it collects from users to further strengthen its position over rivals, harming competition.

On Tuesday, Mr. Mundt cheered the court decision, saying data is one of the most valuable assets in the digital economy and must be a central part of antitrust enforcement. He said the court’s decision “provides important information on how we should deal with the issue of data and competition in the future.”

“Data are an essential factor for economic strength, and a decisive criterion in assessing online market power,” Mr. Mundt said in a statement. “Whenever data are collected and used in an unlawful way, it must be possible to intervene under antitrust law to avoid an abuse of market power.”