Facebook shuts down groups where Boogaloo suspects posted before attacks 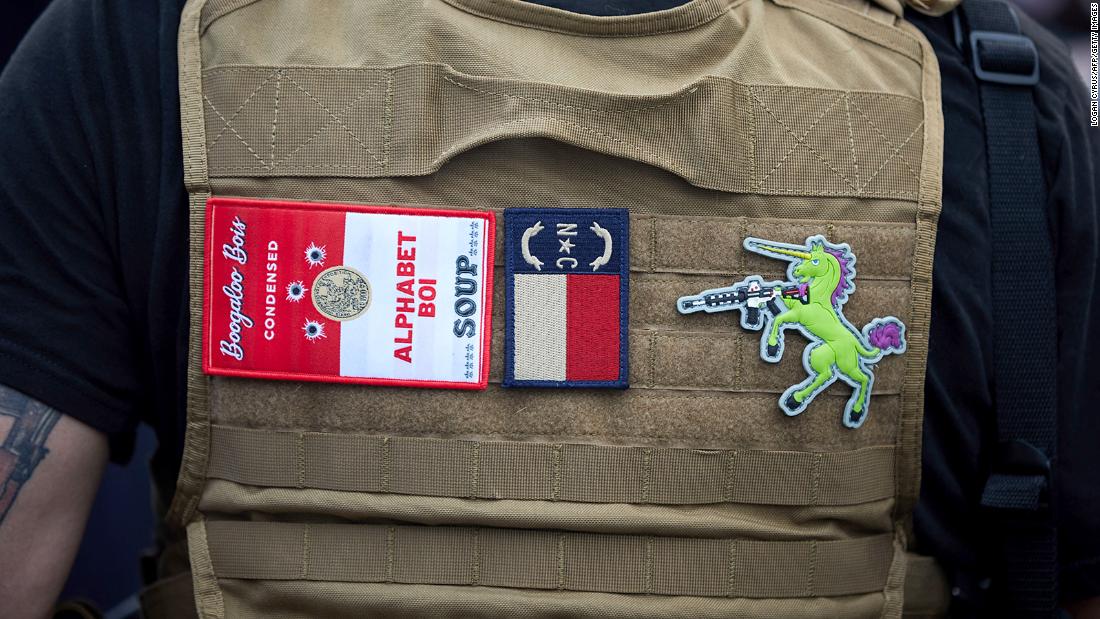 Steven Carrillo, 32, faces a federal murder charge in the May 29 drive-by shooting of David Patrick Underwood, a federal protective services officer, in Oakland. Carrillo is also a suspect in the June 6 murder of a Santa Cruz sheriff’s deputy, authorities said. At the time of the attacks Carrillo was an active-duty staff sergeant stationed at Travis Air Force Base.

A second man, Robert Alvin Justus, Jr., is alleged to have driven the van used in the Oakland shooting.

The FBI believes both men are associated with the Boogaloo movement, which federal officials say is not a defined group, but rather the ideology of heavily armed extremists who want to fight back against perceived government tyranny.
“It’s on our coast now, this needs to be nationwide. It’s a great opportunity to target the specialty soup bois,” Carrillo said in Facebook group message on May 28, an FBI special agent wrote in a federal criminal complaint filed Tuesday.

“Soup bois” is an apparent reference to federal law enforcement officers. Federal agencies, many known by their acronyms like “FBI,” are sometimes called “alphabet agencies.” The “soup boi” term is an apparently related reference to alphabet soup.

The post was followed by two fire emojis and a link to a YouTube video “showing a large crowd violently attacking two California Highway Patrol vehicles,” according to the compliant.

“Let’s boogie,” Justus responded, according to the complaint.

“I believe that Justus’ response ‘let’s boogie’ is a statement of agreement and affirmation to engage in attacks on law enforcement personnel in accordance with Boogaloo ideology,” an FBI special agent wrote.

The messages were released after federal authorities obtained a search warrant for Carrillo’s Facebook records.

On the morning of the May 29 attack, according to the complaint, Carrillo commented on Facebook, “If it kicks off? Its kicking off now and if its not kicking off in your hood then start it. Show them the targets.”

Carrillo allegedly added, “Go to the riots and support our own cause. Show them the real targets. Use their anger to fuel our fire. Think outside the box. We have mobs of angry people to use to our advantage.”

According to authorities, Carrillo and Justus went to the protests in Oakland that night, and while Justus drove, Carrillo opened fire, opening fire on officers guarding the courthouse at the federal building while protesters marched in the streets nearby, killing one guard and seriously injuring another.

Facebook has banned the use of the term “Boogaloo” and approximately 50 other derivatives of the term when they are accompanied by images or statements depicting armed violence, a spokesperson told CNN Business Wednesday.

Commenting on the California attacks, the spokesperson told CNN Business Tuesday night, “We designated these attacks as violating events and removed the accounts for the two perpetrators along with several groups. We will remove content that supports these attacks and continue to work with law enforcement in their investigation.”