Fear and a firing inside an Amazon warehouse 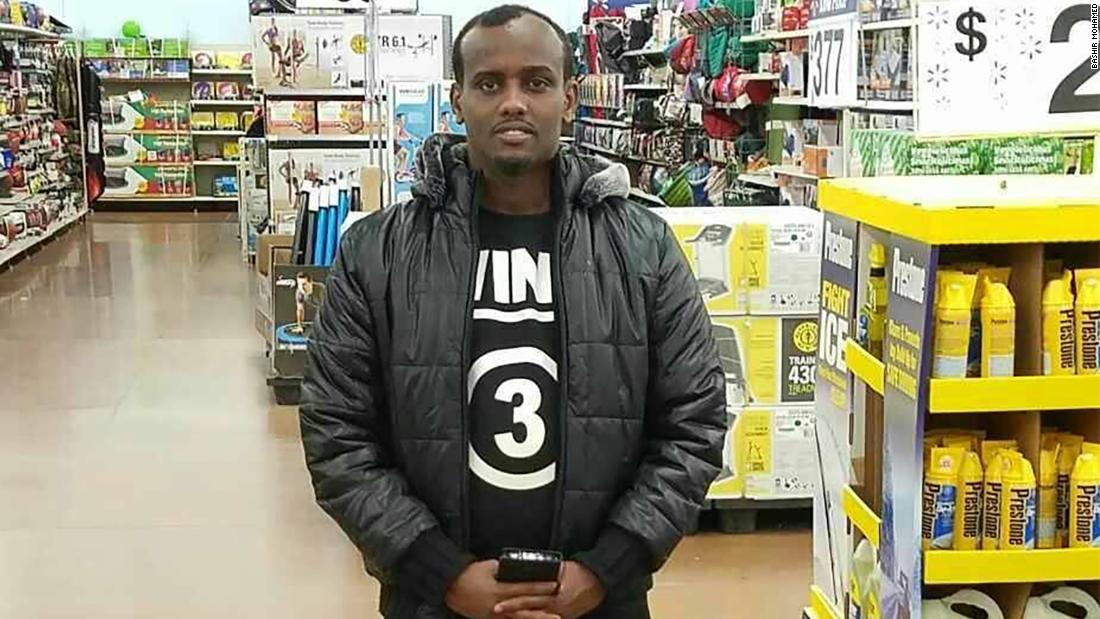 Like many at this particular Amazon (AMZN) facility, Mohamed is of Somali descent. During his years at the warehouse, he played a central role in organizing for better protections for his colleagues. Mohamed, an avid news consumer, said he began voicing concerns in February about the threat coronavirus could pose to workers and later advocated for greater worker protections as the pandemic worsened in the United States.

Mohamed distributed paper petitions to workers in Somali and English and said he expressed concerns to management about what he called the impossibility of practicing social distancing in the facility. To his surprise, Mohamed said he was given a “final warning” in late March for allegedly not following the recommendation for six feet of social distancing while speaking to a colleague in the parking lot, an incident he said he asked for proof of but was not given. He was ultimately fired earlier this month for what Amazon claims, in a statement to CNN Business, was “a result of progressive disciplinary action for inappropriate language, behavior, and violating social distancing guidelines.”

But Mohamed has a different view. “They fired me to make others scared,” he told CNN Business. “I was the top target.”

Mohamed’s firing, and the concerns expressed about it by several of his colleagues to CNN Business, highlight the tension between Amazon and its warehouse workers over safety and benefits during an unprecedented public health crisis. With their health potentially on the line, there has been renewed worker activism at a number of Amazon facilities during the pandemic — and with it, claims by workers that Amazon is retaliating. Amazon denies those claims.
Mohamed and another worker at the facility were the second and third known employees at Amazon distribution facilities in the US who were fired earlier this month. In late March, Christian Smalls — who led a protest outside Amazon’s Staten Island facility over the company’s response to coronavirus — was the first to be terminated. (The company similarly said Smalls had “received multiple warnings for violating social distancing guidelines” and was fired after attending a worker protest at the facility despite being under a 14-day quarantine.)

In a statement about Mohamed’s firing, and allegations of retaliation, Amazon spokesperson Kristen Kish told CNN Business the company has “zero tolerance for retaliation against employees who raise concerns and respect the rights of employees to protest and recognize their legal right to do so; however, these rights do not provide blanket immunity against bad actions, particularly those that endanger the health, well-being or safety of their colleagues.”

The e-commerce giant has seen soaring demand for its products and services during the pandemic as people stay home and increasingly look to Amazon as a lifeline for household essentials. But it has also become the subject of increased scrutiny as warehouse workers express concerns about a range of issues — from crowded hiring events and training sessions to limited access to disinfectant wipes and the company’s overall ability to follow through on its commitments.
There have been numerous cases of Amazon warehouse employees testing positive for coronavirus in the US and around the world. Amazon told CNN Business there have not been any confirmed cases at the Shakopee location to date.
Amazon, which has 400,000 employees across 110 fulfillment centers in North America, has not provided much information concerning the number of confirmed cases at its facilities. When asked on CNN last week, Amazon’s top spokesperson Jay Carney said, “I don’t have a specific number.”

Inside the Shakopee facility, the potential for confusion or miscommunication is particularly high, some workers said. Many are immigrants whose first language is not English. A large contingent, like Mohamed, are Somali or East African; Minnesota has the largest population of Somalis in the US, with nearly 49,000 Somali residents, according to a 2018 Economic Status of Minnesotans report.
To staff its Shakopee facility, which opened in 2016 and has over 1,000 employees, Amazon made a concerted effort to recruit East African immigrants, according to the New York Times.
Roughly 80% of Somalis in Minnesota are living at or near poverty level, according to the same economic report. (Amazon declined to comment on the demographic breakdown of Shakopee facility workers.)
“The workforce in any given community reflects the community around it,” Dania Rajendra, the director of the Athena, a coalition of organizations focused on confronting Amazon’s growing power. “Amazon’s communications about its changing policies and about what to expect at work is uneven at best. When you add language barriers into an already failing communication mechanism, it just exacerbates all of those challenges.”

Mohamed, who commuted to the facility from where he lives in Minneapolis, about 40 minutes away, speaks English and Somali. He said he had been communicating with colleagues in the facility about coronavirus in English because his colleagues speak a mix of languages, including Spanish.

Some Shakopee workers told CNN Business about what they called a lack of clarity around new policies. In some cases, even those who do understand English well said they are having trouble keeping up with the pace of updates that come in various forms.

Sahro Sharif, an Amazon associate at Shakopee, said the company recently implemented rules on which stairs could be accessed to minimize contact with others. “One you can only go up and the other you can only come down,” said Sharif. “I never even noticed the sign until someone said something to me.”

Amazon said it encourages employees to communicate concerns to management and that all facilities communicate policy updates in a variety of ways, including through on-site teams focused on educating employees about safety measures.

The company has instituted a number of changes at facilities across the country in response to the pandemic. That has included: staggering shift start times and break times to reduce congestion, temperature screenings at the beginning of shifts, and in recent days, requiring workers to wear masks provided by the company. The company said it has made over 150 process updates to date to ensure the health and safety of its employees.

Mohamed, and some of his coworkers, feel he was singled out for speaking up.

“It seems like what they’re trying to say is if this warehouse is dangerous, it’s dangerous because of the workers — not because we have hundreds of workers coming in, touching surfaces or because we are bringing on hundreds of new hires and continuing to ship non-essential stuff,” said William Stolz, an Amazon associate at the facility and friend of Mohamed’s.

“At the same time, they’ve used some of their policies, and the ways they’ve applied them, to target certain people who have been involved in organizing or people who have had more disagreements with management,” Stolz added.

A history of worker complaints and activism

Before coronavirus, Amazon had been criticized over safety concerns and treatment of its workers, including by some at the Shakopee facility. In 2018 and 2019, Minnesota workers, including those CNN Business spoke to for this article, helped lead protests against the company over issues including what they viewed as unrealistic productivity rates.

For some, like Hibaq Mohamed, another Somali immigrant who has worked as an Amazon associate for more than three and a half years at the Shakopee facility and has advocated for changes, getting coronavirus poses a risk not just to her health but also to that of her sister and her sister’s two children, one of whom has severe asthma.

She called the warehouse conditions, which she said are crowded as the company continues to add new hires, “unacceptable, scary and disappointing.”
The company is providing two weeks of paid leave for those who have confirmed cases of the coronavirus or are placed in quarantine. It is also offering unlimited unpaid time off. Amazon said it moved all new hire events and orientations to virtual platforms on March 23.

“They say, if you’re worried about it to go home without pay. We’re living paycheck to paycheck, that’s impossible,” Hibaq said. “When we speak up, we receive what Bashir received. [Amazon is] not focusing on how to protect the community from this coronavirus spreading — they focus on how to shut us up.”

Workers and organizations have filed complaints with the federal government to call attention to issues inside several warehouses across the country. Awood, a Minnesota-based nonprofit that advocates for East African workers, filed an Occupation Safety and Health Administration complaint in early April after an employee at the Shakopee facility was believed by their doctor to have coronavirus. In the complaint, Awood said the company needs to communicate this to workers, as well as close and clean the warehouse and ensure workers do not have to choose between their jobs and their health.

The company said it shares with employees when there is a confirmed case where they work.

Last Wednesday, Democratic Minnesota Rep. Ilhan Omar called for a federal investigation into the firing of Mohamed and the other employee at the facility. In her letter, she called the firings “outrageous” and said they were “a clear violation of whistleblower protection provisions.”

“These accusations are simply unfounded,” said Amazon’s Kish. “Nothing is more important than the safety of our teams. Since the early days of this situation, we have worked closely with health authorities to proactively respond, ensuring we continue to serve customers while taking care of our associates and teams.”

Meanwhile, Mohamed, who continues to consult with his now former colleagues about coronavirus through a WhatsApp group, said he plans to file for unemployment. “My goal,” he said, “is to create a safe place.”