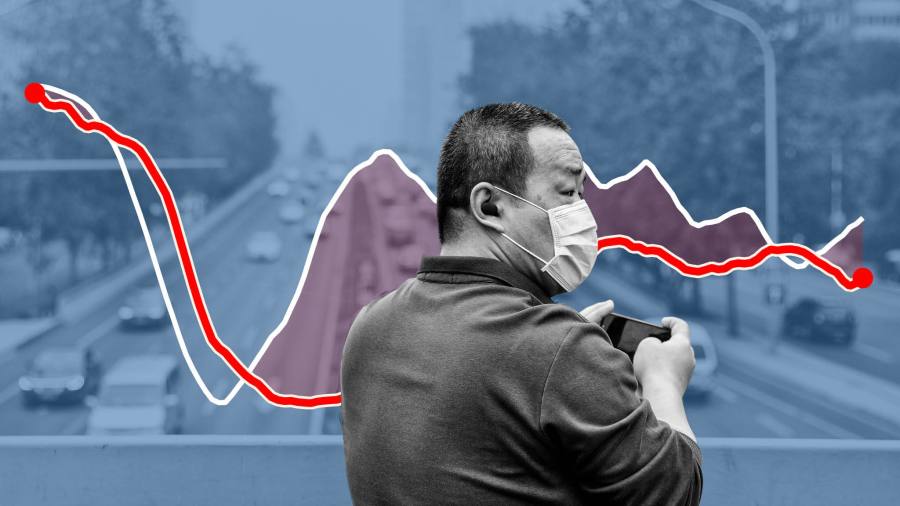 Several US states and European countries are tentatively emerging from tight restrictions on movement put in place to stop the spread of Covid-19. President Donald Trump is itching to reopen the world’s largest economy even as he acknowledges that relaxations could lead to a flare-up of cases. The UK is set to ease certain measures from Monday.

But strategists tracking real-time indicators from countries further along this process, including China, report that it is unlikely that economies will see a quick snap back to normal levels of activity.

“The economics of ending a lockdown depend on fear and confidence,” said Paul Donovan, chief economist at UBS Wealth Management. “If lockdowns end too early and deaths keep rising, that confidence is missing and the economic downturn continues independent of the lockdown policy.” Dana Peterson, an economist at Citigroup, agreed that the “fear factor is really going to matter” as countries lift restrictions.

The push to reopen economies has been one of the factors behind a rebound that has led to global stocks rising by about a quarter from their lows in the March sell-off. On Wall Street, the S&P 500 is just 15 per cent off its all-time high of late February, while the Nasdaq 100 has reached positive territory for the year.

“China is in a sense an important lesson that you can flick a switch but it does not mean that everything is going to come back to normal,” said Ms Peterson.

The challenge to restart could be even greater in western economies, given their greater reliance on industries such as leisure and travel, argued John Stopford, London-based head of multi-asset income at Ninety One, a fund manager. Such industries have borne the brunt of job losses associated with the need for social distancing.

“Markets are pricing in a V-shaped recovery but they have not thought about how protracted the broader economic recovery might be,” he said.

The rally has driven up stock-market valuations. The ratio of stock prices to expected annual earnings has reached 22 times for the S&P 500, according to S&P Capital IQ data — well ahead of the 20-year average of 16 times.

Despite the partial reopening of some US states, some investors expect businesses and the public to remain cautious for the foreseeable future, dampening the recovery.

David Kelly, chief strategist at JPMorgan Asset Management, said: “The recession still looks like a U, not a V, and investors should first make sure their portfolios are positioned to weather a very difficult year ahead before betting too heavily on the strength of an eventual rebound.”

Singapore and South Korea have suffered second waves of infections despite initial success in suppressing the virus. This indicates that a recovery could take much longer than many investors hoped, said Stuart Fiertz, the head of Cheyne Capital, a London-based hedge fund.

“The lessons of 2008 — to have a quick and aggressive policy response — have been taken on board. I take some comfort from that,” he said. “But we are cautious about equity market valuations, given the high degree of uncertainty.”

Germany reopened many of its shops last month, but social distancing rules remain in place, and the early signs are that there is still a substantial drag on the economy.

Public transport use is very low and trucks are still driving far fewer miles across the country than before the virus hit, although traffic congestion has returned more quickly as people opt for cars over buses.

“You are coming back to a much lower level of activity simply because of people not wanting or feeling they should be going out at the same rate as they used to previously,” said James Pomeroy, an economist at HSBC.

This is a risk to the underpinning of stock prices. Although the latest round of corporate earnings reports in the US have made for generally grim reading, many executives have expressed hopes of a swift return to normality. Brian Goldner, chief executive of toymaker Hasbro, said last week he expected economies to “start to get going” and people to return to stores as countries reopened.

Some strategists also think the rapid recovery in stocks is justified. Economists at Goldman Sachs said in a note to clients this week that forecasting market pricing was “especially challenging,” but that the bank’s research indicated that markets normally took account of the outlook for at least the next two years.

“Investors need to consider not only the drop in activity this year, but also the expected rebound next year,” the bank said.