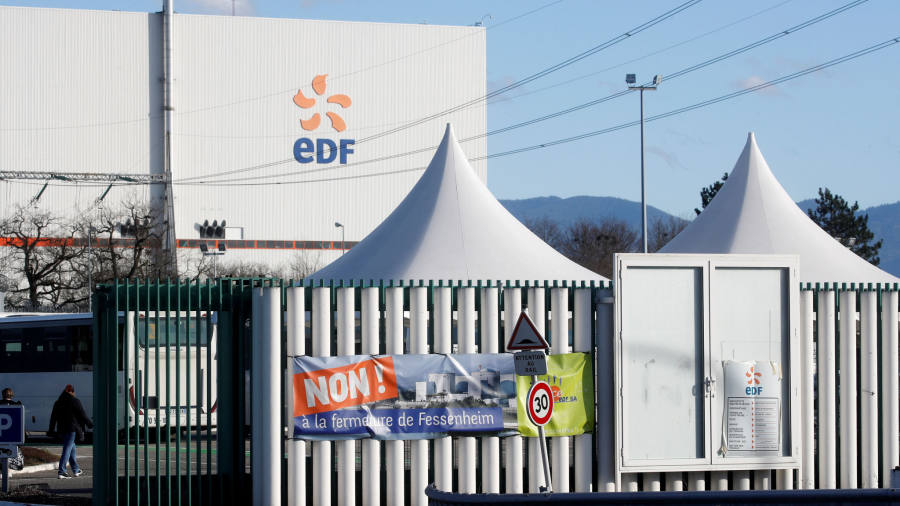 Utilities stocks are the only segment of the European market not in the red this year, as the coronavirus outbreak prompts investors to huddle in classically defensive companies that promise cash returns better than bonds.

The utilities sector — often prized for its low volatility and durable dividends — has done well over the past 18 months, as investors have been spooked by trade wars.

But so far this year it is the only one of 19 subgroups of the Stoxx Europe 600 to have gained, adding about 11 per cent. Over the past month, as fears over the impact of the virus have spread, the utilities sector has added 1.5 per cent, while all other segments in the benchmark have dropped between 5 per cent (real estate) and 20 per cent (travel and leisure).

“Utilities companies’ business isn’t very macro-sensitive — we’ll use energy whether or not we have a recession,” said Emmanuel Cau, European equity strategist at Barclays in London.

Analysts said the recent strong performance of utilities is a reflection of solid demand for bonds, which have rallied in recent weeks as central banks have doubled down on monetary easing measures to alleviate the effects of the outbreak. The lower the yields available from bonds, the more attractive the steady payouts from highly-regulated industries such as utilities, which are sometimes known as “bond proxies.”

Shares in Italy’s Enel have added 14 per cent since the start of the year, while EDF gained 34.7 per cent in the same period, including 17 per cent within the past month. National Grid in the UK has also risen more than 10 per cent this year.

The latter’s prospective dividend yield for 2020 is 4.71 per cent — many times better than the 0.33 per cent annual yield to maturity available from a 10-year gilt.

Mr Cau added: “The sector still looks more attractive than healthcare and staples, and . . . benefits from the decarbonisation revolution, which could boost its profitability and valuation sustainably.”

However, some analysts and investors are wary of the recent surge, arguing that valuations have begun to look stretched. Last week Barclays noted that the forward price/earnings ratio of the European utilities sector was at a 30 per cent premium to its median over the past 10 years — the biggest premium across the market.

Pricing looks unsustainable as the “economic shock” of coronavirus “has not been fully discounted yet,” said Steven Wieting, chief investment strategist at Citi. Investors are likely to favour cyclicals, he said, as the longer-term effects of the outbreak become more clear.

“I’m cautious on utilities,” said Kasper Elmgreen, head of equities at Paris-based Amundi, which manages about €1.7tn of assets. “I think the market potentially underestimates regulatory risk,” he added, referring to the prospect of lower state subsidies and governments potentially reneging on agreements on sustainability.