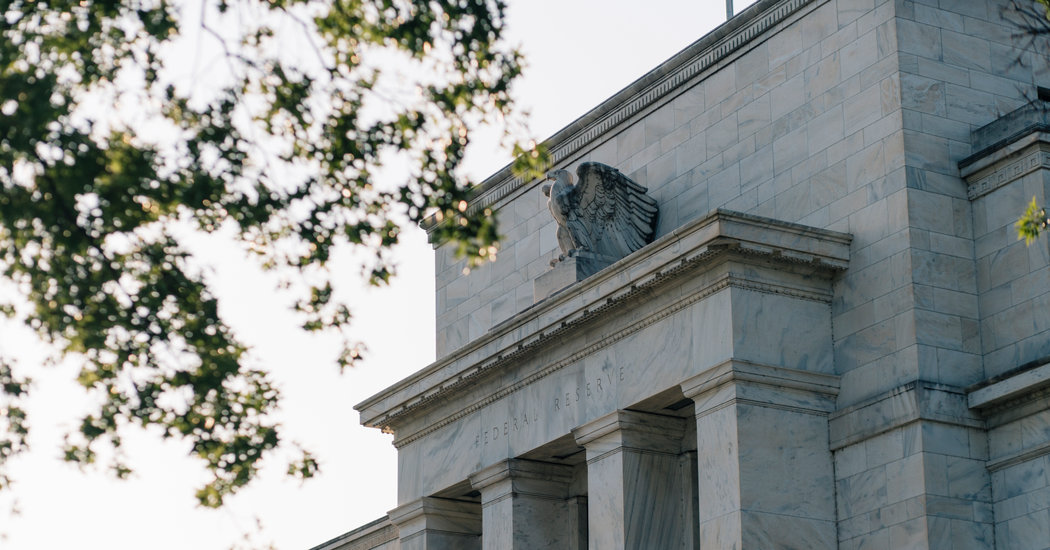 WASHINGTON — The Federal Reserve tiptoed into the market for municipal debt on Friday, a small move that economists, lawmakers and state treasurers say should be expanded as the coronavirus places huge financial pressure on local governments.

The move could keep the mutual funds, popular investments among ordinary workers and companies, from crashing as investors cash out. The funds will now be able to sell off their municipal bond holdings to satisfy those redemptions. It could also help soothe the market for local bonds — used to finance everything from sewer projects to public transportation — where interest rates have surged as investors flee amid coronavirus economic fears.

But it is a limited fix. The setup is probably too narrow to pave the way for state and local governments to issue bonds they might need to raise money going forward, economists said. Democratic lawmakers, a group of state treasurers, and interest groups have all urged the Fed to help municipalities more directly.

“They are trying to fix a market liquidity issue,” Skanda Amarnath, research director at Employ America, a Fed-focused advocacy group, said of the central bank’s move. “You aren’t actually addressing the issue of getting the funds to the entities.”

Friday’s announcement expanded an emergency lending program that the Fed had announced this week. The central bank said in a release late Wednesday that it would establish a so-called Money Market Mutual Fund Liquidity Facility, backed by $10 billion from the Treasury Department. That program was intended to prevent runs on the funds, which many investors use as a short-term place to stash cash for a small return.

The initial program looked much like a version the Fed used in 2008. The municipal debt addition will “enhance the liquidity and functioning of crucial state and municipal money markets,” the Fed said its Friday statement.

The central bank has been coming out with new programs daily to keep markets functioning. From Wall Street to Main Street, Americans are hoarding cash as the coronavirus upends businesses and threatens to plunge the nation into a deep recession.

On Friday alone, it pumped up its efforts to keep dollar funding flowing overseas, increased its daily interventions in the market for short-term loans among banks and ramped up the pace of its mortgage-backed security purchasing schedule. All of those measures were squarely aimed at reducing pressures at the core of the financial system.

Among other things, the credit crunch means there are relatively few buyers for municipal bonds. As a result, yields on those securities have skyrocketed.

The timing couldn’t be worse for the municipal market to dry up. State and local governments have immense funding needs as they try to respond to the public health emergency posed by the virus, and tax revenues are expected to fall as workers lose their jobs.

Some lawmakers have been calling on the Fed to help. Representative Maxine Waters, the California Democrat who leads the House Financial Services Committee, has even proposed requiring the Fed “to support state, territory and local debt issuance in response to the coronavirus outbreak.” Senator Bob Menendez, a New Jersey Democrat, has proposed legislation that would let the Fed snap up local bonds of all maturities.

The central bank could legally buy very short-term municipal debt outright, based on the powers it is granted under the Federal Reserve Act. But it has avoided that path, partly because of the political implications. Doing so would amount to government finance, something central banks globally avoid.

“Munis are a whole different ballgame,” said Ernie Tedeschi, policy economist at Evercore ISI. “Now all of the sudden you run into problems about favoritism, regionalism and picking winners and losers.”

A group of state treasurers sent the Fed’s chair, Jerome H. Powell, a letter on Friday requesting that it use that authority anyway. The Democratic Treasurers Association wrote that “states are taking unprecedented actions to expand health care capacity” and that “at the same time, tax revenues are reducing and financial market turbulence could freeze the municipal bond market.”

“We are seeking the Federal Reserve’s support to ensure that financing constraints do not hinder the necessary response,” they said.