Fed Chair Says Economic Recovery May ‘Stretch’ Through End of 2021 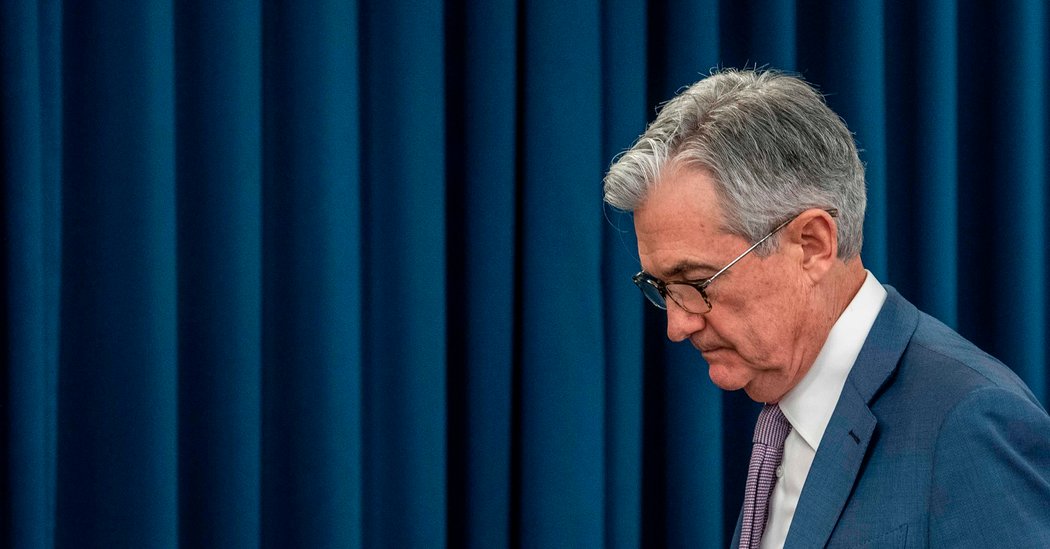 Jerome H. Powell, the Federal Reserve chairman, said that while he expected the United States economy to recover from the sharp and painful downturn brought about by the coronavirus, that process would take time — potentially until the end of 2021.

“This economy will recover; it may take a while,” Mr. Powell said in a preview of the CBS program “60 Minutes” that aired Sunday morning. “It may take a period of time, it could stretch through the end of next year, we don’t really know.”

The Fed has rushed to insulate the economy as coronavirus lockdowns caused a steep drop in growth, leaving more than 36 million people jobless. The question is whether the central bank’s actions will be sufficient if it takes a long time for the economy to fully reopen, leaving businesses short on income for an extended period and increasing the risk that many will close.

Asked whether the economy could recover without an effective vaccine, Mr. Powell suggested that activity could restart before a treatment became available without making a complete rebound.

“Assuming that there’s not a second wave of the coronavirus, I think you’ll see the economy recover steadily through the second half of this year,” he said. “For the economy to fully recover, people will have to be fully confident, and that may have to await the arrival of a vaccine.”

The interview with Mr. Powell, which CBS said was taped on May 13, followed a blunt speech that the Fed chair delivered that same day in which he warned that the economy may need more financial support in order to prevent permanent job losses and waves of bankruptcies.

Fed officials have slashed interest rates to zero, purchased bonds at a record pace to restore order to roiled government bond markets and unveiled a series of emergency lending programs in partnership with the Treasury Department. But those programs can only offer solvent companies debts that they must pay back, which may not be enough for companies facing a monthslong dry spell.

“There is a sense, a growing sense I think, that the recovery will come more slowly than we would like,” Mr. Powell said during the speech at the Peterson Institute for International Economics, in which he noted that “the scope and speed of this downturn are without modern precedent, significantly worse than any recession since World War II.”

Mr. Powell tried to strike a more optimistic tone in his television interview, saying that while “you really can’t put into words the pain people are feeling,” in the longer term “you wouldn’t want to bet against the American economy.”

The Fed chair’s full interview will air on Sunday night.