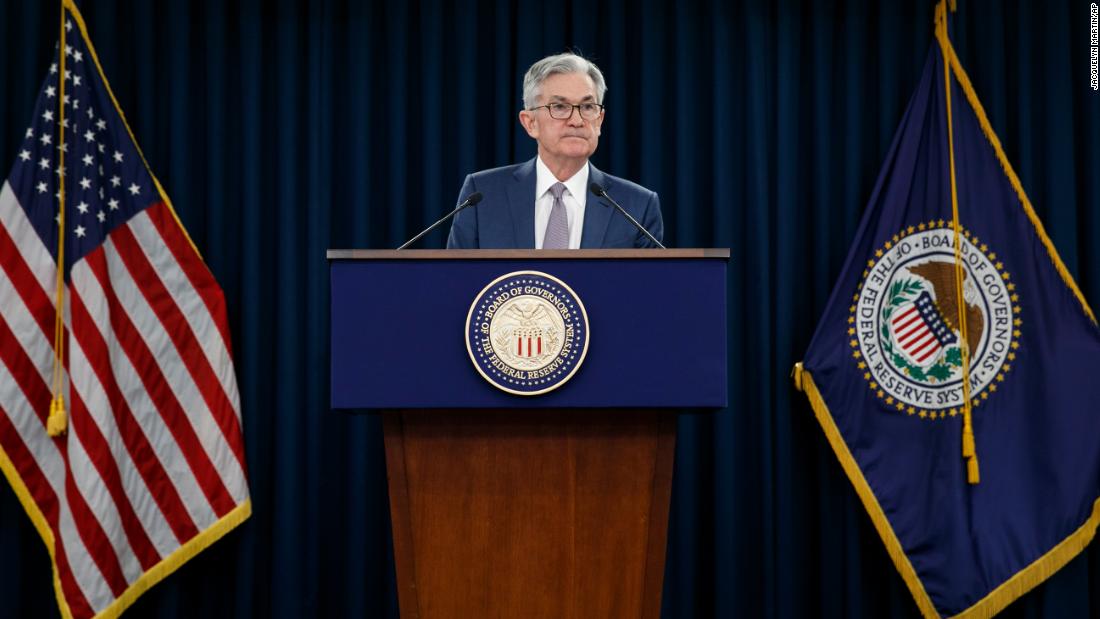 “The coronavirus outbreak is causing tremendous human and economic hardship across the United States and around the world,” the committee said in a statement.

Policymakers agreed following their two-day meeting in Washington to maintain interest rates in the range of zero to 0.25%, as they continue to see signs of a badly damaged economy.

“I don’t think [unemployment] will get anywhere near the historically low levels that we had as recently as February — 3.5%,” said Fed Chairman Jerome Powell in Wednesday’s press conference. “It will take time for that to happen for to us get back to anything that resembles maximum employment.”

Despite the economic hardship, Powell spoke out in favor of stay-at-home policies as an “investment in our individual and collective health.” That said, the economy might need more help to get through the crisis, he said during the press conference.

Economists predict US GDP could contract by as much as 40% on annualized basis between April and June.

The central banks slashed rates in March to prevent an even worse economic fallout from the coronavirus crisis. In addition to cutting rates, it unleashed billions of dollars into the economy to provide liquidity for various lending markets, including the municipal bond market in which states borrow money. The Fed said it will also continue to purchase Treasury securities and residential and commercial mortgage-backed securities to keep those markets liquid and functioning. And the it will continue to offer large-scale repurchase agreements to keep the crucial overnight lending market from collapsing.

Powell, as well as several other Fed board members, have spoken out against dropping rates into negative territory, as some other central banks have done.

“Currently the Fed is essentially pushing harder on the same old levers. We know from the financial crisis that those levers aren’t enough to bring about the sustainable growth, inflation and higher rates that everyone wants,” said James McCann, senior global economist at Aberdeen Standard Investments.

The central bank needs to be bolder instead of resting on its laurels, and increase the scale and scope of its credit easing measures, McCann said.