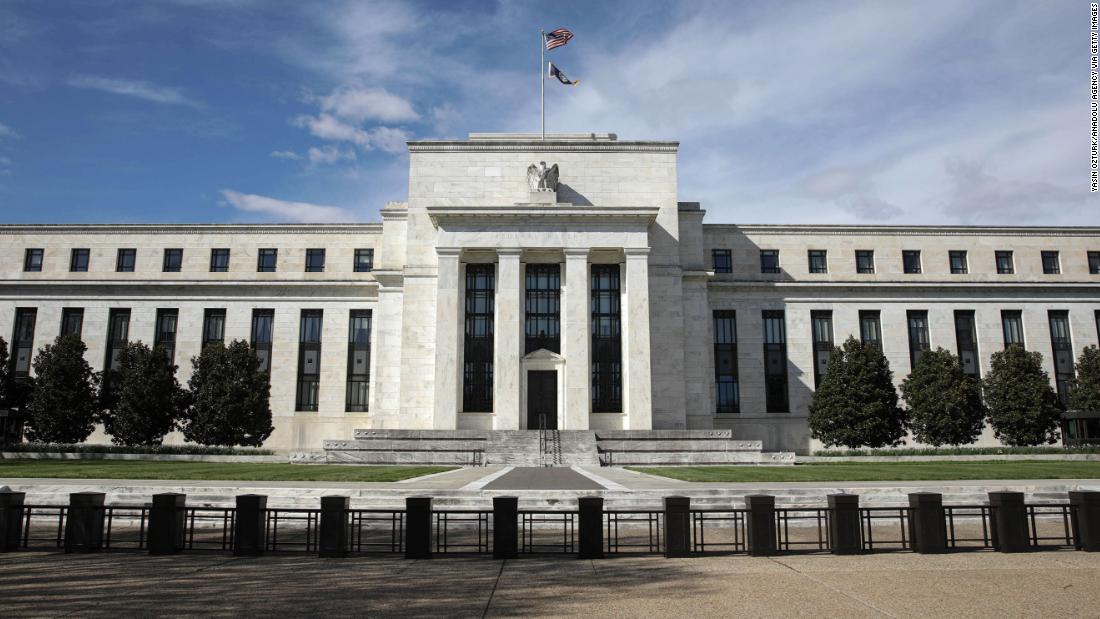 In theory, negative interest rates would motivate more people and businesses to borrow money, which should stimulate the economy. Critics argue that negative rates would penalize people trying to save money, as well as the big banks by forcing them to make unprofitable loans.

Fed Chairman Jerome Powell has repeatedly resisted pressure to slash interest rates below zero, even as central banks in Europe and Japan have gone negative. Powell has also had to push back against calls for negative rates from President Donald Trump.
The Fed has already launched trillions of dollars in stimulus to help struggling consumers, businesses and local governments cope with the economic damage from Covid-19, but some economists say it needs to consider subzero rates to achieve a sustainable recovery.

Researchers for the St. Louis branch of the Fed wrote in a report late last month that the combination of “aggressive fiscal and monetary policies is necessary for the United States to achieve a V-shaped recovery.”

“Aggressive policy means that the US will need to consider negative interest rates and aggressive government spending, such as spending on infrastructure,” said Yi Wen, an economist with the St. Louis Fed, and Brian Reinbold, a research associate, in the report.

Wen and Reinbold argue that negative rates may need to remain in place for years in order to be fully effective.

“These policies also need to continue even when the crisis is about to end to provide a further boost, leading to a more robust recovery,” they wrote, adding that there really needs to be both negative rates and more federal government spending. The Fed can’t do it alone.

“Aggressive monetary policy — such as negative interest rates — may be ineffective on its own without aggressive fiscal stimulus,” Yi and Reinbold wrote.

Most economists expect the Fed to resist going subzero. But there are still some who say the central bank will eventually follow Europe and Japan down that road. Bankrate’s chief financial analyst Greg McBride even said in a report Monday that he thinks negative rates are “inevitable” in the United States.

Powell has called for more fiscal stimulus, but he has stopped short of advocating for negative interest rates. There are good reasons for that.

Negative rates in Japan haven’t led to an economic revival — that economy has remained relatively stagnant for the past three decades. Rates have been below zero in Europe since 2014, and that has hurt savers and created massive problems for giant European financial institutions such as Deutsche Bank (DB).

There are also legitimate concerns that negative rates will severely hurt profits for big banks in the United States. Rates below zero would squeeze the margins of banks’ lending arms. That might cause them to lend less — which could be catastrophic for the economy.

Does Fed still need to be this aggressive after strong jobs report?

US banks are in much better financial shape now than they were at the height of the 2008 global financial crisis. After all, many of the Fed’s stimulus efforts are aimed at encouraging banks to lend more. But the banks would be hurt by lower rates.
The surprisingly strong May jobs report may also convince the Fed that some of its actions are already having the desired outcome and that it does not need to resort to such drastic action as cutting rates below zero.

Some economists are once again talking about the possibility of a quick and steep V-shaped recovery.

Traders are pricing in a 12% chance of a small rate hike at the Fed meeting on Wednesday. That’s up from just 3% odds of a hike a week ago and a 0% probability of a rate increasea month ago.

The odds are still against a rate hike this year, but some experts say the Fed doesn’t want to be trapped in an environment where it has to keep rates this low for as long as did last time around.

“We aren’t expecting a return to the extended zero-rate time frame of 2008 to 2016, but one best measured in quarters, adding up to a couple of years at most,” said Deborah Cunningham, chief investment officer of global liquidity markets for Federated Hermes, in a report last week.

Covid-19 still poses a major public health risk, especially as economies reopen, and a resurgence of cases could deal even more blows to the economy and markets.

Negative rates are probably a last resort for the Fed. But there could be a need for more unconventional moves by the Fed chair if the recovery is jeopardized.

“Powell has signaled that negative interest rates are not in the cards right now,” said Steve Rick, chief economist at CUNA Mutual Group, in a report. “However, if a second wave of the virus hits later this year and the economy takes another fall before it can even get back up on its knees, more drastic monetary measures may be necessary.”