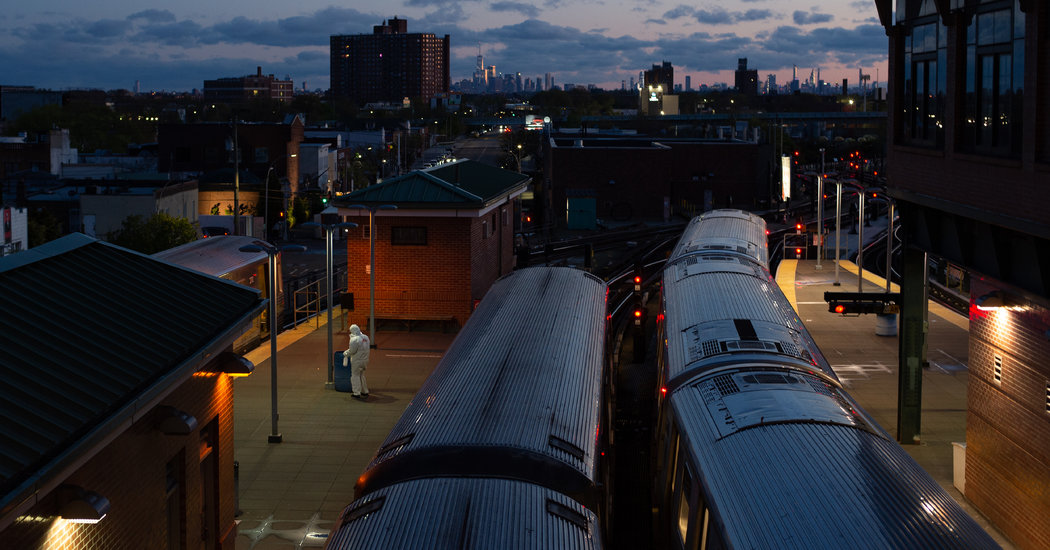 WASHINGTON — The Federal Reserve said on Wednesday that it would allow states to designate some cities, counties and other debt issuers, like mass transit systems, to raise funds by selling debt to the central bank’s municipal bond-buying program.

The Fed’s program, first announced on April 9, was previously able to buy debt only from cities with populations of 250,000 or more and counties with populations of at least 500,000. Those larger cities and counties, along with some entities that work across state lines, remain eligible to sell notes of up to 36 months to the central bank’s facility.

The change means that states that do not have sufficiently large cities or counties — or that have only one — will be able to designate up to two city or county issuers to use the program. Governors from each state will also be able to designate two bond issuers whose revenues come from operating government activities, like public transit, airports or toll facilities.

As a result, the biggest towns or counties in sparsely populated states like Wyoming, and bond issuers like New York’s subway system, may be able to sell debt to the Fed.

The Fed is using its emergency lending powers, which it can tap at times of serious economic stress, to buy state and local debt as a way to keep the markets that governments use to raise cash functioning normally.

“State and local governments provide many of the critical services that people rely on,” Jerome H. Powell, the Fed chair, said last month in a “60 Minutes” interview, adding that it was a “tough time” for those governments. “So that’s one of the reasons why we’ve created a facility to lend money to them,” he said, “to get them through this period of low revenue.”

The Fed’s facility seems poised to help at least some states and large local governments raise short-term funding. Illinois has announced that it is tapping the program, and the Port Authority of New York and New Jersey said last week that its board had also given it permission to apply.

“The Municipal Liquidity Facility is an important and critically valuable short-term backup financial resource as the agency manages its cash flow during this crisis,” Rick Cotton, the Port Authority’s executive director, said in a statement.

New York’s Metropolitan Transportation Authority, which operates the subway system, had been pushing to be included in the Fed’s program, with the authority’s chief executive officer, Patrick Foye, calling the facility a “critical bridge to helping us through the Covid-19 pandemic” in a May 21 letter to Mr. Powell.

The authority could become eligible if Gov. Andrew M. Cuomo of New York designates the subway system one of the state’s two issuers.

But the Fed program may be a limited fix. Many state governments have balanced budget requirements that limit how extensively municipal issuers can take on debt to fund operations.

“State and local governments have to balance their budget, states do,” Mr. Powell said on “60 Minutes.” “And if they can’t do that, what they’ll do is they’ll lay people off and they’ll cut back on services.”

The Fed’s purchases — which could total up to $500 billion — are protected against loss by $35 billion in backing from the Treasury Department, a portion of a $454 billion pot Congress earmarked to support Fed lending programs in the $2 trillion stimulus package.

The facility purchasing the municipal notes, a special-purpose vehicle, became operational on May 26, according to a Fed question-and-answer sheet.