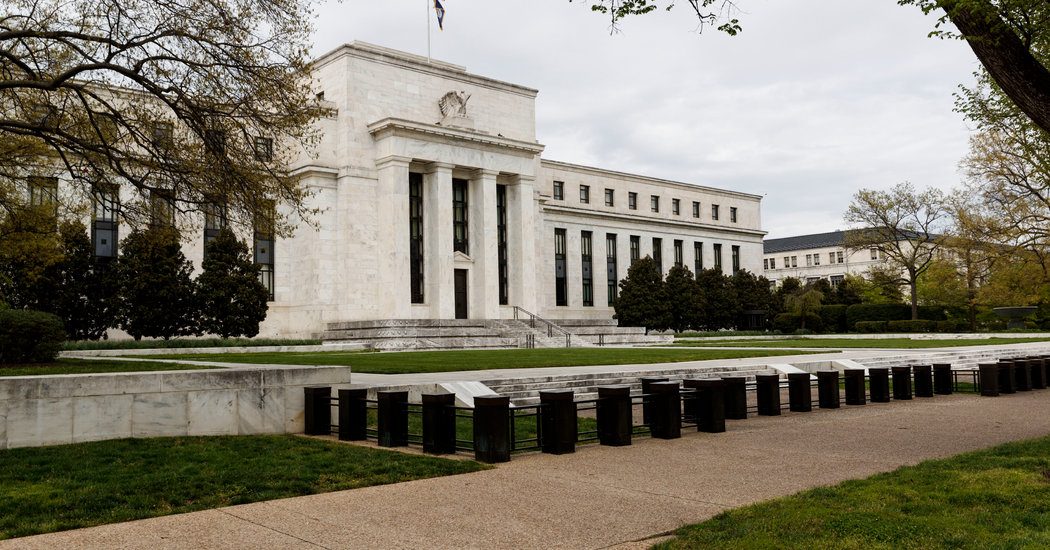 Dividends at the biggest banks will probably amount to about $40 billion this year, according to estimates by Gregg Gelzinis, a senior policy analyst at the left-leaning Center for American Progress. While substantial, that is less than what they will retain by halting share buybacks.

If banks do not do any buybacks this year, it will probably give them an additional $150 billion in capital, he said. So far, they’ve committed to a two-quarter suspension, so are set to preserve about half that.

While Mr. Powell does not appear ready to impose restrictions, minutes of the Fed’s March 15 meeting show that some Fed officials believe the central bank should be making sure that firms hang on to all the cash that they can in an uncertain environment.

“Several participants commented that banks should be discouraged from repurchasing shares from, or paying dividends to, their equity holders,” according to the minutes, which were released last week.

And the Bank for International Settlements, which advises global central banks, said in a new brief that while a blanket restriction on payouts would “reduce banks’ attractiveness to investors,” it would also “limit the risk of signaling a bank’s relative weakness.”

Some former Fed officials agree that the central bank should consider constraining payouts.

“We learned that we let way too much money out the door in that crisis,” Janet L. Yellen, the former Fed chair, said of 2008. She hasn’t talked to Fed officials about their current thinking, but believes they should ask banks to halt dividends. “We don’t know where this is going, this is really a tail event and a great threat to the country.”

If the Fed halts dividends while banks are still functioning normally, it would come across as precautionary to investors, said Daniel K. Tarullo, a former Fed governor and a key architect of much of the post-crisis bank regulatory regime. If it waits to take that step further down the road, when signs of financial system trouble are mounting, it could instead be read as a signal of trouble.