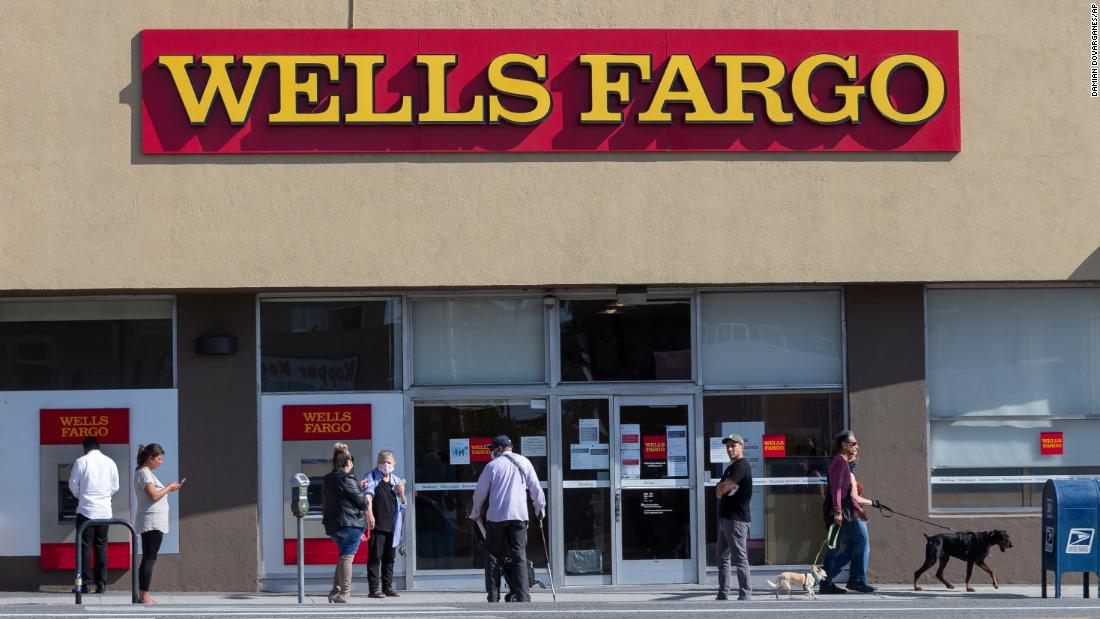 The Fed said in a statement Wednesday it is lifting the growth restrictions, first imposed on Wells Fargo (WFC) in 2018, because of the “extraordinary disruptions from the coronavirus.”
The change will allow Wells Fargo to participate only in emergency programs designed to help companies harmed by the health crisis, including a forgivable loan program for small businesses. The Fed said the so-called asset cap will be snapped back on once those emergency programs are inactive.

Even though the asset cap was imposed to punish Wells Fargo for a series of scandals, some say those tough sanctions were unintentionally penalizing small businesses. That’s because before the coronavirus crisis, Wells Fargo was brushing up against the $2 trillion cap to its assets. That limited the bank’s flexibility to make new loans — without selling existing ones.

Wells Fargo even recently suggested the asset cap was limiting its ability to participate in the forgivable loan program, known as the Paycheck Protection Program.

Even some critics of big banks, such as former FDIC chief Sheila Bair, urged the Fed in recent days to temporarily take the shackles off Wells Fargo.

“I applaud the Fed’s decision,” Bair, who led the FDIC during the 2008 financial crisis, told CNN Business on Wednesday. “This will add much needed capacity to the government’s small business lending efforts.”

“In the extraordinary circumstances caused by the pandemic, whatever gets help to Main Street businesses the fastest should be done,” said Kelleher, who last month called for the Fed to lift the asset cap. “The Fed, to its credit, recognizes that Wells Fargo was ideally situated to provide that relief to Main Street, but for the cap.”

Wells Fargo shares hit session highs on the news. The bank did not immediately respond to a request for comment.

The moves do not mean that Wells Fargo’s regulatory troubles are over. The Fed’s statement said it “continues to hold the company accountable” for addressing the “widespread breakdowns” that harmed consumers.