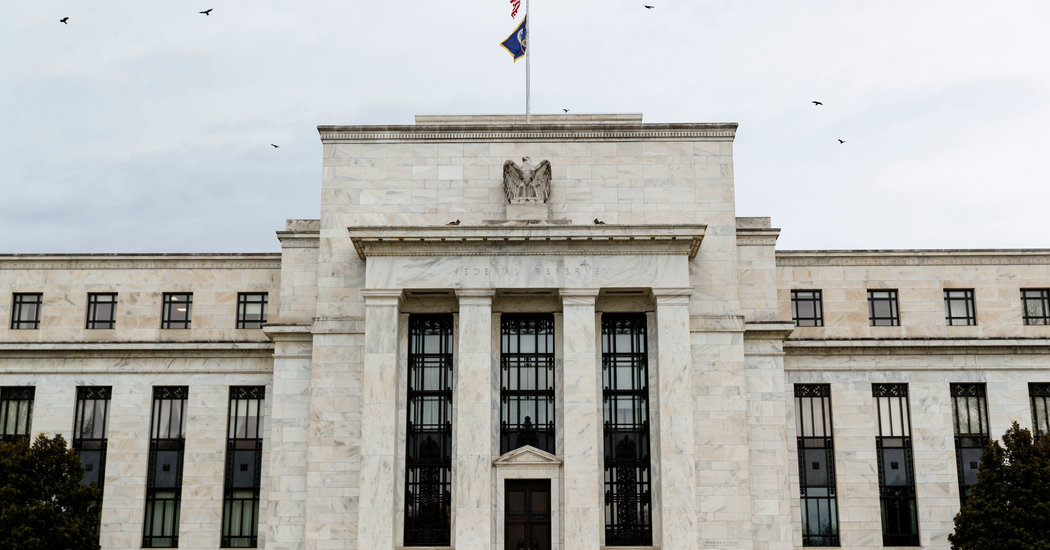 The Federal Reserve pledged on Wednesday to do what it could to insulate the economy as coronavirus lockdowns took a severe toll on economic growth, underlining that it would keep interest rates near zero until a recovery was well underway.

The central bank “is committed to using its full range of tools to support the U.S. economy in this challenging time,” officials said in a statement, after deciding to leave rates unchanged and promising to continue buying bonds “in the amounts needed to support smooth market functioning.”

Officials gathered virtually for their first regularly scheduled meeting since the crisis took hold. They had already slashed interest rates to near zero at two emergency meetings in March, and have been buying large quantities of government and mortgage-backed debt to keep critical markets functioning.

“The ongoing public health crisis will weigh heavily on economic activity, employment and inflation in the near term,” the Fed said. The crisis “poses considerable risks to the economic outlook over the medium term,” it added.

The central bank said it expected to maintain its current target interest rate, which is set in a range between zero and a quarter of a percentage point, “until it is confident that the economy has weathered recent events and is on track to achieve its maximum employment and price stability goals.”

The Fed’s Washington-based board has unveiled a spate of emergency programs that either buy debt or lend money into critical sectors. Congress handed the Treasury Department $454 billion to support the Fed’s programs, which need to be protected against credit losses. Officials have used that backing to push the Fed’s emergency lending powers further than they went even in the depths of the 2008 financial crisis: They plan to buy municipal debt and to help both large and midsize companies gain access to credit.

The efforts come as quarantines and stay-at-home orders hurt economic growth. The economy contracted at a 4.8 percent annualized rate in the first quarter, the worst reading since 2008, as spending on services plummeted. That ended the longest United States economic expansion on record, but it probably only scraped the surface of the coronavirus damage, since lockdowns started toward the end of the quarter. Analysts expect the economy to shrink by 25 percent in the three months through June, based on the median in a Bloomberg survey.

The Fed chair, Jerome H. Powell, will give a virtual news conference at 2:30 p.m., at which he could offer additional details on the lending programs, several of which are not yet up and running, and on the Fed’s economic outlook.

“They have a lot of balls still in the air,” Seth Carpenter, the chief United States economist at UBS and a former Fed official, said before the meeting. “They don’t know where the bottom is yet.”