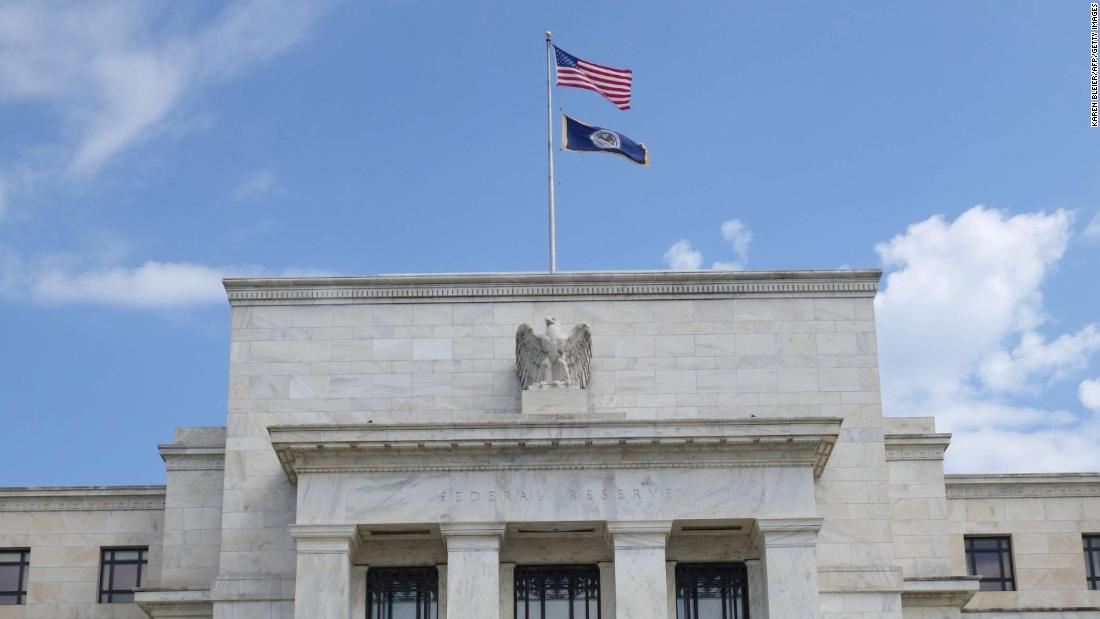 The US central bank’s moves are aimed at stabilizing the commercial paper market, where during normal times businesses can easily get short-term loans to pay workers and finance inventories.
Like other funding markets, the commercial paper market broke down in recent days, raising fears that coronavirus-ravaged companies would lose access to credit just as they need it most. That would have a cascading effect, forcing cash-strapped businesses to lay off workers and scrap spending plans.

“The commercial paper market has been under considerable strain in recent days as businesses and households face greater uncertainty in light of the coronavirus outbreak,” the Fed said in a statement.

Citing its emergency powers under Section 13(3) of the Federal Reserve Act, the central bank said it will purchase commercial paper from highly-rated borrowers. This will help businesses “maintain employment and investment as the nation deals with the coronavirus outbreak,” the Fed said.

“We did the same thing during the Global Financial Crisis of 2008,” Richard Fisher, who led the Dallas Fed at the time, told CNN Business in an email. “It is entirely appropriate to reactivate that tool today.”

Fisher explained that commercial paper pipelines are the “lifelines of businesses” and “must be unclogged” by the Fed.

The current cash crunch in the commercial paper market is being driven by several fronts.

First, major companies are racing to raise cash that can be used to offset revenue shortfalls caused by coronavirus disruptions. The health crisis has forced countless flights and cruises to be canceled. Retailers including Apple (AAPL) and Nike (NKE) are shutting their stores. Casinos in Las Vegas are going dark. All of those industries face cash squeezes as they try to pay workers and vendors.

At the same time, lenders are leery of extending credit to stressed companies as a potential recession looms. That has cut off access to cheap credit.

“Lenders are worried borrowers won’t be able to pay back. So they’re demanding astronomical interest rates,” said Sarah Bloom Raskin, a former Federal Reserve governor who is now a professor at Duke University.

“This is a way for the Fed to say to the lenders, ‘Look, there’s plenty of money here. We’re going to make you whole. Don’t worry,'” Raskin said.

The Fed said that the new program will be backed by the Treasury Department, which is providing $10 billion of credit protection to the Fed from the exchange stabilization fund.

“We heard loud and clear there were liquidity issues,” Treasury Secretary Steven Mnuchin told reporters during a press conference Tuesday. “This is a $1 trillion market that is critical to American workers, American businesses and American savers.”

Money market funds, where many savers park money, act as the lenders to the commercial paper market.

More work to do?

This is on top of the Fed’s other recent emergency actions. The US central bank slashed interest rates by a full percentage point to zero on Sunday in a bid to restore confidence. The Fed is also dusting off its quantitative easing program from the 2008 crisis. The US central bank officially launched its fourth QE initiative on Sunday by promising to buy $700 billion of bonds.

Bank regulators have also eased capital rules to give banks more flexibility to extend credit to households and businesses.

Taken together, regulators are racing to limit the damage caused by the coronavirus.

“This is an attempt to deal with the economic fallout from the healthcare crisis and try to prevent it from becoming a financial crisis,” said Kathy Jones, chief fixed income strategist at the Schwab Center for Financial Research.

But the Fed will likely need to do more to shore up the financial system.

In particular, analysts at Cowen Washington Research Group predicted the Fed will need to create a broad credit facility that can be used to help stressed industries.