Fed under pressure to be clearer on coronavirus outlook 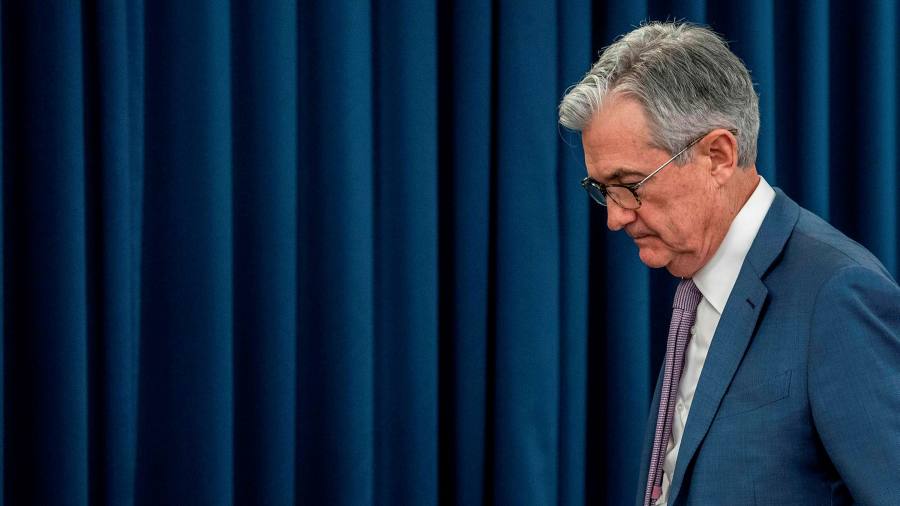 Federal Reserve officials face a debate on whether to offer more guidance on the US central bank’s policies during the coronavirus pandemic, but are unlikely to make big moves at their meeting this week.

Some investors would like to see Jay Powell, the Fed chairman, be clearer on the path of interest rates and the pace and duration of asset purchases to reinforce the US central bank’s extraordinary actions to support the economy over the past two months.

But US central bankers are likely to be cautious, refraining from any new commitments that might limit their flexibility in an economic environment that is still highly uncertain, according to economists and strategists who closely follow the Fed.

At a gathering of the FOMC set for Tuesday and Wednesday, Mr Powell can claim to have been largely successful at calming markets that had become wracked by volatility since the outbreak began in the US.

Since early March, the Fed has undertaken a number of emergency measures to offset the sudden cratering of the American economy. These include slashing interest rates, reviving large-scale asset purchases, and setting up facilities to pump liquidity into many corners of financial markets. The moves have provided assurance that the US central bank was prepared to pull out all the stops to prevent an economic depression.

Even though it is possible that the Fed could make tweaks to some of its credit facilities and offer a more detailed assessment of the dire economic outlook, it is unlikely to venture much further on monetary policy, as it assesses the impact of its moves so far.

“You roll with what you’ve got and I think the main challenge for Powell is to keep it straight,” said Julia Coronado, president of Macropolicy Perspectives, adding that the Fed had been effective at showing that they were taking the crisis seriously while reassuring people about the tools they had to tackle it. “You want to hold on to that confidence and that momentum.”

Michael Feroli, an economist at JPMorgan Chase, said: “We don’t expect any major announcements coming out of [the] FOMC meeting. The Fed’s focus in recent months has been on the rollout of its alphabet soup of lending programmes. We believe that will continue to be the case.”

Yet a discussion is nonetheless likely to gain traction within the US central bank about what additional signals need to be sent on monetary policy. In March, the FOMC said it would keep rates close to zero until it was “confident that the economy has weathered recent events and is on track to achieve its maximum employment and price stability goals”.

Kristina Hooper, chief global market strategist at Invesco, said this was “very confusing” and she expected at least some clarification from Mr Powell and the FOMC. “Everyone asked which do they mean? Once the pandemic is behind us, or once the economy is well on its way to achieving [its mandate]?” she said.

According to the minutes of the two emergency March meetings, some Fed officials were already musing about the introduction of “new forward guidance or balance measures” — an idea that some Fed watchers have endorsed.

Krishna Guha and Simon Potter, two former New York Fed officials, have called for “aggressive” forward guidance by the Fed to keep interest rates at zero until unemployment is back down to 4 per cent and inflation has averaged 2.5 per cent since the start of 2020 [a higher rate than the 2 per cent the Fed seeks over the longer run] with extra support from a large quantitative easing programme.

Though Mr Guha does not expect the Fed to roll out such a plan at the coming meeting, he said acting early to provide a strong commitment could help prevent deflation and reduce the likelihood that the Fed might have to consider negative rates later on, stressing that inaction has drawbacks. “There are costs to delay: decisions are being made now — not in the summer or the fall — by households and businesses as to whether to take on additional debt to bridge through to a brighter future or whether to hunker down and cut costs,” Mr Guha said.

Bob Michele, chief investment officer at JPMorgan Asset Management, said the Fed should eventually consider so-called “yield curve control”, a policy tool last used during the second world war. This measure would have the Fed set targets for Treasury yields and then commit to buying or selling as many bonds as necessary to maintain these levels.

Japan’s central bank has long employed this policy, targeting its 10-year yields. Australia most recently embraced it, setting a target for three-year government bond yields. The Fed itself has entertained the idea, with Mr Powell and Richard Clarida, the Fed’s vice-chair, acknowledging last year that it was a policy the central bank would consider in an economic downturn.

“As soon as you go to yield curve control, you are suggesting that you are here for a prolonged period of time,” said Mr Michele, noting he could see the Fed targeting five-year Treasury yields as early as July.

But other economists and investors are sceptical that bolder monetary action is needed quickly. Rick Rieder, BlackRock’s chief investment officer of global fixed income, pushed back on the idea of yield curve control, saying it unnecessarily limited the Fed.

“Anytime you tie the Fed’s hands to any singular metric, it creates weird aberrations and it puts them in a very difficult spot,” he said.

“They have been pretty clear that they are not going to raise rates until we’re well into an economic recovery. That is pretty good forward guidance.”

Ms Hooper said the dilemma for Mr Powell at this delicate stage was plain: “It really is about clarity versus flexibility. And I think chair Powell is getting more skilled at managing that.”